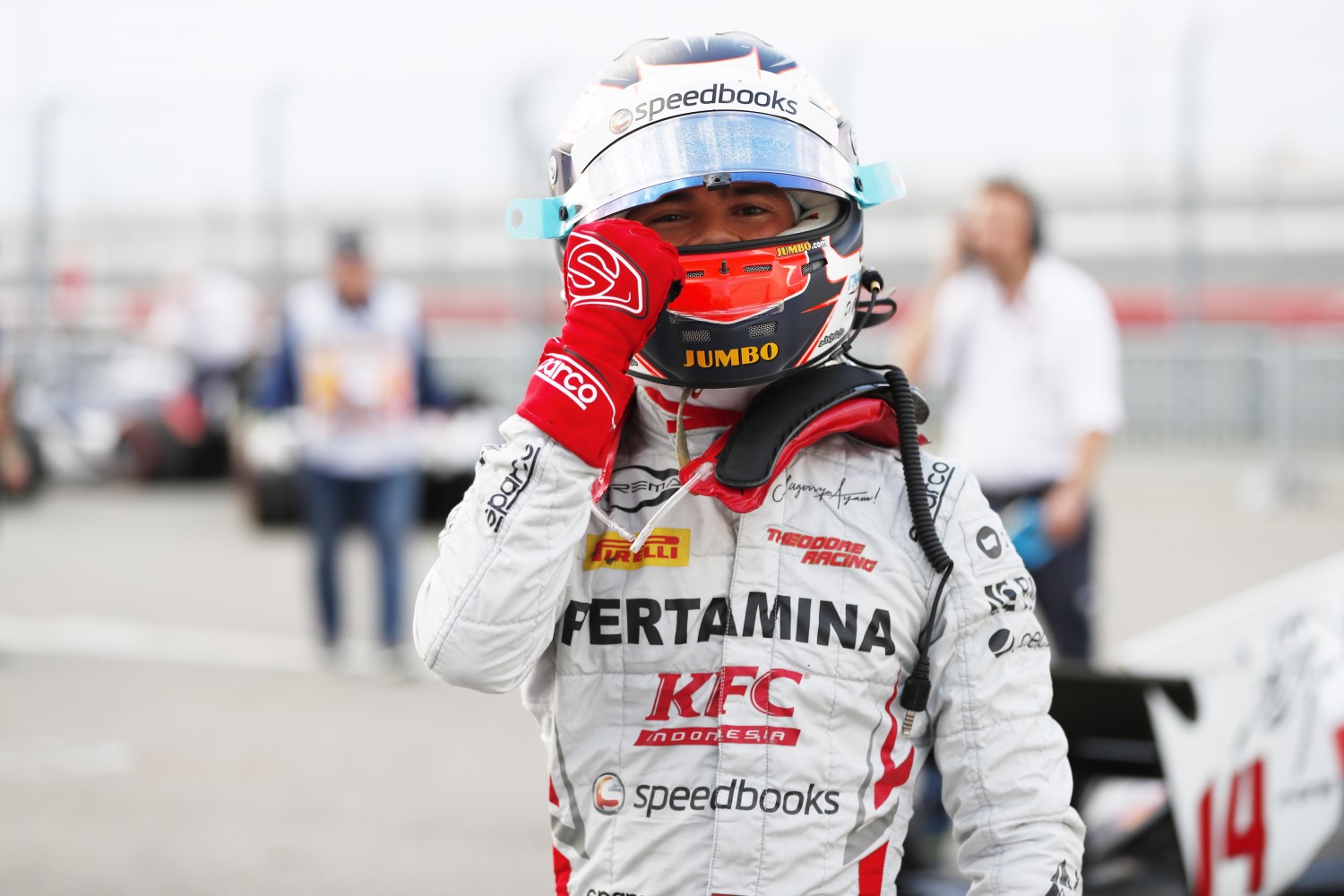 Nyck de Vries collected his second FIA Formula 2 Championship pole position of the season in Qualifying at Sochi, Russia, powering his way to a 1:46.476 on his second set of tires. The PERTAMINA PREMA Theodore Racing driver held on from a late Lando Norris lap, which shunted George Russell down to third on the grid for Saturday’s Feature Race.

Jack Aitken brought the running underway, poking his nose out of the pits ahead of Norris, Sergio Sette Camara and Russell. First to post a flying lap, Aitken was immediately dispatched by Norris, before Russell went half a second faster moments before the session was red flagged – Arjun Maini spun and was unable to get going, and was wheeled off the road before qualifying resumed.

At the restart, the field persisted with the same set of tires and went out for a second set of push laps; Nyck de Vries hammered in a purple first sector, but was unable to convert his pace into a lap which could challenge for pole – instead, Russell extended his advantage with a trio of purple sectors to head into the midway point of the session on top.

Aitken began proceedings once more after the field had bolted on fresh sets of supersoft tires. Crucially, Russell was unable to take advantage and was far slower on his next run as he sought to build his advantage at the top. Next, Sette Camara and Alexander Albon began to challenge – the latter falling just over a tenth behind Russell’s benchmark.

With some impressive sector times behind him, de Vries then surged to first position, denying Russell a fifth pole of the season ahead of the final minute of running. The Brit attempted to return the favor, but his quickest effort was 0.363s down on de Vries’ best. Norris then pushed Russell down to third, claiming his first front row start since the round in Austria.

Nicholas Latifi beat DAMS teammate Albon to fourth having trumped the Thai driver’s middle sector, while Luca Ghiotto displaced Tadasuke Makino from sixth late on in the session. Sette Camara could only manage eighth, as Aitken and Maximilian Gunther completed the top half of the field.