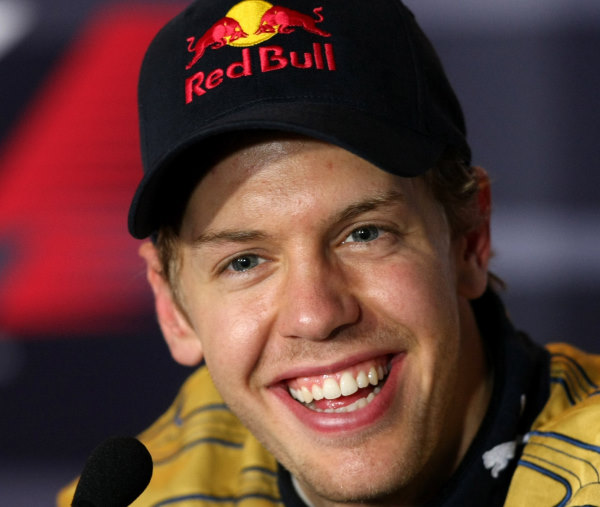 UPDATE (GMM) Stefano Domenicali has refused to rule out the possibility that Sebastian Vettel will one day reside a Ferrari cockpit.

The widespread rumor of the moment is that Fernando Alonso is the closest outsider to a seat with the famous Italian team.

"I like him very much; his character is very positive and independent," Ferrari's team principal said of the German youngster.

"For his age he is far ahead both technically and mentally," Domenicali told Germany's Auto Bild.

The Italian acknowledged that Michael Schumacher, Ferrari's most successful driver in history and now an advisor to the Maranello team, holds his compatriot in high regard.

"He has no doubts about how good Sebastian is," Domenicali said.

Domenicali was cautious when asked about the candidacy as the FIA's next president of Jean Todt, his predecessor as Ferrari team principal.

"Jean was my boss and I know that he was very good when it came to matters about formula one. More I cannot say," he answered.

07/02/09 (GMM) Earlier this week, perhaps because formula one is in a rare news trough, a report in the newspaper Diario AS caused an international stir.

The Spanish publication named September 11 2009 as the date on which Fernando Alonso will perhaps be unveiled as a Ferrari driver for the next five world championships.

But also in the report was the suggestion that the Italian team may be planning a wholesale change, with Sebastian Vettel also in its sights.

The Vettel element of the story was picked up by Germany's major daily Bild, adding that Bernie Ecclestone is also keen to see the 21-year-old in a red car but that it might not happen for contractual reasons until 2011.

Red Bull's Christian Horner said: "Bernie is sort of like Sebastian's secret manager. He likes him very much and watches out for him.

"But why would Sebastian want to leave us? At the moment we're at the front and Ferrari are not," the team boss added.