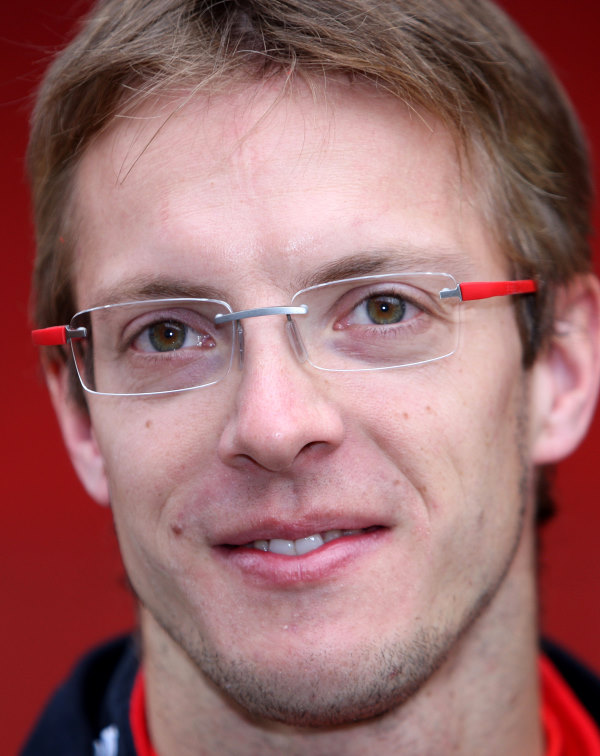 UPDATE #8 Despite vehemently denying he was going to be fired and getting nasty with the media (typical for him), this rumor is now upgraded to 'fact' per the team's announcement that Bourdais has indeed been sacked. See Hot News.

07/13/09 Toro Rosso will confirm tomorrow that the Frenchman Sébastien Bourdais has left the team, with Jaime Alguersuari poised to become the youngest driver in Formula One history.

Since entering into Formula One after winning four successive ChampCar titles in the United States from 2004-2007, Bourdais has struggled, winning just six points from the 27 grands prix in which he competed.

In his last race for Toro Rosso, Bourdais was forced to retire from the German grand prix at the NÃ¼rburgring yesterday with a hydraulic failure. Although the Toro Rosso team principal, Franz Tost, refused to confirm Bourdais' departure after the race, the reserve and test driver Alguersuari is expected to replace him for the rest of the season. The Guardian

07/13/09 (GMM) Jaime Alguersuari on Monday indicated that Sebastien Bourdais has been ousted from his race seat at Toro Rosso.

The 19-year-old Spaniard is the favorite to replace Frenchman Bourdais, whose immediate exit from the Red Bull-owned team is expected to be confirmed on Tuesday.

Alguersuari told Radio Catalunya: "He is 30, he has a daughter, has won four championships in the American Champ Cars, won the F3000 here in Europe and, honestly, is a highly trained driver.

"But it seems that this year he has not given it everything, as he should have.

"I truly believe that the decision by Red Bull is just, but it is never nice to see someone taken away after half a season," Alguersuari added.

If he makes his debut as expected in Hungary in two weeks, the Spaniard – not yet 19 and a half years old – would be the youngest ever formula one race driver.

The Frenchman was the subject of intense speculation all weekend that the Red Bull-owned team wants to immediately replace him with 19-year-old rookie Jaime Alguersuari.

After Bourdais, 30, retired from the race with hydraulic failure, his warm embrace with Giorgio Ascanelli was interpreted by some as a farewell.

The only mention of the driver in the post-race press release was that "we unfortunately suffered a hydraulic failure on Bourdais' car".

Also significantly, his manager Nicolas Todt refused to comment at all on the issue before leaving Germany, and Bourdais once again lost his temper with the media.

Questioned by the French broadcaster TF1, the arrogant Frog snapped: "Stop making me talk about this, is that clear? I am under contract. I will be in Hungary."

07/12/09 According to our very reliable sources, the rumors that are currently making the rounds in regard to the imminent departure of Scuderia Toro Rosso driver Sebastien Bourdais are very much on the money. The word in the Nurburgring paddock is that the four time Champ Car champion will be ousted from the team, as early as the end of Sunday afternoon’s race with new Red Bull test driver, Jaime Alguersuari.

The 19 year old Spaniard was named as a replacement for New Zealand driver Brendon Hartley at the beginning of the month and word is it was done that way so that he would be in line to take over from Bourdais at a moment’s notice.

That notice is said to come after the German GP. Bourdais qualified twentieth and last for this weekend’s German Grand Prix, the Frenchman cementing the fact that he just isn't fast enough.

07/11/09 Jaime Alguersuari could become Formula One's newest recruit at the Hungarian Grand Prix later this month. Speculation has been growing that the 19-year-old Spaniard is to replace Sebastien Bourdais at Toro Rosso after the Frenchman's lackluster performances so far this season.

07/09/09 Sebastian Bourdais has rubbished rumors that his time at Toro Rosso is set to come to an end after this weekend's German GP. According to reports in the French media, Toro Rosso have opted to replace Bourdais after the Frenchman was outdone by his rookie team-mate Seb Buemi in the first half of this year's campaign. Bourdais, though, says this is rubbish [Really Sebastien?].

"This rumor has been around since the middle of last season," the 30-year-old told Autosport.

"What can I say? I haven't received any notice from the team that this is my last race so as far as I am concerned it is still a rumor.

"I've got a job to do and that's what I've got to concentrate on. I can't control what people say or where it is coming from.

"It's very unfortunate but there's nothing we can do about it. Someone puts it out and now it is all over the place."

07/09/09 Sunday will be the last Grand Prix for Sebastien Bourdais at Toro Rosso. There have been persistent rumors that the Frenchman is on thin ice, but Bourdais denied them today,

“What can I say? I haven’t received any notice from the team that this is my last race so as far as I am concerned it is still a rumor," he said.

Apparently it is not a rumor, it is a fact and he will be replaced by the recently installed reserve driver Jaime Alguersuari. WordPress.com

07/09/09 (GMM) Sebastien Bourdais' future is once again the object of speculation, with the French publication Auto Hebdo publishing rumors that his Toro Rosso seat is in immediate danger.

The report comes shortly in the wake of Spanish teenager Jaime Alguersuari's claim that, although newly ensconced as Red Bull's F1 reserve driver, his grand prix debut could actually be made in 2009.

Auto Hebdo claims the energy drink company's motor sport chiefs are unhappy with 30-year-old Bourdais and have given the Frenchman just one more race – this weekend at the Nurburgring – to prove he should retain the race seat at Faenza.

As well as 19-year-old Alguersuari, Giorgio Pantano and Bruno Senna were named as possible replacements.