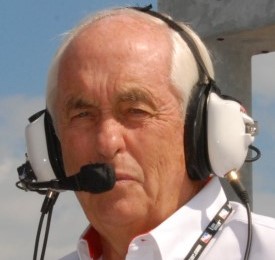 With rumors swirling that the IRL is ripe for buying, besides the NASCAR rumor, another scenario would be the team owners getting together and taking it over. They did it with CART and the man very much behind its success was Roger Penske.

Penske is the only team owner with the automotive contacts and respect in the industry to pull it off. In fact one of my articles years ago when the IRL and CART/Champ Car were butting horns and we all watched in horror as the sport was being destroyed, I recommended that Roger Penske would have been the best person to run a unified series. He had the power, the money and the political clout to stave off NASCAR and Bernie Ecclestone, who appeared hell bent on seeing CART and later Champ Car eliminated.

In his latest SPEEDTV.com mailbag Robin Miller says he has heard one team owner may be making contingency plans in case there is an IRL fire sale.