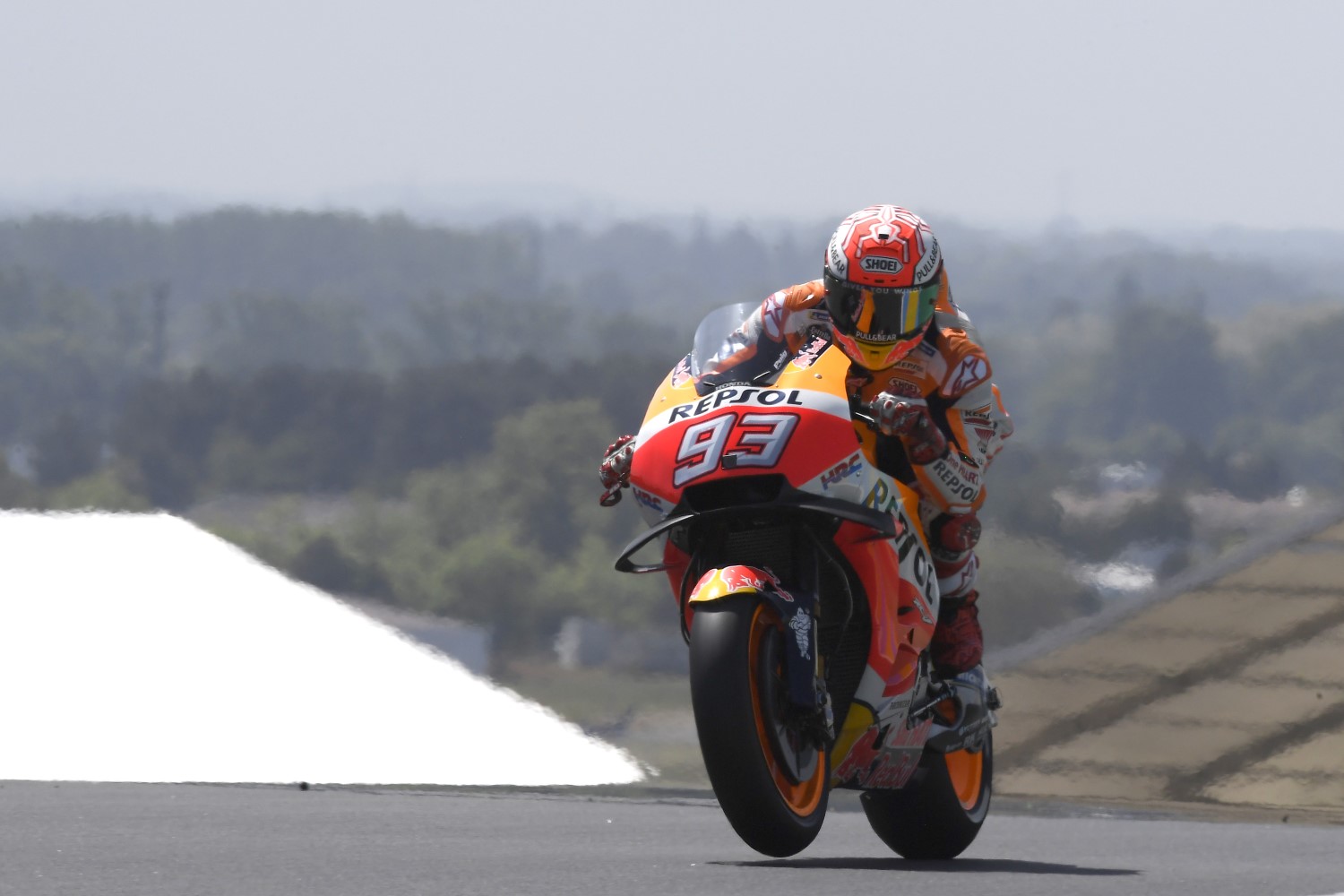 Andrea Dovizioso (Ducati Team), fresh from signing a new contract with the Ducati Bologna factory, was the quickest man on the opening day at the HJC Helmets Grand Prix de France, setting a new circuit record with a 1:31.936 – the only rider to delve into the 1:31’s. FP1 and World Championship leader Marc Marquez (Repsol Honda Team) ended the day in second, 0.168 behind, with Valentino Rossi (Movistar Yamaha MotoGP) a further 0.075 seconds back on board his M1, the ‘Doctor’ ended the day P3 overall.

Maverick Vinales (Movistar Yamaha MotoGP) ended the day fourth overall, the Spaniard was third in FP1, but left it late to jump up into the top five in FP2. Johann Zarco (Monster Yamaha Tech 3) was fifth in front of his home crowd, with the Frenchman was also fifth in FP1, confirming his solid pace in Le Mans.

Alma Pramac Racing’s Jack Miller was sixth on the combined Free Practice timesheets, the Australian was in and around the top eight throughout FP2 and looks good for an automatic Q2 spot after ending FP1 in P12. Espargaro had a good showing on KTM, despite his early crash. He ended the day seventh quickest, building on his P10 in FP1.

Dani Pedrosa (Repsol Honda Team), sporting a new aerodynamic fairing in FP2, jumped up to eighth on his final lap to grab a provisional Q2 spot. Aleix Espargaro (Aprilia Racing Team Gresini) impressed again to finish ninth in FP2, getting himself into the top ten after ending the morning session in P14. Rounding out the top ten was Jorge Lorenzo (Ducati Team), the Spaniard finished eighth this morning, dropping two positions in the afternoon.

Cal Crutchlow (LCR Honda Castrol), who was inside the top three for most of the session, crashed on his final run to end the day outside the top ten in P11, after a flurry of quick times from the riders on fresh rubber – rider ok.

Marc Marquez
"Luckily we had two full dry sessions to start our work on the bike, and the weather forecasts are also pretty good for the rest of the weekend–not really a given here in Le Mans. So we had the opportunity to work on our race setup, and we concentrated on trying to understand the tires. We tried all the rear tires, and we just missed trying the hard front, which we want to check tomorrow. Today I did my fastest time with the hard rear spec, which had about 10 laps on it. It was a positive first day but we need to keep working, as we want to improve a bit of everything in the setup since everything seems really, really tight here."