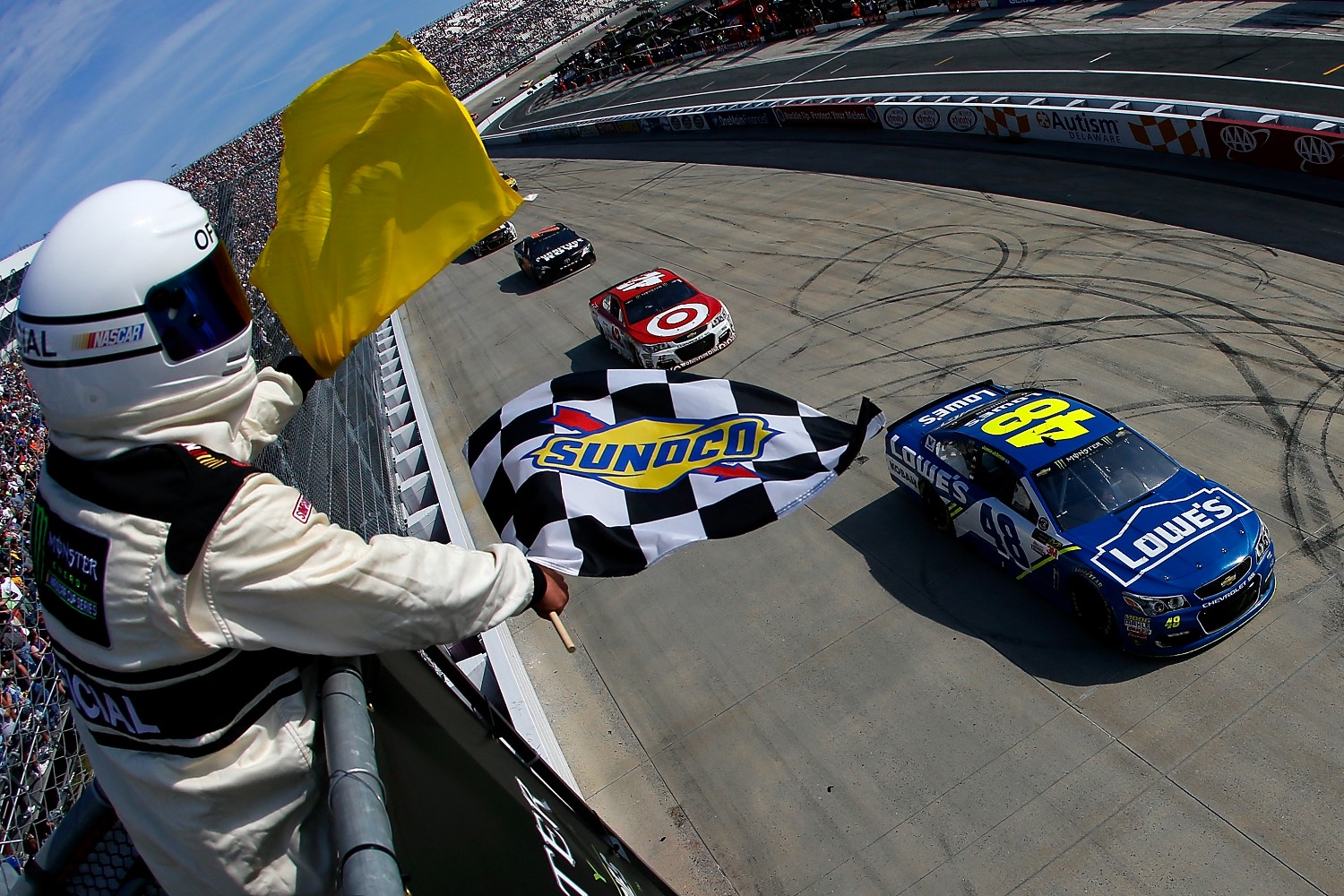 With Delaware moving quickly to implement full sports betting by next month, Dover International Speedway is anticipating it could offer NASCAR betting when the circuit returns in the fall.

Denis McGlynn, the president and CEO of Dover Motorsports, Inc. and Dover Downs Gaming & Entertainment, Inc., said in a Thursday phone interview with NBCSports.com that he had spoken with NASCAR Vice Chairman Mike Helton about the possibility at Dover Downs Hotel and Casino.

“(Helton) said, ‘Give me a few days, let our lawyers look through this,’ " McGlynn said. “I can’t say for sure yet on if there’ll be betting in the fall, but I anticipate they’ll want to let us do that."

McGlynn said it was too early to be sure on whether there would be betting on NASCAR races other than those held at the 1-mile oval adjacent to the trackside facility.

A spokesman said NASCAR had no further comment beyond a Monday statement that it was aware of the U.S. Supreme court’s landmark ruling in a gambling case and would be monitoring its impact.

Dover has one of three casinos in Delaware for sports betting. The Delaware Park location near Wilmington would expect to be the “largest volume producer" because of its proximity to Philadelphia, McGlynn said.

Sports betting is available at Dover during the NFL season but only as a three-game parlay (which qualifies as a state-approved lottery-style structure). The recent U.S. Supreme Court decision will allow Dover to offer straight bets (e.g., picking a winner in each NBA Finals game if the system is in place by then).

Though more than 90 percent of sports book betting in Las Vegas is on football and basketball, McGlynn is optimistic that NASCAR betting could catch on and appeal to a “younger demographic that may not be historically interested in NASCAR but is historically interested in betting on sports. Adding the dimensions of betting on NASCAR could enhance the customer experience of betting on site but also increase viewership at home."

McGlynn used the analogy of how the growth of rotisserie baseball leagues in the 1980s helped spur more leaguewide interest.

“You could have prop bets within the game itself such as Kevin Harvick vs. Jimmie Johnson, or who will win the first stage or second stage," McGlynn said. “Those kinds of bets, once they can be established during race, there’s a way to magnify the initial interest on just the outcome."

McGlynn said sports betting in Delaware eventually could become mobile, though bets still would have to be made within the state.

Dover Downs begins training its casino employees next week on new software for the sports betting.