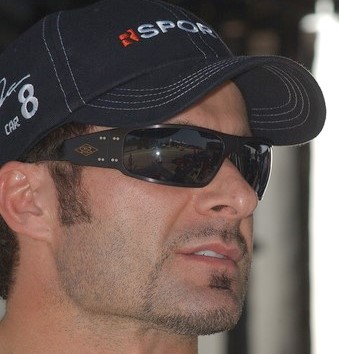 Canadian veteran Alexandre Tagliani would like to obtain a drive at PKV he told Radio-Canada Sports, Thursday. He has been added to our 2008 Champ Car Silly Season page.

In 2007, Neel Jani finished three times on the podium, and Oriol Servia once. "I believe that if there is a team that can fight with Newman/Haas/Lanigan for the title in 2008, it's PKV", he indicated. "I haven't signed anything, but things are going well'', Tagliani admitted. "I talked with Jimmy Vasser and Mark Johnson (general manager). 'They know that I can go quickly in a car if one can give me a little stability in a team."

"I do not know if I have to fight against other drivers for the ride. ''I have the advantage that Kevin Kalkhoven recognizes the importance of the Canadian market for the series."

Tagliani confirmed he would continue his association with the "Victory lap" program, of Wal-Mart and Tide, for the Canadian network "Children's miracle network." "That is what's planned for the Canadian races'', he said, ''but we still have presentations to make, and perhaps we will be able to find other companies interested in helping us for the remainder of season." Tagliani does not know yet if PKV will have one or two cars in 2008. "It's a premature question, we are not there yet.''