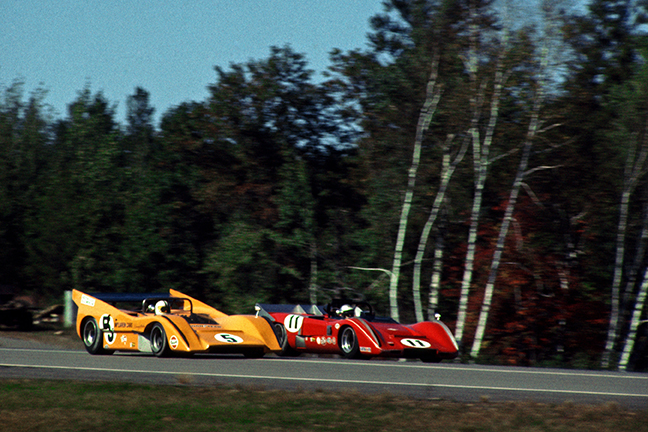 The Heavies is a Can Am documentary from 1970 that covers the race at Road Atlanta. This would be a very significant time in the history of Can Am, as Bruce McLaren had been killed while testing the new M8D McLaren Can Am car just days before the season began. Before the accident Bruce McLaren and Denny Hulme had dominated the sport – so much so that people began calling Can Am racing “The Bruce and Denny Show".

The McLaren Team spent the 1970 season working their fingers to the bone in memory of Bruce. American driver Dan Gurney stepped in to partner with New Zealander Denny Hulme, the pair fielded two new McLaren M8D cars, and the season started perfectly with Gurney taking the first two victories, and Hulme winning the next three. At this point there was a sponsorship conflict and Gurney was forced to leave the team, with his seat now filled by British driver Peter Gethin, who won the 6th race at Road America.

British driver Tony Dean took a win at Road Atlanta in a Porsche 908, a sign of things to come from the German marque, and the great Denny Hulme won the final three races of the season in the M8D. By the end of the 10 races of the 1970 season, McLaren had won 9 of the 10 races, and the drivers in the top three championship positions were all driving McLarens.