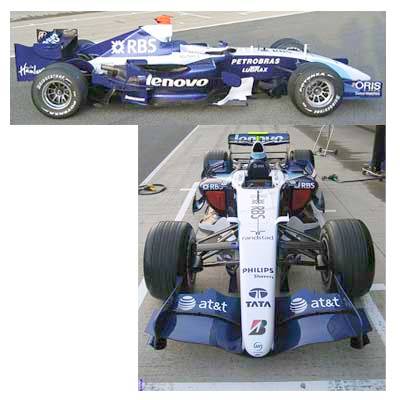 Photographs of a Williams decked out with Lenovo livery have created a great deal of speculation that the Grove team may have signed a major sponsorship with the Chinese computer – which is the third biggest computer manufacturer in the world, following its 2005 acquisition of IBM's PC Division.

The team is currently refusing to comment on the pictures but it seems like Lenovo was either being pitched by the team or a deal has been done and different branding was being tried to see how it worked on TV. All will be revealed on February 2. Grandprix.com