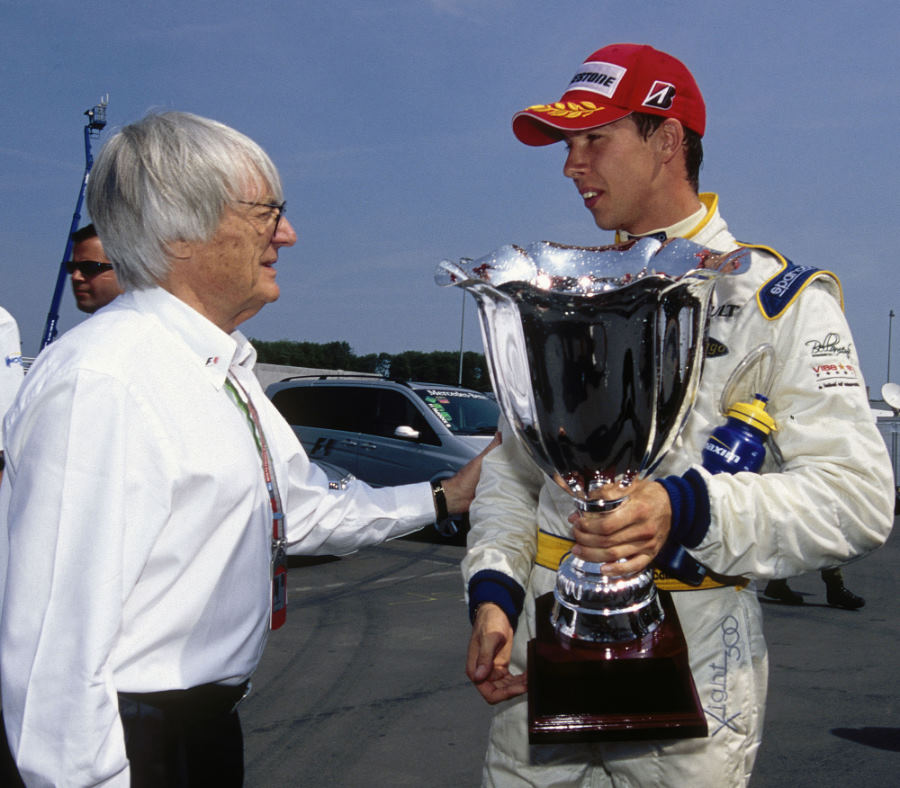 UPDATE #2 This rumor is downgraded to 'false' today. Piccione has decided it is better for his career to stay in GP2 and race for the Durango team.

12/18/06 Those asking us about Clivio Piccione will be interested to know that in the 2004 British F3 Championship, Piccione finished ahead of Will Power, this year's sensational Champ Car Rookie of the Year. The British F3 championship is the hardest fought F3 championship in the world and typically attracts some of the best young talent from around the world.

12/03/06 Swiss Neel Jani was all but confirmed for one of the PKV Racing seats next year with Red Bull backing and while everyone thought Oriol Servia would be in the other seat, Robin Miller reported on The SPEED Report that 22-year old Italian Clivio Piccione, who lives in Monaco will line up alongside him. We have updated our 2007 Champ Car Silly Season page accordingly. Pictured right with Bernie Ecclestone after winning the GP2 race at Nurburgring

2002 : British Formula 3 Scholarship Championship with T-Sport :
â€¢ Entry into the most competitive Formula 3 Championship in the
world. Opportunity to prove his ability as a front-runner, closing his
first season of slicks and wings racing with a brilliant runners up
position.