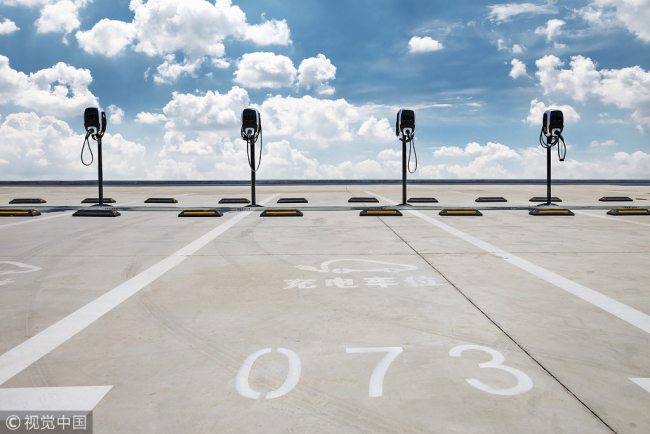 Beijing has built 112,600 charging poles for new energy cars as of the end of November, local authorities said Saturday.

New energy vehicles can have access to the charging pole service within five kilometers when they drive inside the Sixth Ring Road of the city, said Beijing Municipal Commission of City Management.

Nearly 100 charging poles are placed in neat rows in the underground parking lot of Beijing Tianqiao Performing Arts Center. It takes about one hour to fully charge a private electric car, at a cost less than 40 yuan (about 6 U.S. dollars), said the parking lot staff.

According to the commission, the charging poles installed after Jan. 1 have adopted higher safety standard.

The city has also launched a cell phone platform offering information about the charging poles and online payment service.

Under China's 13th Five-Year Plan (2016-2020), the country will build a nationwide charging-station network to fulfill the demand of powering five million electric vehicles by 2020.