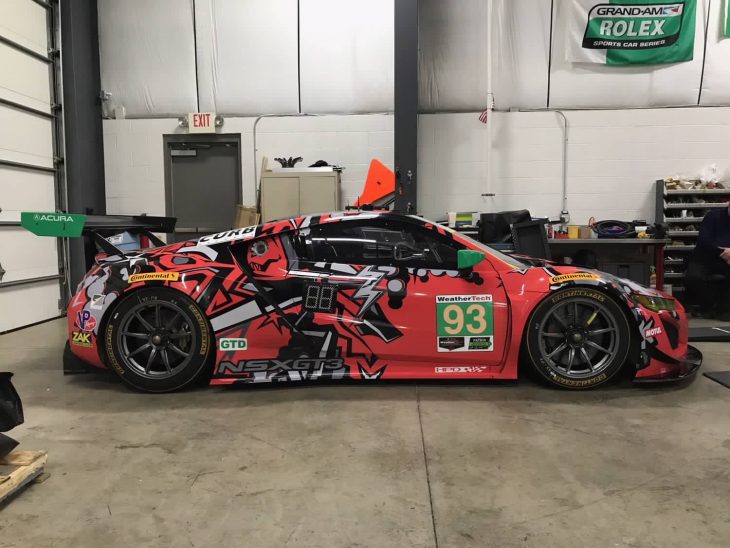 This news comes after the outfit recently announced the driver line-ups for its two Acura NSX GT3 machines, with the #93 Acura NSX GT3 set to be driven by Lawson Aschenbach, Justin Marks, Mario Farnbacher and Come Ledogar, and he #86 shared by Katherine Legge, Alvaro Parente, Trent Hindman and A.J. Allmendinger with an eye on taking the 2018 Tequila Patron North American Endurance Cup championship.

The 2017 IMSA season saw the team run with of multiple liveries throughput the year. The iconic Fourth of July liveries, which featured Uncle Sam and the Statue of Liberty, had a tremendous response from race fans. The move to Acura-specific colors, available only on the production Acura NSX machines, was another chapter in the team striking a new look as it then closed out the year with a throwback scheme that echoed the colors the team carried to victory in IMSA Prototype competition.

2018 is no different, and Michael Shank Racing has delivered another new look with an all new urban design. With coordinating colors, the #93 Acura NSX GT3 – numbered after the 1993 founding year of HPD – will sport a striking red design with a grey and black “spray painted graffiti" look (above).

The sister car, the #86 Acura NSX GT3 – numbered after the birth of Acura in 1986 – will coordinate with a similar design but with sleek grey primary coloring.

Both designs, which were originally created for MSR team driver suits by Jessica Karp – were so eye-catching to team owner Mike Shank, that they were soon transformed for the two car Acura NSX GT3 lineup.

The 2018 Michael Shank Racing Acura NSX GT3 line-up will set its debut at the annual Roar Before the 24 event at Daytona International Speedway on January 5th. Dailysportscar