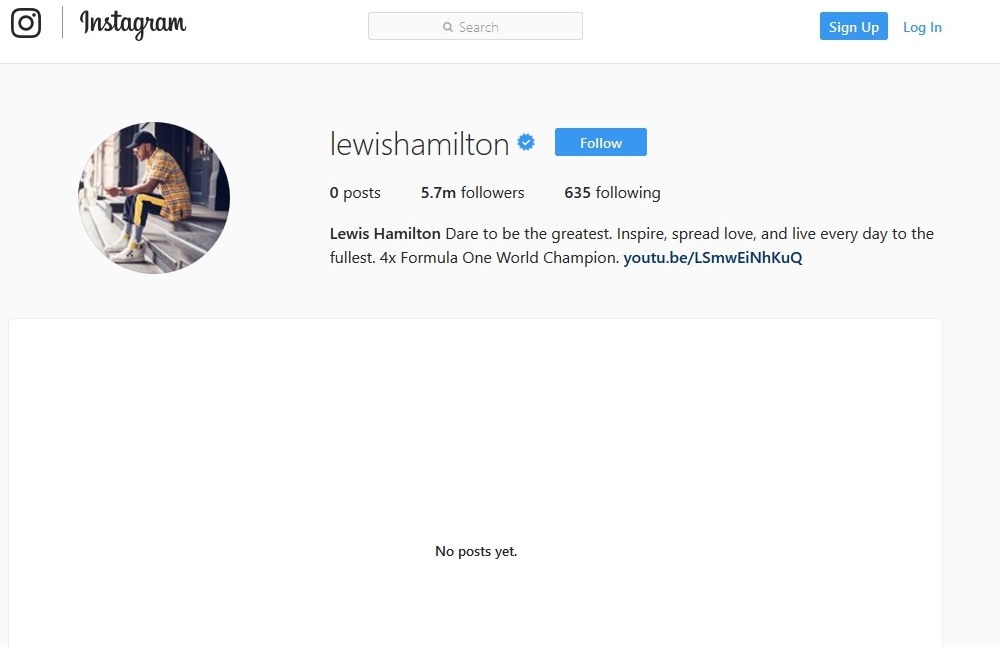 Lewis Hamilton's 5.7 millions fans watched in shock yesterday as the four-time world champion – or someone else – blew his Instagram account into oblivion!

The superstar's social media account remained online, but all its pictures were deleted. He also deleted several tweets on Twitter.

Earlier this week, Hamilton was targeted by trolls, bloggers and activists alike after posting a short video on Snapchat in which he mocked his nephew for wearing a princess' dress for Christmas.

The politically correct and gender bender mob gathered with pitchforks and torches, and painfully buried the Mercedes driver under an avalanche of vilifications.

It's likely the backlash and outcry, which, as usual on the internet, far exceeded whatever the ill-inspired and controversial post deserved, prompted an infuriated Hamilton to call it a day and delete his account, much to the chagrin of his fans.

Or perhaps Hamilton's spectacular withdrawal is simply a reaction to Kimi Raikkonen's unanticipated arrival on social media. "Kimi speaks enough for all of us," Ham may have thought… efi