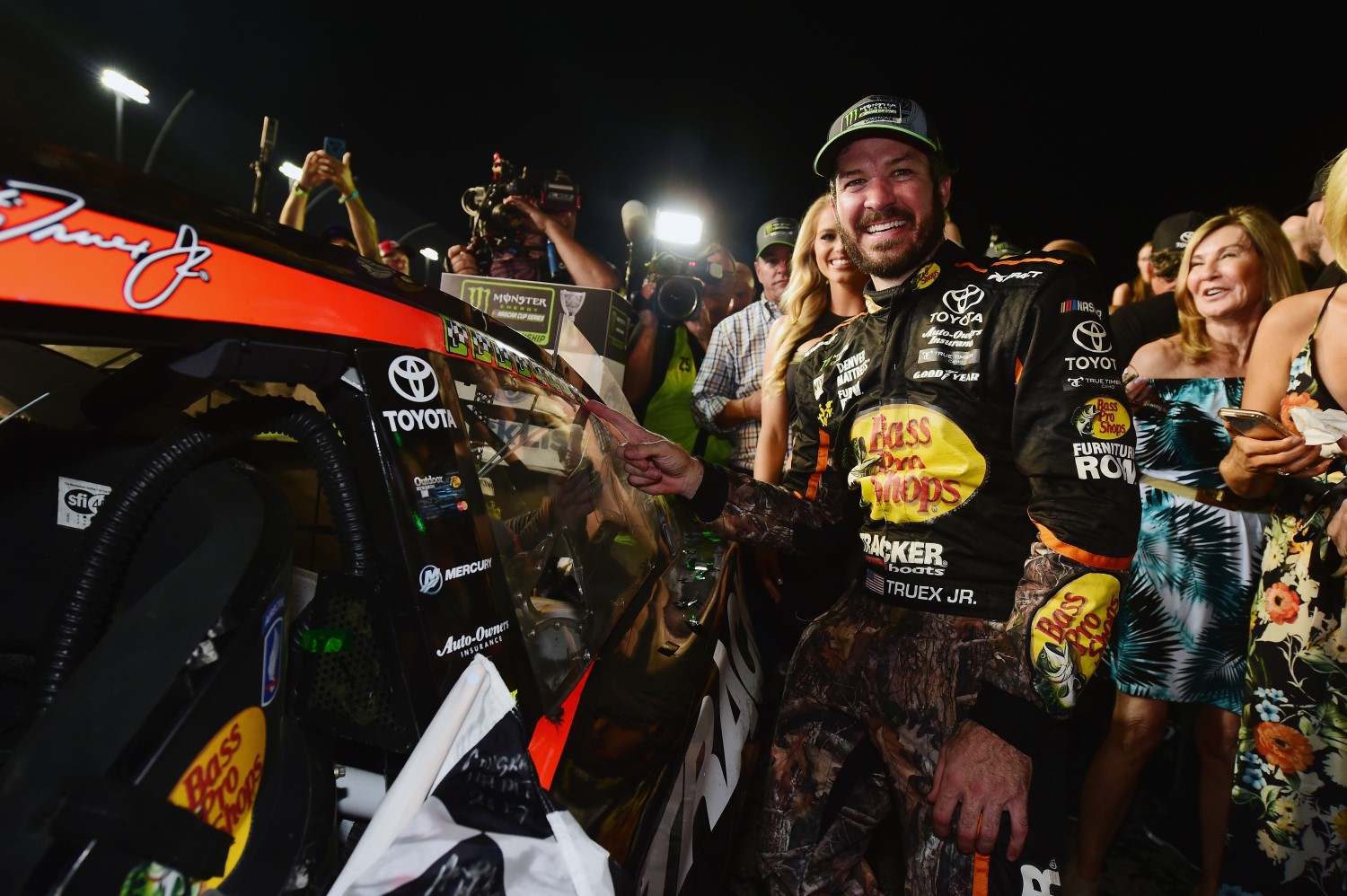 The Furniture Row Racing driver, who graces the cover in the recent issue of Mile High Sports Magazine, was also named Colorado’s “Fan Favorite" Athlete of the Year in a fan vote conducted at MileHighSports.com.

Truex, who had eight wins in 2017 and led in virtually every major statistical category as the driver of the No. 78 Toyota Camry, captured the 2017 Monster Energy NASCAR Cup Series championship with a dramatic victory in the season finale at Homestead-Miami Speedway.

“What Martin Truex Jr. and Furniture Row Racing did this year was not only unprecedented for the team and the state, but it was hands down the best sports story of the year," said Doug Ottewill, editor-in-chief of Mile High Sports Magazine. “What he had to go through personally, what the team had to overcome along the way – all of it made our choice for Sportsperson of the Year an easy one.

“This is our highest honor – the big one, the one that the likes of John Elway, Peyton Manning, Missy Franklin and Chauncey Billups have won – and it thrills me to be able to add Martin Truex Jr to that list."

As he has been with winning other major honors for his dream season, Truex was both humbled and honored with the Colorado awards.

“Individual honors in a team sport are a result of the people you are surrounded with," said Truex. “I feel blessed to be part of an outstanding organization led by our owner Barney Visser, team president Joe Garone and crew chief Cole Pearn.

“These honors represent the hard work by the talented individuals at our Denver race shop. I want to thank Mile High Sports and all our passionate Colorado race fans for the support they have given our team through the years."

When Visser formed his NASCAR entry out of a Denver race shop in 2005, the naysayers were out in force questioning the viability of operating a team 1500 miles from the race hub in Charlotte.

“I guess we have heard ’that’s impossible, you will never do that’ for the last time," said Visser. "We are very proud of our Denver roots and to receive these prestigious awards in our home state makes it even more special. The Colorado fans have been loyal followers of our team and we are honored to bring a major championship to the state."

The Colorado honors bestowed to Truex and Furniture Row Racing followed a number of awards since the conclusion of the 2017 season.

New Jersey Sportsperson of the Year

Truex was honored by his home state of New Jersey when the Newark Star Ledger named him New Jersey Sportsperson of the Year.

The following is an excerpt from Newark Star Ledger’s columnist Steve Politi.

“Alas, here we are, in 2017. The greatest NASCAR driver in the world is Martin Truex Jr., a 37-year-old from the Mayetta section of Stafford Township. How small is Mayetta? It might be four or five blocks along Route 9 in Ocean County, so tiny that even the Wikipedia entry is tiny."

"Everyone who wins the Al Holbert Memorial National Driver of the Year Award is a great talent and has obviously had a terrific season," said Eastern Motorsport Press Association president Ron Hedger. "But the membership voted for Martin in overwhelming numbers this year, partly because he is a 'Jersey Boy’, but mostly because they were in awe of a Colorado-based team being that dominant and Martin's unending drive to win stages, races and ultimately the championship."

Now in its 17th year, world renowned AutoRacing1.com named Truex Jr. its 2017 Driver of the Year

AutoWeek, a national magazine which has covered motorsports for 59 years, named Truex Driver of the Year and Furniture Row Racing Team of the Year.

Furniture Row Racing claimed a number of NASCAR.com superlative awards, naming Truex Driver of the Year, Cole Pearn Crew Chief of the Year and Furniture Row Racing Team of the Year. And in another category — the best moment off the track, the award went to Truex and his partner Sherry Pollex. Said Allie Davison of NASCAR. com, “Through the tears and cheers in Miami, Truex and Pollex embraced each other and shared why their motto "Never give up" is more than just a phrase."

According to NMPA President Kenny Bruce, “Truex and Pollex were honored not only for their continued charitable work revolving around childhood and ovarian cancer through the Martin Truex Jr. Foundation, but for their many accomplishments in the face of adversity."