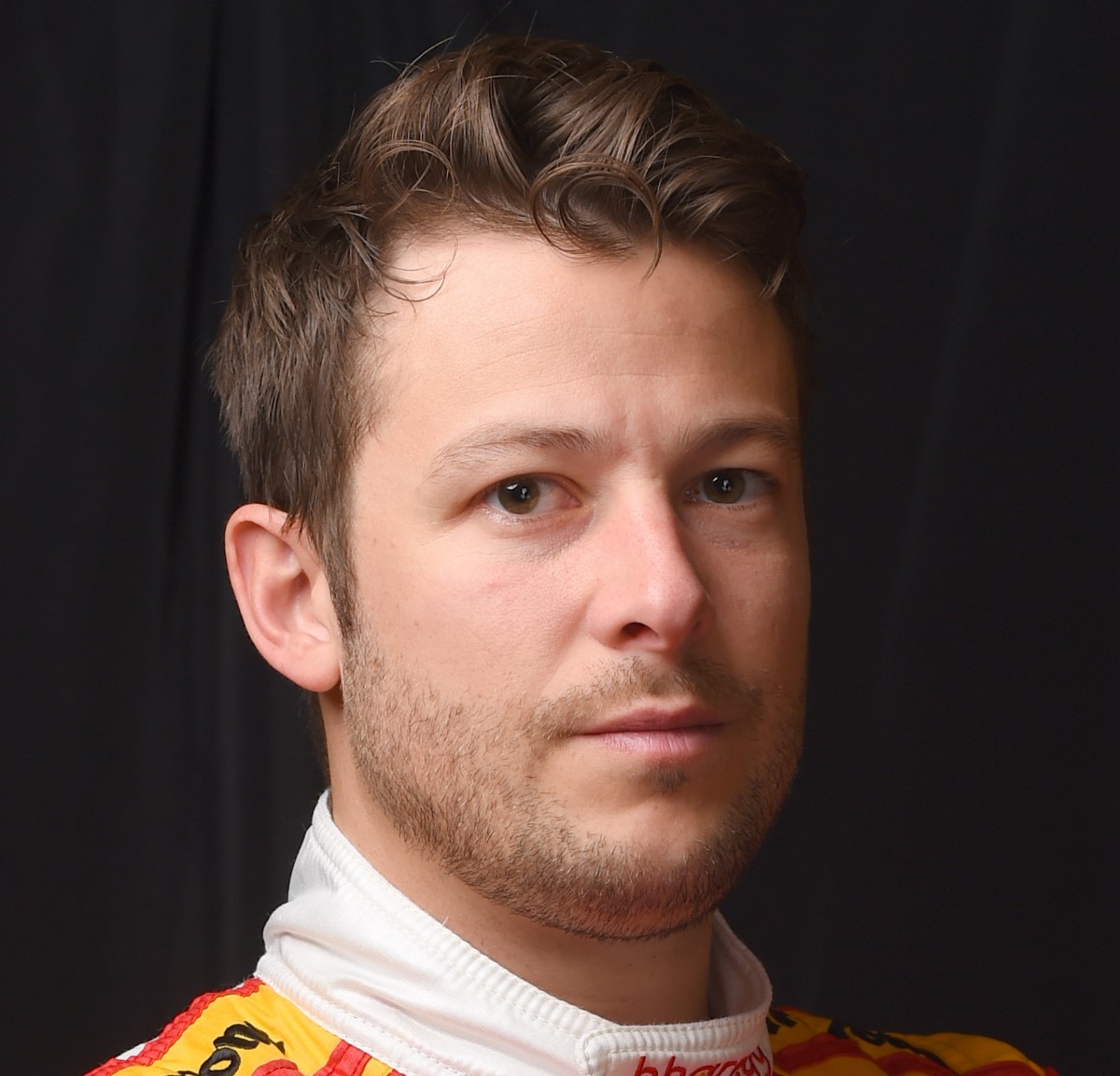 IndyCar star Marco Andretti will be an interested spectator at the PPLâ€ˆCenter in Allentown, Pa., on Friday, January 5 and Saturday, January 6 when the Ironton Telephone/ Avaya Indoor Auto Racing fueled by VP events are held.

Marco, a third-generation racer from the legendary Andretti family from nearby Nazareth, will be a spectator for the Indoor Auto Racing Series event but plans to test drive a Three Quarter (TQ) Midget during the weekend. The 30 year-old has been offered the chance to drive a car that will be in competition at the event by one of his friends, Kyle Lick of Lehighton, Pa.

While fans won’t get a chance to see him compete against a field of 50 other drivers in the TQ Midget division, they will have an opportunity to get his autograph. Marco has volunteered to join all the weekend competitors to meet fans and sign free autographs during Fan Fest which opens the Saturday evening program from 5:30 to 6:30.

At that time, those with free Fan Fest tickets will allowed on to the racing floor of the center to get a close up look at all the race cars competing that night as well as collect autographs. These free Fan Fest tickets are available by clicking the “Fan Fest option" when ordering tickets on-line or when purchasing them at the box office.

TQ Midget racing and Indoor Auto Racing competition are nothing new to the Andretti family. Marco’s grandfather Mario Andretti won a TQ event inside N.J.’s Teaneck Armory in 1962. He also won in the TQ Midgets outdoors at N.J.’s Pine Brook Stadium before embarking on his legendary, internationally known Hall of Fame career.

Marco began racing in Go-karts at the former Flemington, N.J. Speedway, on an infield road course. He quickly advanced to become the youngest ever IndyCar driver at the age of 19 as a teammate to his father Michael.

Since then, Marco has won two IndyCar events. He’ll be driving again next year for the Andretti Herta Autosports team. While he is restricted by contract not to compete in the TQ Midget events, he is allowed to test that car and is eager for the opportunity.

The January 5-6, 2018 Ironton Telephone Allentown event schedule calls for racing to start at 7:30 p.m. on Friday and 7 p.m. on Saturday. TQ Midgets will run a full program of racing with feature events both nights.

On Friday, theâ€ˆTQs will be joined by the Champ Karts who will be racing in a complete show.

On Saturday, the Slingshot division backed by the Action Track, USA Kutztown (Pa.) Fairgrounds, will join the TQâ€ˆMidgets. â€ˆ

For tickets, contact the PPL Center Box Office by phone at 610-347-TIXX (8499), online at pplcenter.com. Those wishing to avoid online fees may purchase directly at the Box Office, but are encouraged to do so in advance to avoid possible box office lines the day of the event.

Information including ticket and hotel links is available at indoorautoracing.com.