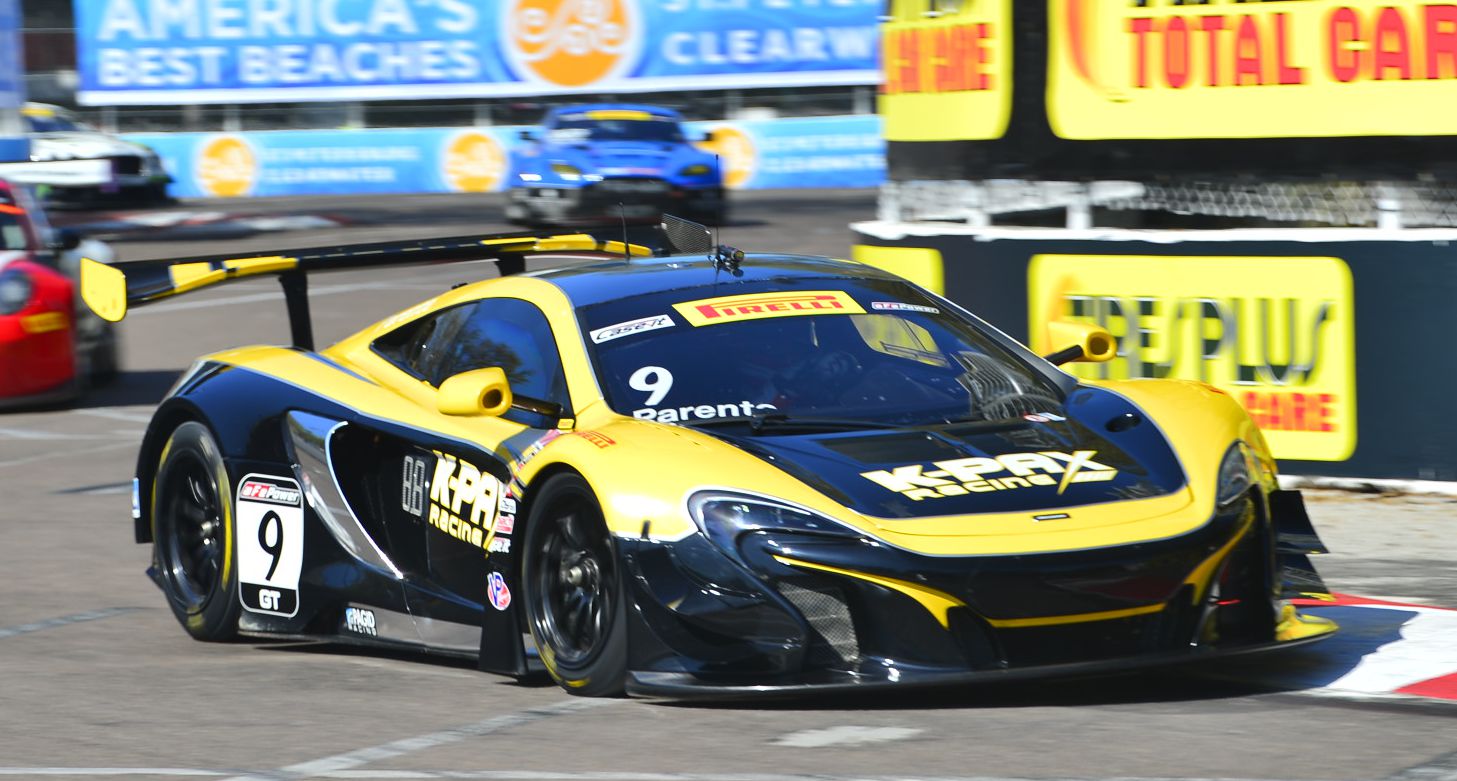 The 2018 Pirelli World Challenge Competitor Racer Registration and the PWC Sporting and Technical Regulations have been released on the PWC Competitor Portal found at http://race.world-challenge.com.

Following another year of “down to the wire" series championship races in 2017, Pirelli World Challenge moves in its 29th season of competition with several adjustments to the series including condensed weekends and new SprintX components including tire changes and pit stop deltas.

After a successful GT SprintX season with larger fields in 2017, PWC will expand the 60-minute, two-driver format in 2018 to its GTS division. The Classes – GT and GTS — were previously combined in SprintX races but they will race separately in the GT and GTS SprintX doubleheaders in 2018. The SprintX events will be held at Circuit of the Americas (COTA), VIRginia International Raceway, Lime Rock Park, Portland International Raceway and Utah Motorsports Campus.

Touring Car (40-minute, one-driver) also expands to feature two separate groups for 2018. The TCR cars introduced to the series in 2017 will now run as their own class along with the TCA class in the races. The TC class will run its own races. The six Touring Car doubleheader weekends will be contested at COTA, VIR, Lime Rock Park, Portland, Utah and Watkins Glen

“After talking with our teams and drivers about the success of the 2017 Pirelli World Challenge season we want to build on that in 2018," said Greg Gill, President and CEO of WC Vision. “We took a survey of all of our teams and felt it was important to make a few changes with the racing formats, weekend schedules and technical information. We’ll expand the SprintX format to GTS and shorten the racing weekends for logistic purposes."

Many of the current GTS teams as well as the several new GTS operations are enthusiastic about the new SprintX format in 2018 with more opportunities for drivers and new vehicles in the Pirelli World Challenge category.

“If last year’s growth of SprintX in GT is any indication, I truly believe the GTS SprintX class will be very successful as well, especially with the new GT4 cars coming out in 2018," said James Sofronas, team principal for GMG Racing, 2017 champions in GTA Sprint, GT Pro-Am SprintX and GTSA Sprint divisions. "There are still a few details to be worked out on driver classifications but in the long run, it opens up many avenues for competitors to split a budget or bring in a co-driver in the format. I actually have two scenarios that could open up more possibilities for our team in 2018. I think the SprintX formats in both classes will be great this year."

“We are very excited about running our three new Ginetta G55 GT4 cars in 2018," said Ian Lacy, team owner of Ian Lacy Racing, whose cars placed on the GTS podium last year. “With the new specs in the latest Ginetta, we feel we can be competitive in both the GTS Sprint and SprintX events. We’ll have Drew Staveley, Frank Gannett and Steve Burns in the three team cars and are looking forward to a very competitive GTS series."

Two newcomer organizations in the GTS division are the among the teams already signed up for the 2018 campaign with competition in both GTS SprintX and Sprint campaigns. Those teams are moving up from the Touring Car class in 2018.

“Fast Track Racing is very excited about the opportunity to compete with the new BMW M4GT4 car in both the GTS Sprint and SprintX championships," said Toby Grahovec, the 2016 TC champion moving to the GTS division in 2018 with a BMW M4 GT4. “We look forward to the fierce competition and the strategies involved with pit stops and driver changes."

“We were ecstatic when we heard that GTS and GT4 cars would be part of the SprintX program for the 2018 season," said Kenneth Tan, ST Racing Team Principal, who’ll also run a BMW M4 GT4 in the GTS class. “The STR Team had been thinking of running GT4 cars for a while now, and we’d gone ahead and bought the cars early last season as that is the required lead time in order to be able to get these sought-after and rare cars. Running SprintX was part of our plan, and we’re so happy with the Series’ final decision. We enjoy running in the PWC Series. It is well run and we’ve gotten to know everyone in the paddock. There is wonderful camaraderie among everyone. It feels like home when we go racing with PWC. We’re looking forward to some great competition in 2018."

The complete driver classifications and requirements can be viewed in the 2018 Sporting Regulations on the PWC Competitor Site.

As in the past seasons, Balance of Performance (BOP) for the GT (GT3) and GTS (GT4) classes will be in partnership with the SRO competition regulations.