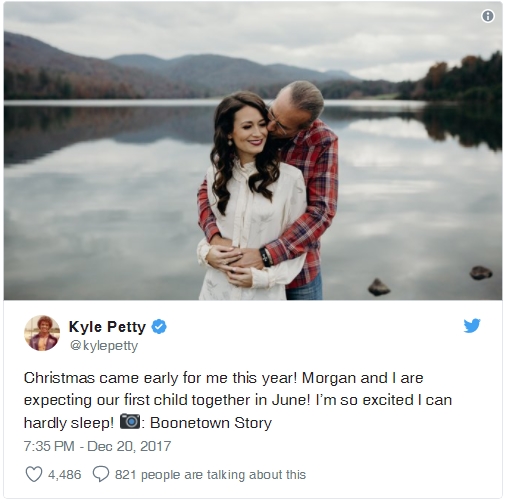 Kyle Petty is going to be a dad, again.

The 57-year-old NBC Sports analyst for NASCAR America and former driver announced on Twitter Wednesday night he and wife Morgan are expecting their first child together. The two wed in December of 2015, and Morgan is the executive director of the Kyle Petty Charity Ride Across America.

Petty is the son of seven-time premier series champion Richard Petty and the grandson of Lee Petty.

This will be the fourth child for Petty. He has three children from a previous marriage, daughter Montgomery and sons Austin and Adam. Adam, a fourth generation racer, passed away after a crash at New Hampshire in 2000.