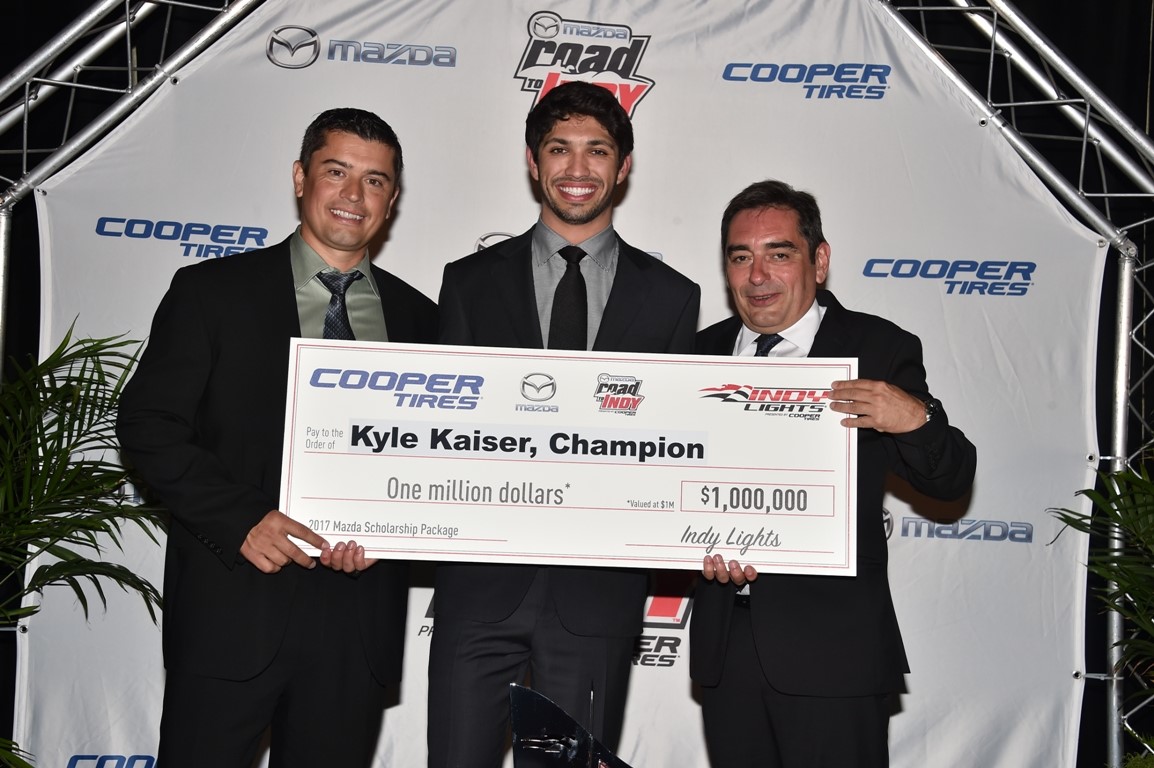 As the 2018 season draws closer, Juncos Racing has begun their search for a driver to pilot a third Indy Lights entry. After the great success the team has had winning two out of the past three Indy Lights championships, they are in a position to add on to their current driver line-up.

Team Owner Ricardo Juncos said: “After three successful years in the Indy Lights championship, I am ready to field three full-time cars. I am looking for drivers who we can develop over a period of time and prepare them for the next step into the Verizon IndyCar Series. Kyle (Kaiser) is a great example of the success we can have if we take the proper time to develop drivers for the next level in their careers. Kyle’s three years in the Indy Lights series gave him the time to grow and mature into the successful driver he is today. This is what we want to do with other drivers, take time and teach them so they fully understand the engineering and mechanical sides of the car. This way they are better prepared to move up to IndyCar."

Juncos Racing completed their first full season in the Indy Lights series in 2015 running Kyle Kaiser and Spencer Pigot. The team recorded four poles and six wins, giving Pigot the necessary points to win the championship. The following year Kaiser continued with Juncos Racing earning three poles and capturing two wins to finish third in one of the closest championships in the series’ history. Kaiser closed out his Indy Lights career in 2017, claiming three poles and three wins to capture the championship.

Kaiser explained: “I’ve been a part of the Juncos Racing family for four years, and it’s been the best decision in my racing career. When I came to Juncos, I was an inexperienced 18-year-old racer and had done just one full season in the Mazda Road to Indy without a podium finish. Juncos' driver development program taught me how to properly communicate with an engineer to set up the car, and honed my skill-sets behind the wheel. The progress over those four seasons led to me winning the Indy Lights championship with the opportunity to compete in IndyCar."

The Indy Lights champion is awarded a Mazda scholarship valued at $1 million toward the Verizon IndyCar Series with three guaranteed races including the Indianapolis 500.

“My success in the Mazda Road to Indy was directly correlated with Juncos’ work ethic, passion for motorsports and their desire to win," said Kaiser. “Every time I got behind the wheel of the car, I had no doubt that every person on the team gave their best effort. My only focus was on performing at my best because they provided me with all the tools to get the most out of myself. Most importantly, driving for Juncos is like being a part of a family. It’s a fun, high energy environment filled with people who want to win just as much as anyone in the paddock. With all their experience over the years and proven results, they’ve definitely developed a formula for winning. It’s no mistake they won both championships they competed in this year. I would encourage anyone who is interested in taking their driving to the next level to consider Juncos Racing."

This fall, Kaiser announced he would return to Juncos Racing to run a partial season program in the Verizon IndyCar Series, including the 102nd Running of the Indianapolis 500.

The 2018 Indy Lights championship kicks off March 9-11 on the Streets of St. Petersburg, Fla.