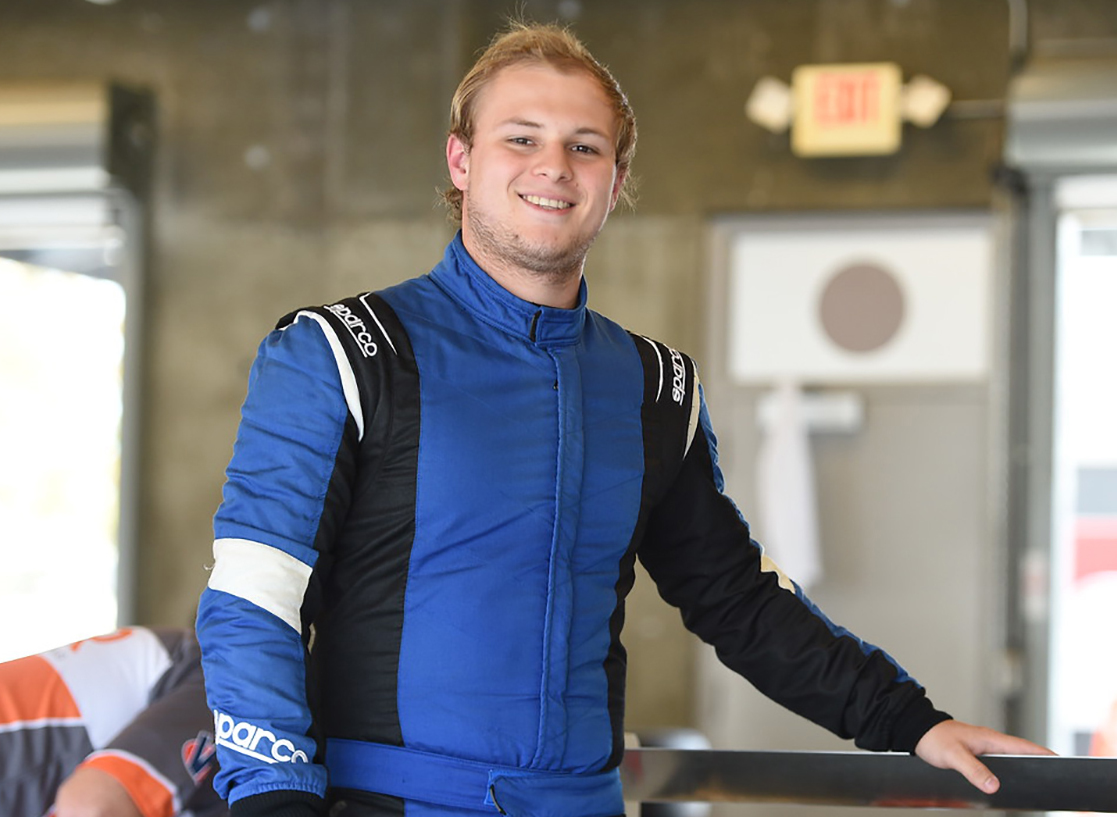 Newman Wachs Racing is pleased to announce its second driver for the 2018 Cooper Tires USF2000 Championship Powered by Mazda, confirming 18-year-old Oscar DeLuzuriaga. The UK-born Singapore resident has been hard at work testing with the team in their USF-17 cars after joining the crew for the first time in June. Oscar also ran with NWR at the famed Indianapolis Motor Speedway during the MRTI Chris Griffis Memorial test in October. DeLuzuriaga will make his Mazda Road to Indy Presented by Cooper Tires debut when the USF2000 series kicks off at the Grand Prix of St. Petersburg on March 9-11, 2018.

“I'm really excited to add Oscar to our team for the 2018 season," offered Brian Halahan, NWR Team Manager. “We began a testing program a few months back to see if he would be ready for next year and he has come a very long way in a short time. He has put in a lot of work in, so I feel he deserves a spot on the team."

DeLuzuriaga got his start, as most young drivers do, in karting at the age of 13. He raced in numerous karting series across the UK and Asia, developing his skills and his racecraft. From the very beginning, Oscar had his sights on single-seat formula cars. Understanding the demands of the sport, he has also devoted himself to his health and fitness regime to make sure that he’s in best shape possible. In 2015, Oscar began his open wheel program, kicking off a testing plan with numerous British F3 teams in the UK before jumping into competition this past season in the Lucas Oil Formula Race Series in the United States. During these events, DeLuzuriaga landed with Newman Wachs Racing after mid-summer testing and he has made major gains in the testing outings he’s completed. Oscar remains very focused on learning all he can about the USF2000 car to keep improving throughout the off-season heading into 2018.

“I am ecstatic about driving with NWR this coming season," DeLuzuriaga said enthusiastically. “We have been testing for the past few months and have seen lots of improvement in my driving and in the relationship that I have with the team and the other drivers. I have already learned so much from them and I can’t wait to further enhance my driving skills and further my driver career with them. Working with the team is a great deal of fun and has been very professional. I can’t wait to get the season started."

The team has been hard at work testing since the Chris Griffis Memorial test in October, and will continue testing through to the series deadline to determine which drivers will fill its final seats. With Darren Keane and Oscar DeLuzuriaga having been officially confirmed for the 2018 Cooper Tires USF2000 Championship Powered by Mazda, the team is looking to add as two additional driver to the line-up. Drivers interested in testing with the team should contact Brian Halahan at 727-692-6052.