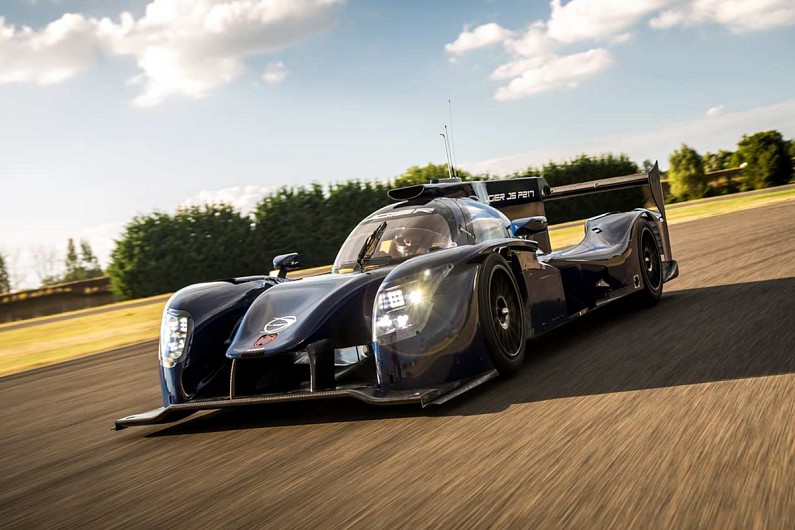 Saavedra will make his full-season sportscar debut next season, although the 27-year-old Colombian has one previous appearance behind the wheel of a Starworks prototype at the 2014 Daytona 24 Hours.

His compatriot Yacaman joined OAK Racing for the first year of the unified IMSA championship in that same season, winning at Canadian Tire Motorsport Park.

The AFS/PR1 concern is a tie-up between Gary Peterson's AFS Racing, a multiple Indy Lights race winner, and current IMSA entrant PR1/Mathiasen, which ran the Ligier full-time in 2017. It will be co-managed by Peterson and PR1 team principal Bobby Oergel.

AFS Racing has run Saavedra's entry to the Indy 500 on four occasions, and supported his full-season IndyCar campaign in 2014.

"As a former owner and driver in open wheel racing I’m excited to be joining a great team by partnering with owner Bobby Oergel’s PR1 team," said Peterson.

"Along with Bobby, I hope to continue building the team along with [Ligier builder] Onroak for technical support."

"Everything came together so quickly with the efforts of all parties working towards the goal of building a great team. "

Oergel added: "Every one of the team members were so happy to learn about this opportunity that we’ve been able to assemble."

"It’s obviously a bit tough at the moment with how late this has come together, but the big picture is what this partnership is all about and I am looking forward to a long and prosperous future for all of us together."

Peterson confirmed that while IMSA is the main focus for AFS in 2018, the team has not closed the door on competing in future IndyCar races.

"I still have my IndyCar and the equipment so I’m not closing the door on the IndyCar Series just yet," he said.

"They have treated me very well and I have so many friends there, it will be tough not to be all together at the races, however I look forward to making just as many new friends with this series."

AFS/PR1 Mathiasen Motorsports will make its debut at the Daytona 24 Hours in January, with an additional endurance driver set to be announced shortly.

Its commitment to IMSA brings the number of full-season Prototype entries up to 17 for next season.