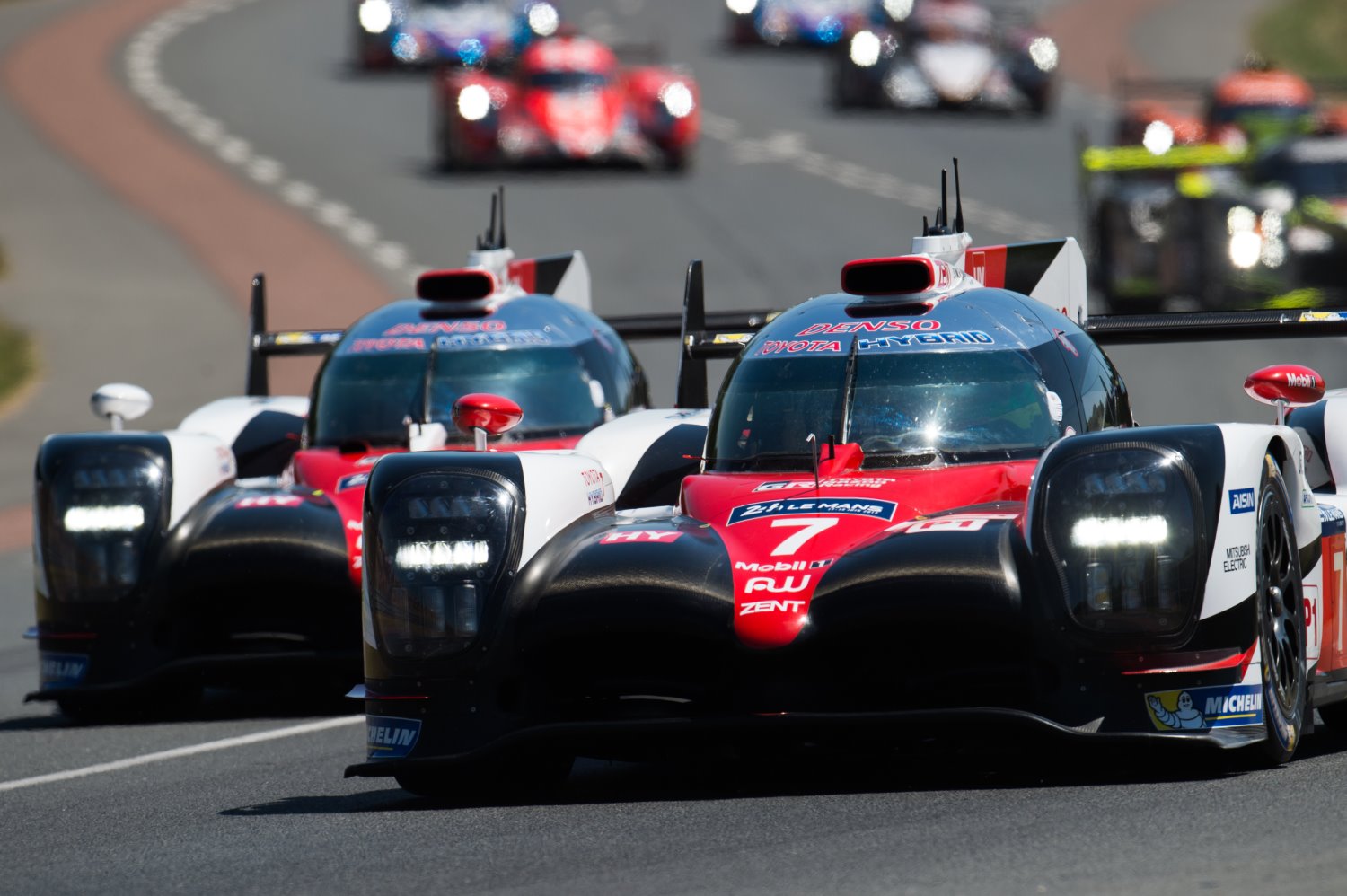 Much has been said, discussed and written about the potential ways in which the FIA WEC rule makers can equalize performance not only between the Toyota TS050 Hybrid factory cars and its privateer opposition in a growing LMP1 class, but also between the normally aspirated and turbo powered privateers.

The release of the regulations for the 2018/19 FIA WEC ‘Super Season’ outlines what will happen in the first season of the new combined LMP1 class:

As previously announced, the intention is to limit the difference in pure lap times between the hybrid and non-hybrid LMP1s, though not to negate all of the efficiency advantage that the Hybrids will retain. That means that the principal balancing weapons in the armory of the rule makers are the fuel, and fuel flow levels allowed for each technology.

The reference point for each technology’s performance level will be the calculation of the average lap time of the fastest car in each technology (turbo and normally aspirated count as two different technologies for this purpose).

The average lap time will be calculated over a number of laps corresponding to the 20% fastest laps in each race distance.

The starting point for the Equivalence of Technology though will be the data provided by the manufacturers, and will be calculated on the basis of the data collected from the “best in class" of each technology, and applied up to the 2018 Le Mans event inclusive, based on the values specified in the 2018 Technical Regulations.

There is, of course, the option for further data to be collected during testing – including potentially from the 30-hour open test that composes the 2018 Prologue test at Le Castellet – should the organizers decide to do so.

The models of the cars with the slowest technologies though must have participated in at least two races and must have been properly classified in order to be able to benefit from the application of the rule.

With all of that said the rules also state that: “The first adjustment of performance may be applied at any time by the Endurance Committee."

The now traditional dire warnings of consequences if any attempt to short circuit the process is made with inaccurate data are enshrined in the regulations. Any competitor having deliberately provided false information or having attempted to influence an adjustment by hiding its true level of performance will be penalized by the FIA.

In the case of data provided that is felt to have affected performance in a race, “All competitors and manufacturers that deliberately provided misinformation, tried to influence the EoT process, or whose level of performance is higher than the expected result may be sanctioned with a penalty before, during or after a race."

The minimum penalty is a 5-minute stop-and-go, at the Stewards’ discretion.

Such a penalty imposed before or during the race may be notified at any point during the race, regardless of when the breach was discovered and/or the sanction given. Penalties imposed after the race are added to the car’s finish time for the race and may include a lap penalty (at the Stewards’ discretion).