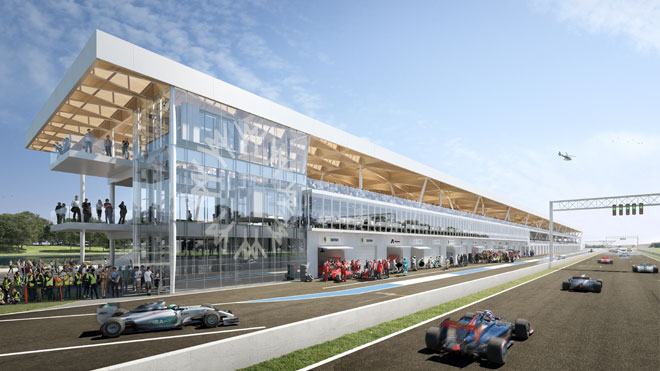 Officials from the Societe Parc Jean-Drapeau have released renderings of the planned new pit and paddock facility to be used at the Circuit Gilles Villeneuve from 2019.

As part of the renewal of the agreement to stage the Canadian Grand Prix from 2015 to 2029, the SPJD made the commitment to renovate and expand infrastructure at the circuit, located on the Ile Notre-Dame.

The current pit and paddock buildings, constructed in 1988, will be demolished to make way for a new facility, bringing guest capacity up from 1,800 people to 5,000.

An investment of $48 million has been made, $30 million of which will come from the City of Montreal and $18 million from the Ministere des Affaires municipales et de l'Occupation du territoire.

Construction will begin next July, in the aftermath of the 2018 Canadian Grand Prix, and conclude in April 2019, in time for the following edition of the event.

The Circuit Gilles Villeneuve first joined the Formula 1 calendar in 1978 and has been a mainstay on the schedule since 2010.