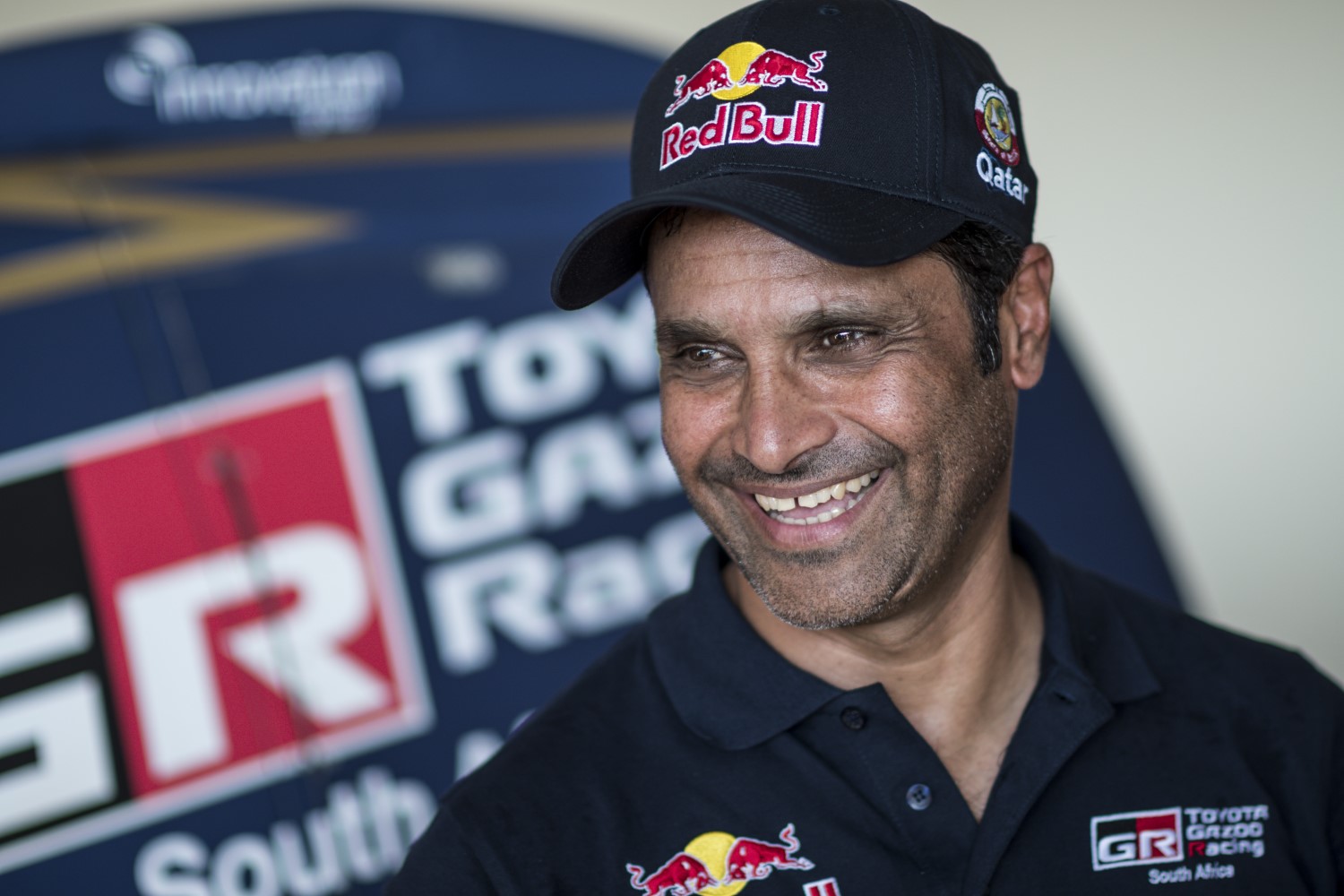 Watch the Qatari offroad racer put his all-new Toyota Hilux through its paces before setting off to tackle the treacherous terrain of the Dakar once again.

Nasser Al-Attiyah arrives at the 2018 Dakar Rally with two clear targets – win his third individual title and give Toyota their first win at the famous race. To give themselves the greatest chance of success the Qatari driver and his team have been working tirelessly throughout the year to ensure they arrive in South America in top form.

Al-Attiyah and his French co-driver Mathieu Baumel have been in imperious form all year as they won rallies in the United Arab Emirates, Qatar, Kazakhstan, Spain, Hungry, Poland and Morocco. These victories handed Al-Attiyah and Baumel a third consecutive FIA Cross-Country Rally World Cup title.

At the wheel Al-Attiyah goes into the New Year determined to score the third Dakar title of his illustrious rallying career. We’ll be with him every step of the way as he sets out to make history.

The 40th edition of the Dakar Rally takes place over 15 days in January 2018. Get daily updates of all the action from South America at RedBull.com/Dakar.