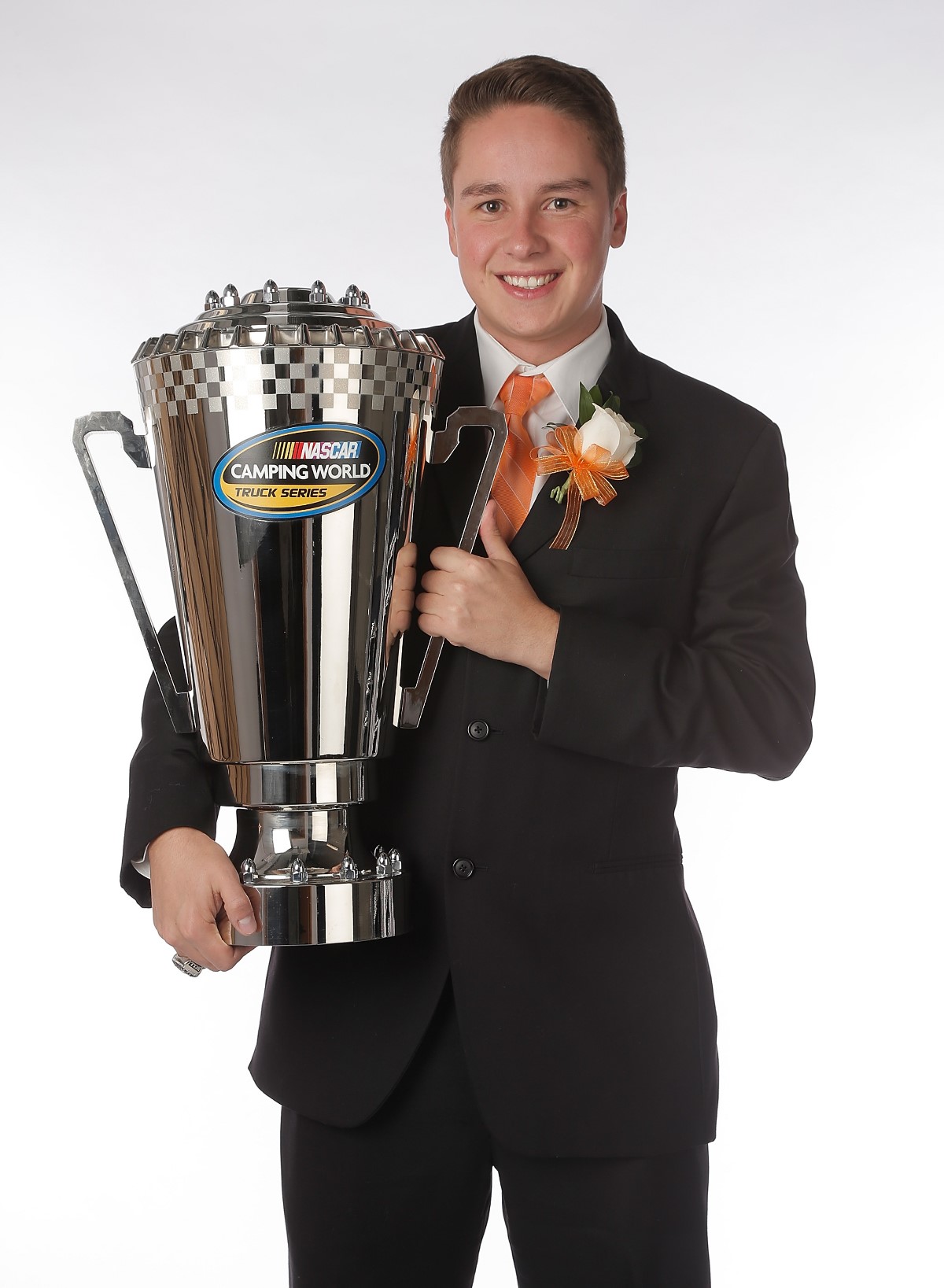 NASCAR traded the heat of Miami Beach for an unseasonably chilly Saturday evening in Charlotte for its annual XFINITY and Camping World Truck Series Awards. But there was no less warm a reception for two fresh-faced champions in a special night of appreciation at the sport’s home base.

William Byron (XFINITY) and Christopher Bell (Trucks) were the toast of the annual gala, taking home the heaviest of hardware at the Charlotte Convention Center. The evening was part celebration and part farewell for the two, as both depart for their next step up the NASCAR ladder next season.

Byron, 20, will embark on his first season in the Monster Energy NASCAR Cup Series next year, driving the No. 24 Chevrolet for Hendrick Motorsports. The 22-year-old Bell will set sail for the XFINITY Series ranks, wheeling the No. 20 Toyota for Joe Gibbs Racing. Both got their national series start with Kyle Busch Motorsports, teaming together in 2016.

Both career jumps next year will have some pressure involved. But before making their moves, both young drivers went through another wringer — their speeches.

“It’s nerve-wracking," Byron said after receiving his championship ring. “It couldn’t be any harder than Homestead, that’s pretty nerve-wracking getting in that car and having once race to make it happen and win a championship. I would say it’s second under that, but those were both awesome moments. You don’t care if you’re not nervous."

Bell, in his opening remarks, said he could relate to his former teammate’s jitters. Over the course of his Truck Series career, he said obligations to sponsor JBL prompted him to sing on camera. Saturday night’s public speaking engagement to a healthy audience in the Crown Ballroom was an apt comparison.

“This is tough," Bell said, before relaying his thanks to Busch, his team owner, for his mentorship. A private walk and talk between the two during a Super Late Model test in the offseason steeled Bell’s confidence for what would be a championship run.

The rest of the Championship 4 for both series — Elliott Sadler, Justin Allgaier and Daniel Hemric in XFINITY, and Johnny Sauter, Austin Cindric and Matt Crafton in Trucks — were also honored.

Several other awards and recognitions were made: