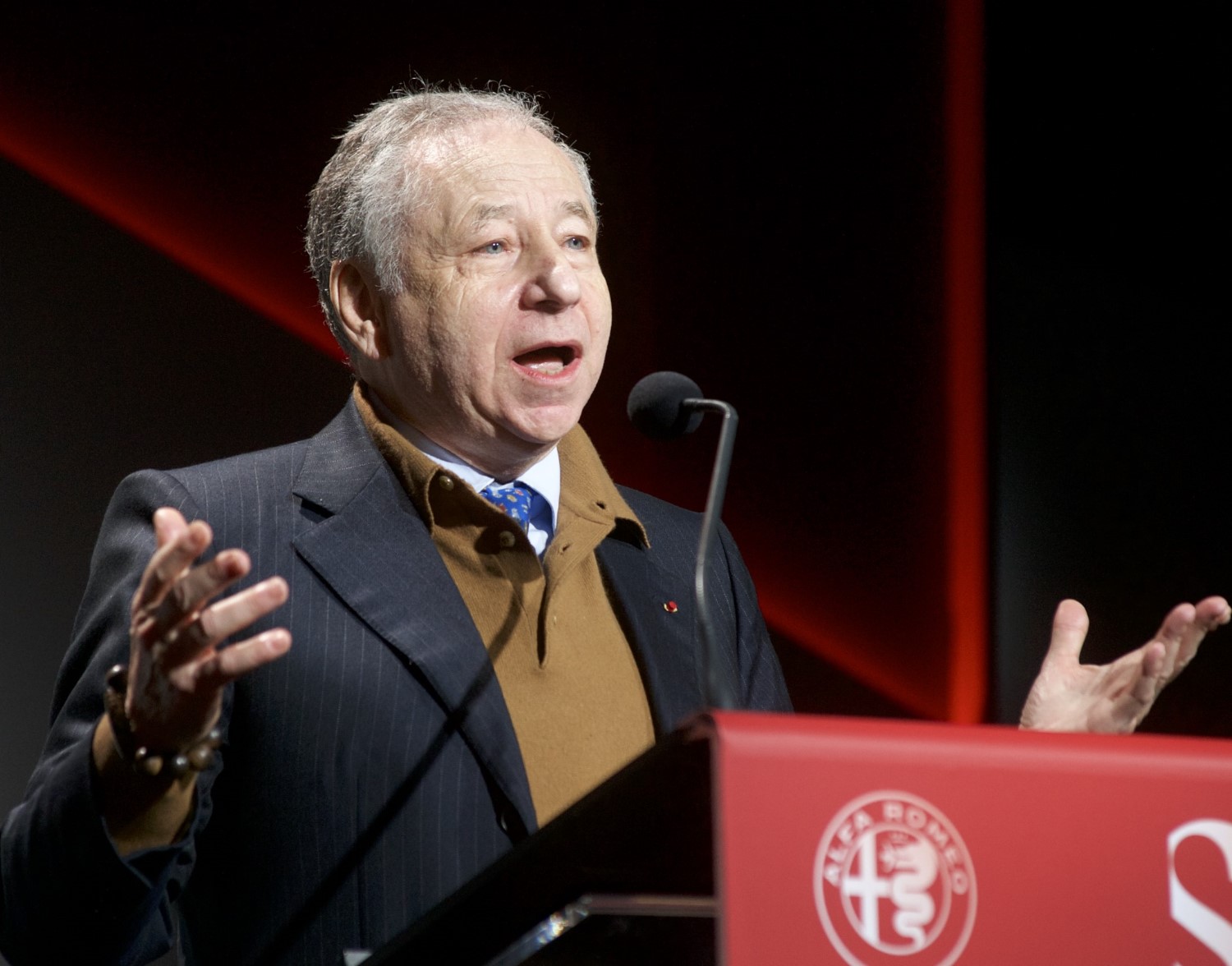 F1 and Le Mans should share engine – Todt
(GMM) Jean Todt says he hopes F1's new engines for 2021 might be adapted for use at Le Mans.

Plans for a 'world engine' were scrapped when the current F1 rules were introduced in 2014.

But FIA president Todt says the 2021 rules are now an opportunity to try again.

"At the moment we have separate engine regulations for every series," he told Auto Motor und Sport. "It doesn't have to be like that.

"The requirements for formula one and the world endurance championship are similar," Todt added. "A formula one engine has to do about 5,000 kilometers, which is about the Le Mans distance.

"Having one engine concept would be attractive to new manufacturers, and it could mean F1 teams can go to Le Mans with their own team, or vice versa," he said.

(GMM) Jean Todt says it is up to F1 teams to regulate how new staff are employed after they move from the FIA.

Marcin Budkowski's impending move from the FIA to Renault caused uproar among the teams.

Under Swiss law, Budkowski only had to serve three months of 'gardening leave' before making the move, but Renault has instead decided that he should not start until April 1.

Teams have called on the FIA to intervene, but FIA president Todt said it is not the Federation's responsibility.

"Like all our employees, Budkowski was employed under Swiss law," he told Auto Motor und Sport.

"There is a work ban of three months by law, but we negotiated with Renault to extend it to half a year. So he will not begin until April 1," Todt confirmed.

Asked how a similar controversy can be prevented in future, Todt answered: "We cannot do much.

"The only solution would be if the teams commit to not hiring technical people from the FIA. Or if they do, do so with a work ban of at least a year."

(GMM) Figures close to Michael Schumacher say the F1 legend was missed at an FIA function this week.

F1's governing body launched its hall of fame, and seven time world champion Schumacher was among those inducted.

"I would have liked to see him here tonight," FIA president Jean Todt said, according to Bild newspaper. "Michael continues to fight."

Schumacher suffered brain injuries in a late 2013 skiing fall in France. His current health condition is not publicly known.

The 48-year-old's manager Sabine Kehm was also at the FIA event, and said: "We all know Michael should be here himself, and I'm very sure he would love to be here.

"He always had the utmost respect for everyone here and would feel very honored," Kehm added.

(GMM) Valtteri Bottas says he feels disappointed at the end of his first season with Mercedes.

The Finn won three races, finished on the podium eleven times and finished third in the championship, but his teammate Lewis Hamilton won the title.

Asked if he is happy, Bottas told AS newspaper: "I have to say not really.

"As a team it was very good, but on my part I'm not happy.

"I knew it would be a difficult job and I would have to work hard to get good results, but I expected more," he told the Spanish publication.

Bottas said Hamilton is "definitely" one of the greatest ever F1 drivers, but still thinks he can the Briton to the world championship next year.

"Yes, but it depends on me increasing my performance and improving. There were times this year when I could have been faster but also times that I was faster than him, so I'm working hard and believe in myself," said the 28-year-old.

New hard tire is 'insurance' – Pirelli
(GMM) Pirelli has defended its decision to introduce a 'super hard' tire in 2018.

After a full season with the new, faster cars, F1's tire supplier is now introducing a 'hyper soft' and 'super hard' at each end of the compound spectrum.

But some have criticized Pirelli for coming up with a new hard tire that is unlikely to be ever suitable for use.

"Basically, we assume we will never use the super hard tire. But it's still difficult for us to assess how quickly these new cars will be developed, and whether some corners could become critical.

"The hard tire is enough on the circuits that put the tires through a lot, but according to the regulations we may add another compound during the season. It's better to be safe than sorry," Isola added.

Rosberg 'not surprised' Ferrari lost in 2017

(GMM) Nico Rosberg insists he continues to have no regrets about deciding to quit F1 at the age of 31.

The German said there had been some "difficult moments" adapting to life in the slower lane, but insists he is happier than ever.

And Rosberg told La Gazzetta dello Sport that he is also extremely busy.

"Today I am a family man, an advertising medium, a manager. And I am looking after investments, especially for start-up companies in the field of mobility."

Next up is an autobiography, and "I am beyond the planning stage".

And when he quit F1 a year ago, he said he wanted to learn to play guitar and to ski, with the latter having been prohibited by his Mercedes contract.

"I have not been skiing yet but that will come in the next weeks," Rosberg smiled. "I started to play guitar in 2016 but then I got tendinitis."

Finally, the German said he enjoyed watching the 2017 season as a spectator.

"I thought it was a great season," he said.

"Ferrari put up a great fight, but I'm not surprised they failed, because Mercedes raised the bar again.

"I expect a very competitive Ferrari for 2018, but Mercedes has become even stronger. I know very well what they are capable of."

(GMM) Charles Leclerc admits it was "difficult" to keep F1's worst kept secret in the second half of the 2017 season.

Most F1 insiders suspected the Monaco-born 20-year-old would make his debut in 2018, and it was finally made public along with Sauber's Alfa Romeo deal a few days ago.

Asked how hard it was to keep it all secret, Leclerc admitted to Blick newspaper: "It was pretty difficult!

"Of course, I heard all of the rumors too, but it was also stressful because nothing was official. I really didn't know for sure until the last day of testing in Abu Dhabi," he said.

Sauber was F1's slowest team in 2017, but Ferrari junior driver Leclerc says he is confident for next year.

"I'm really looking forward to the first race and also that I am involved in the return of Alfa Romeo. Everyone with a passion for F1 knows that Alfa has set some milestones in the sport," he said.

There is some debate about who the 'number 1' at Sauber will be next year: Leclerc with his Ferrari links, or Marcus Ericsson, who is closely tied to the team's owners.

Asked about that, Leclerc said: "I will just focus on myself and my job.

"We get the new Ferrari engine, which will be a big step forward. Hopefully it's the same for the car. Then I hope we can play a role in the season."

Be it new chassis and tire regulations, the sudden retirement of its world champion driver or the defection of its technical director, Mercedes has weathered the storm.

Despite an increased challenge from Ferrari this season, Mercedes domination of the sport under the new hybrid formula continued, the German team now having won 63 of the 79 (79.74%) of the races held since the new engine formula was introduced in 2014.

And with minimal regulation changes for next season, the sport's technical boss, Ross Brawn, fears the domination will continue.

"They've got a great group of people, but my slight worry is that they will get even stronger now," he told ESPN. "They've had a change of senior management and that was in the middle of a regulation change, which is not easy.

By their own admission, the car they had this year was a bit of a diva," he continued, "and I strongly suspect that's not going to be the case next year. So I just see – unfortunately in many ways – a continuation of the steamroller. Let's hope I'm wrong!"

The Briton's "slight worry" will be echoed by race fans around the world, not because they particularly dislike the German outfit or its drivers but because, as was the case during the era of Ferrari dominance in which Brawn was an integral part – they don't want to see one team dominating.

"But in terms of changing the cars, in terms of tuning the circuits and in terms of perhaps developing the tires to help the racing, that is going to take some time," he admitted. "But I think you will see over the next few years that every decision will be made to move in that direction, whereas before that was not always the case. I think I can make a commitment that every sporting and technical decision we take will be in the direction of improving the racing and improving the show."

Fact is, with the engine regulations not due for overhaul until 2021, there is the very likely prospect of Mercedes not only dominating again 2018 but in 2019 and 2020 also.

Ferrari is likely to continue to shoot itself in the foot, as it always has done, while Red Bull doesn't even know what engine it will have beyond 2018 and should the experiment with Toro Rosso and Honda prove pointless the Austrian team – despite Christian Horner's recent comments in terms of Ferrari's threats – is likely to voice its own quit warning.

All this on a day that it is confirmed that overtaking this season is down by almost 50% on last year.