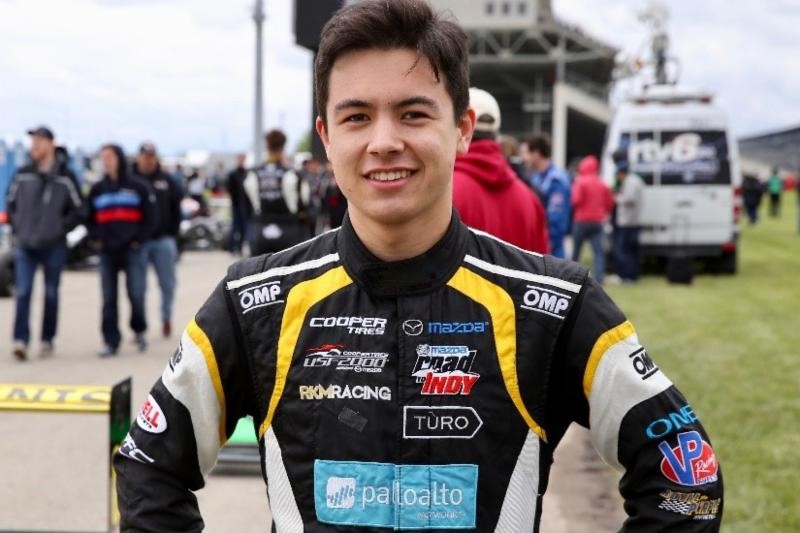 Robert Megennis (New York, New York) moves up to the Pro Mazda series after a strong two-year run in the Cooper Tires USF2000 Championship Powered by Mazda. The young American finished off the 2017 season with one pole and one win, both coming at the season-opener on the streets of St. Petersburg, Florida. Megennis first joined the Mazda Road to Indy ladder system in 2016, where he was awarded “Rookie of the Year" and received the “Tilton Hard Charger" award while running in the USF2000 series.

“I’m very excited to be joining Juncos Racing for the 2018 Pro Mazda Championship," said Megennis. “We had a great Chris Griffis test, where we led sessions on both days. I have a lot of confidence in Juncos' ability to not only give me the fastest car on the grid but also to help me become a better all around driver. The team has proven itself in every series it’s contested, and I'm confident that we will perform with the new PM-18. I'm looking forward to a great upcoming year. I can't thank Juncos Racing and Palo Alto Networks enough for this amazing opportunity. GO GREEN!"

Megennis made his first run with Juncos Racing at the 2017 Chris Griffis Memorial Test at the Indianapolis Motor Speedway. Although Megennis ran into electrical issues the first day, he was able to put together a strong run finishing the final session of both days at the top of the speed charts.

Team Owner Ricardo Juncos said, “After what Rob (Megennis) showed us at the Chris Griffis Test this past October, I am thrilled to add him to our Pro Mazda driver line-up. This test really tests a driver since everyone is watching, unlike most other tests when you are there without the pressure of others. Rob ran into some electrical issues the first day of the test, but that did not stop him from putting up the fastest time in the last session and he came back the next day and did it again. After seeing how he performed under this type of pressure I am very confident he will have a great year in the Pro Mazda series. I want to thank Rob, his family and Palo Alto Networks for their commitment to our team and I look forward to a solid year with Rob in the Pro Mazda championship."