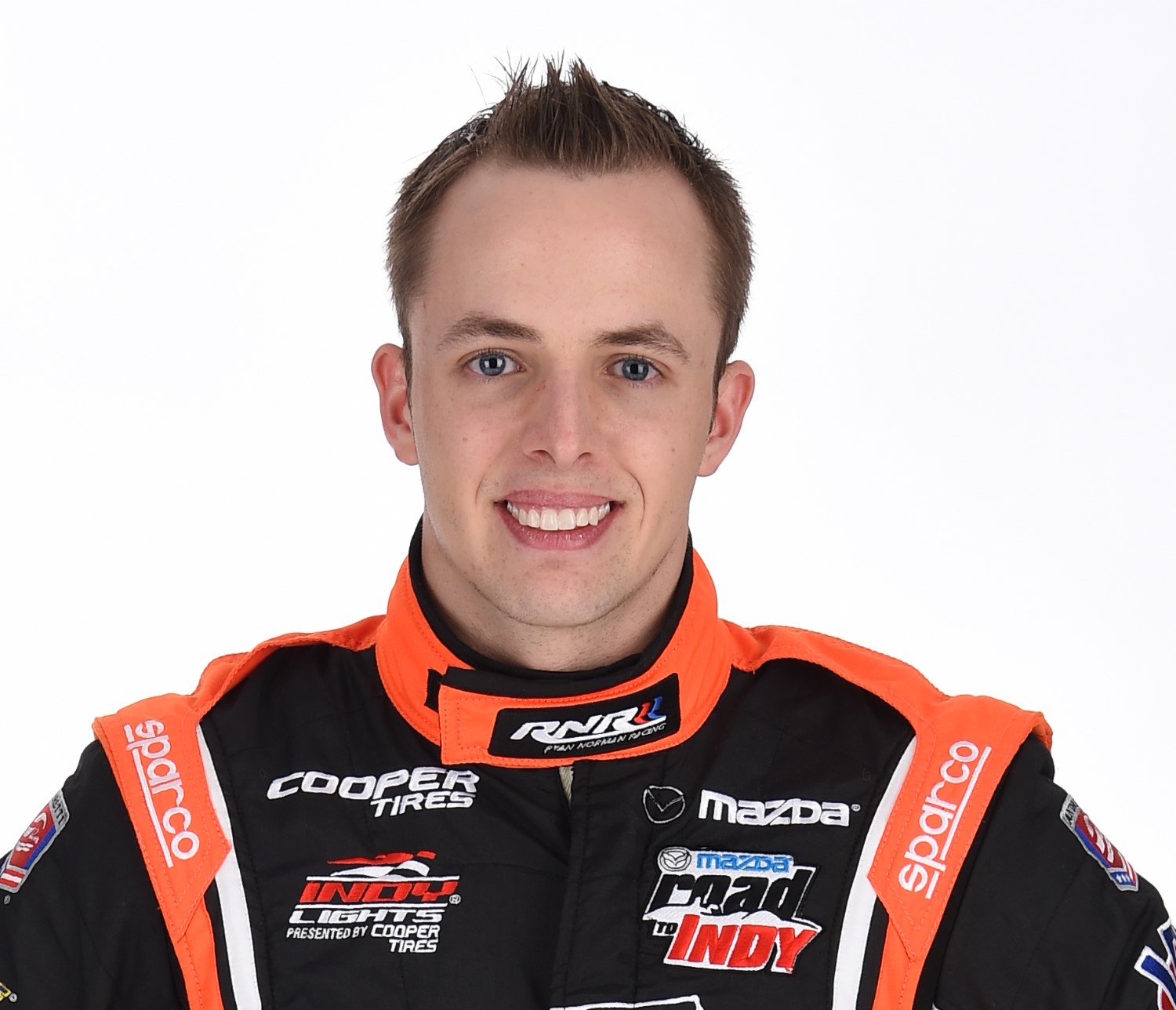 Ryan Norman is primed to better himself in his second Indy Lights presented by Cooper Tires season.

The 19-year-old from Aurora, Ohio, ended his rookie season 11th in the standings. Despite missing out on the top 10 in the championship, Norman tied series runner-up Santi Urrutia with the most top-10 race finishes in the season (15) and earned the Tilton Hard Charger award for most positions gained over the course of the season.

That alone has him excited for the 2018 campaign with Andretti Autosport.

“It is a little bit of a confidence booster at the end of the year to know that I did that," Norman said. “I think it’s just definitely going to be a little better this year (in 2018) with the experience and confidence now."

In his maiden Indy Lights campaign, Norman faced the challenge of not knowing most of the circuits. Coming from a two-wheel racing background in motocross, Norman didn’t join the four-wheel set until 2014. He captured five wins and finished second in the 2015 SCCA Formula Enterprise championship and followed that a year later with 10 victories in 16 races to win the SCCA Formula Atlantic crown, which led to Norman joining Andretti Autosport this year at the top level of the Mazda Road to Indy ladder.

The driver of the No. 48 Journey Mazda/Dallara IL-15 specified that while learning the cars and tracks was difficult, the collaboration with his teammates, track time and simulator work allowed him to grow stronger as the season progressed.

“It was difficult, especially competing with the guys that have years of experience at those tracks," Norman said. “Luckily, I had really good teammates last year (Colton Herta, Nico Jamin and Dalton Kellett) that have been to these tracks before, so I was able to have their data and all that stuff and all their tips that they gave me. It was a lot of sim work that I had to do last year. Knowing where the turns, the brake zones are, so it was challenging."

Norman’s lack of familiarity with most tracks showed in his qualifying results, but he improved from starting position in 11 of the 16 races, with a notable season-best finish of fourth in Race 1 at Road America – a track where he had previously raced.

Norman is also focused this offseason on improving his qualifying craft. His average starting position in 2017 was 9.8 with a best start of third in the first Road America race.

“There were times that I was able to qualify very well, but there were some times where I left a little bit on the table with the new tires," Norman said. “We’re working on that this offseason and it’s already improved dramatically from just a little bit more testing."

Bolstered by his ability to climb through the field in races, Norman believes he can contend for podiums on a regular basis in 2018.

“I think if I can start up front, I’ll be able to stay up front," he said. “I think I’ll be able to, right from the get-go, Practice 1, go out and start working on the practice items that we have set up instead of learning the tracks.

“I think that is really going to set me a step forward in the weekend going forward instead of being a step back and having to catch up. That alone I think is going to have a really big difference come qualifying, and I think it is going to help me start up front and be able to stay there."