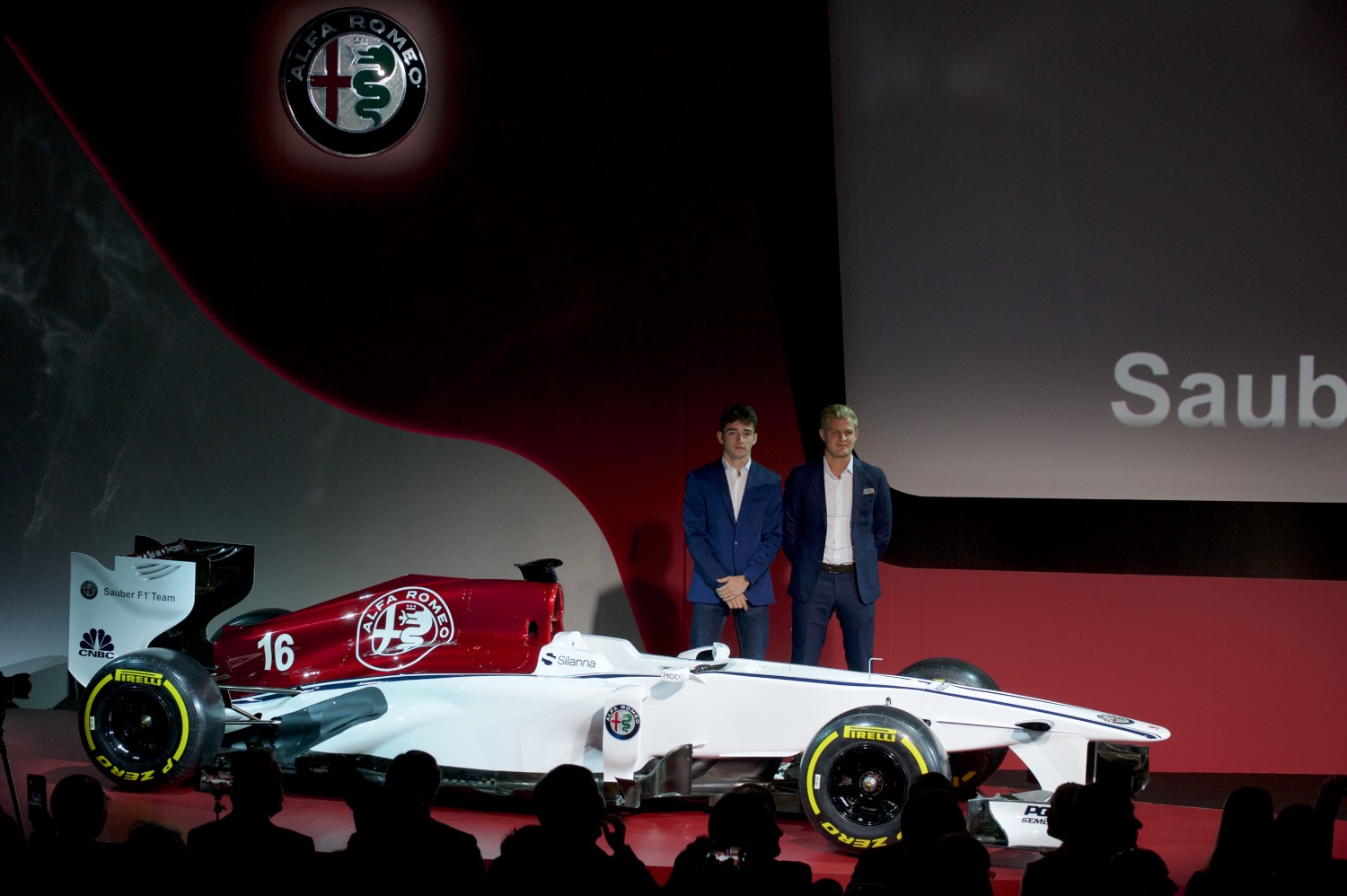 Frederic Vasseur, Team Principal:
“We are all delighted about the cooperation with Alfa Romeo. Today, we created the foundation for our partnership at the Alfa Romeo Museum in Arese, Italy. With Marcus (Ericsson) and Charles (Leclerc), we have a strong driver duo for the debut season of the Alfa Romeo Sauber F1 Team. Marcus is an experienced Formula One driver, who knows the procedures and the team well, after having worked together for the past 3 years. He is a team player, and has a very positive attitude. Charles has proven his talent in several racing series, most recently winning the Formula 2 World Championship title. He had the chance to drive in four FP1 sessions and two tyre tests for us this season, and convinced the team with his professionalism and charisma. I look forward to going into 2018 with this driver pairing, and I am convinced that they will complement each other very well."

Marcus Ericsson:
“First of all, I would like to congratulate the team on the new partnership with Alfa Romeo. It is a great honor for me to be driving for this team in 2018, and I am excited and proud to be part of this promising journey. I am confident that I can add to the knowledge and experience of the team. This winter is going to be very busy, and it will be important to push the development of the car in order to have a good start to the season. I am optimistic, that 2018 can be a big step and a good chance for us to move up in the field."

Charles Leclerc:
“I am very happy to be entering Formula One in 2018. First and foremost, I would like to thank Ferrari for their support. I would also like to thank Sauber for their trust and confidence in me as a driver, and look forward to joining the Alfa Romeo Sauber F1 Team for the upcoming season. It was a great experience to drive a few FP1 sessions and tyre tests for the Sauber F1 Team in 2017, during which the team welcomed me straight away. It is a great working environment, and I already feel confident and comfortable here. In 2018, my aim will be to gain more experience in Formula One, and to bring as much value to the team as possible in return."

The confirmation of Sauber's driver line-up means there is just a sole seat up for grabs, with Williams yet to decide on the identity of Lance Stroll's teammate.

We have updated our 2018 F1 Silly Season Page accordingly.