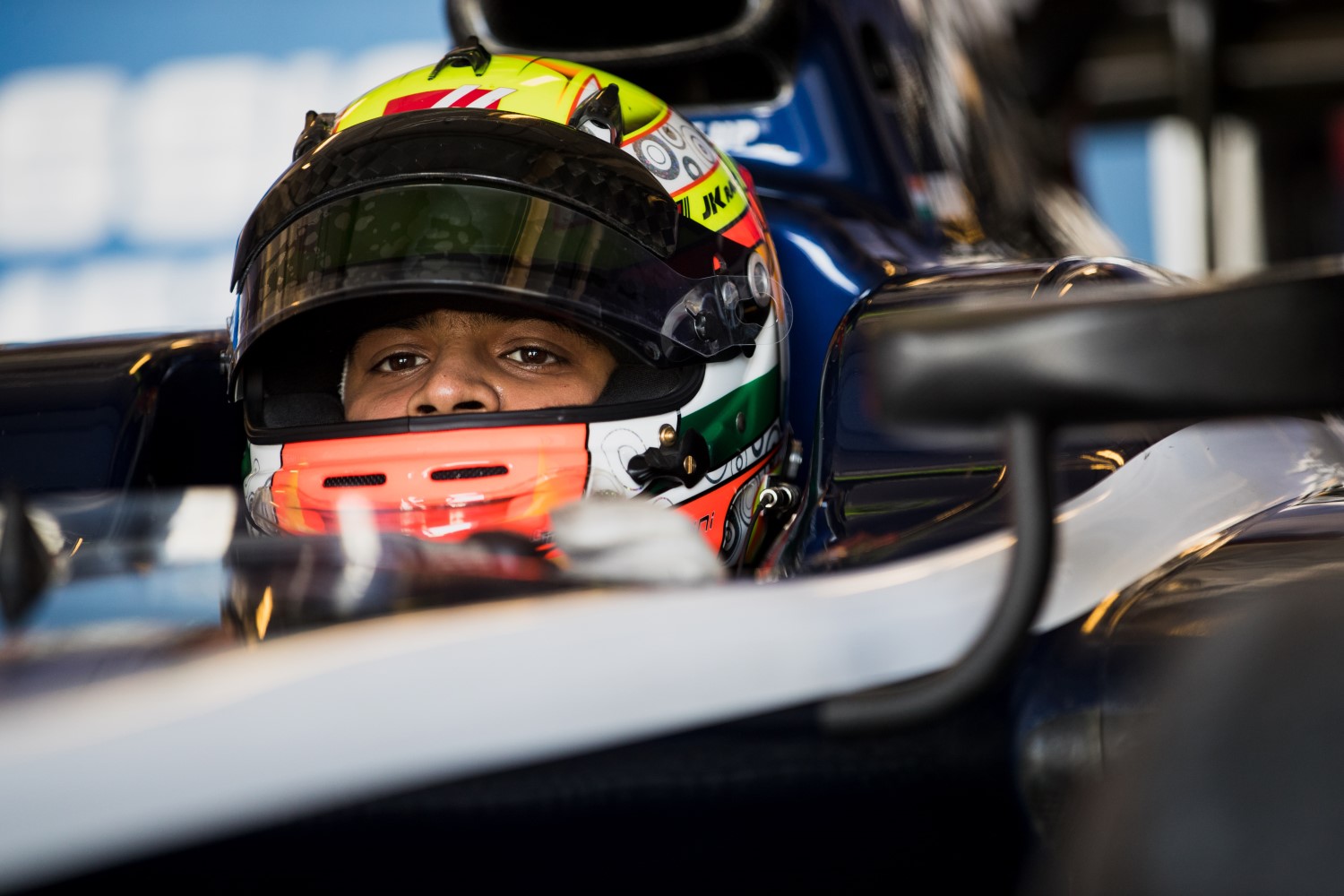 Arjun Maini has grabbed the day 2 honors after running fastest in this evening’s session of the FIA Formula 2 Championship post-season test at Yas Marina Circuit, topping the timesheets just after the 1 hour mark with a lap of 1:48.645 to steal a march on Louis Deletraz and Alexander Albon, with the Swiss driver leading the way in the morning session with a lap at 1:49.134, less than a tenth from Albon and Nicholas Latifi.

The morning session opened to the usual warm and sunny conditions, with most of the teams using their track time to work on their long run pace, with little effort being expended on topping the timesheets. Albon grabbed the top spot at the 1 hour mark, sparking a small competition for P1: first Latifi, then Tadasuke Makino, Latifi once more and finally Albon claimed the top spot over the next 20 minutes, and it looked like the fight was over.

But with just 15 minutes remaining Deletraz slid to the top of the timesheets by half a tenth, just as the message appeared on the screens that Arjun Maini’s laps were to be deleted as his car had been found to be underweight, and with the rest of his competitors returning to the pits for a debrief ahead of this evening’s session it was all over.

The field was slower to emerge for the evening session, with Latifi the first driver under the 1:50 mark 15 minutes in: Deletraz, Oliver Rowland and Albon all squabbled over the top spot with the Canadian for the first hour until Maini, determined to make something of the day, grabbed P1 and held on for the remainder of the session.