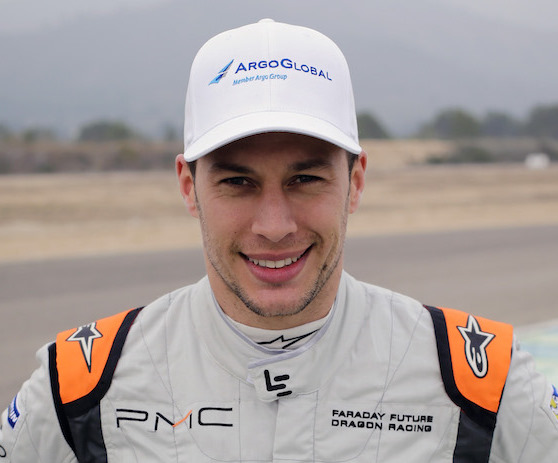 ROCK HILL, S.C. – For its Prototype class debut, CORE autosport has recruited Romain Dumas and Loic Duval to its driver lineup for the Rolex 24 at Daytona. The two Frenchmen will join Jon Bennett and Colin Braun for the 2018 IMSA WeatherTech SportsCar Championship season opener.

Dumas and Duval are both former FIA World Endurance Champions and overall winners at the 24 Hours of Le Mans.

Duval is an Audi Factory Driver, the 2013 FIA WEC Champion and 2013 24 Hours of Le Mans winner, both titles with Tom Kristensen and Allan McNish in an Audi R18.

Not only do Dumas and Duval bring exceptional endurance racing experience to CORE, but both drivers have prior experience in the ORECA 07 Gibson, taking part in various rounds of the 2017 FIA WEC.

Duval made his debut at Daytona in 2017 (driving an ORECA 07 Gibson), while Dumas has made five appearances and finished as high as third in class (2002 and 2008). Neither has tasted victory at Daytona, which is something CORE can boast, having climbed the top step in its first attempt in 2014.

CORE is confident this powerhouse driver lineup paired with its IMSA experience will help it achieve success again at the Rolex 24 Hours of Daytona, January 27 – 28.

Jon Bennett
“I am excited to share our new ORECA 07 with an amazing group of all-star teammates. Both Romain Dumas and LoÃ¯c Duval are simply two of the most talented race drivers in the world. Both Romain and LoÃ¯c have unmatched experience in 24 hour endurance competitions. In the trophy case, both Romain and LoÃ¯c have proof of the day they stood upon the podium as overall champion at Le Mans. I know Colin [Braun] and I share our new teammates’ passion for adding the Rolex 24 overall win to our collection of victories.

“Our team principle, Morgan Brady, was instrumental in searching the world for the best endurance drivers. We have developed many great relationships since CORE’s beginnings in 2010. These relationships and Morgan’s talent for understanding personalities and strong team chemistry brought us to this incredible opportunity for us all."

Romain Dumas
“I’m really happy to go back to Daytona. For a long a time I’ve been looking to come back, but Dakar is always at the same time. This year, as soon as I get the opportunity with CORE, I decided not to do Dakar.

“Loic and I were teammates at Audi in 2012 and as soon as I heard it was a possibility for him to be part of the team, I was very enthusiastic. We live very close to each other—eight miles away—so we have a good relationship. It was clear when I spoke with him that we are there to achieve the best result and we are old enough to understand that we are here for the team and that’s very important for Daytona.

“I drove this car [ORECA 07 Gibson], this year at Le Mans with Alpine and at Spa. I know it’s a very cool car. I think its pace will be pretty good. I know we have a lot of competition ahead of us. First, we have to do our own race, without looking at everyone else, then the race will come to us if we are doing a good job."

Loic Duval
“Going to Daytona for a racing driver means a lot. It was good to be there. The most impressive thing for me was the banking. When you’re in those corners and you’ve never done an oval or anything like that, it’s impressive to see the angle you can take.

“I’ve been doing some testing back in Europe and I was racing in Bahrain in WEC in the ORECA. It’s definitely good training for me because I will not race any car from now to Daytona, so I’m quite sharp in the LMP2 ORECA, which for me also makes a lot of sense to be fully fit for Daytona."