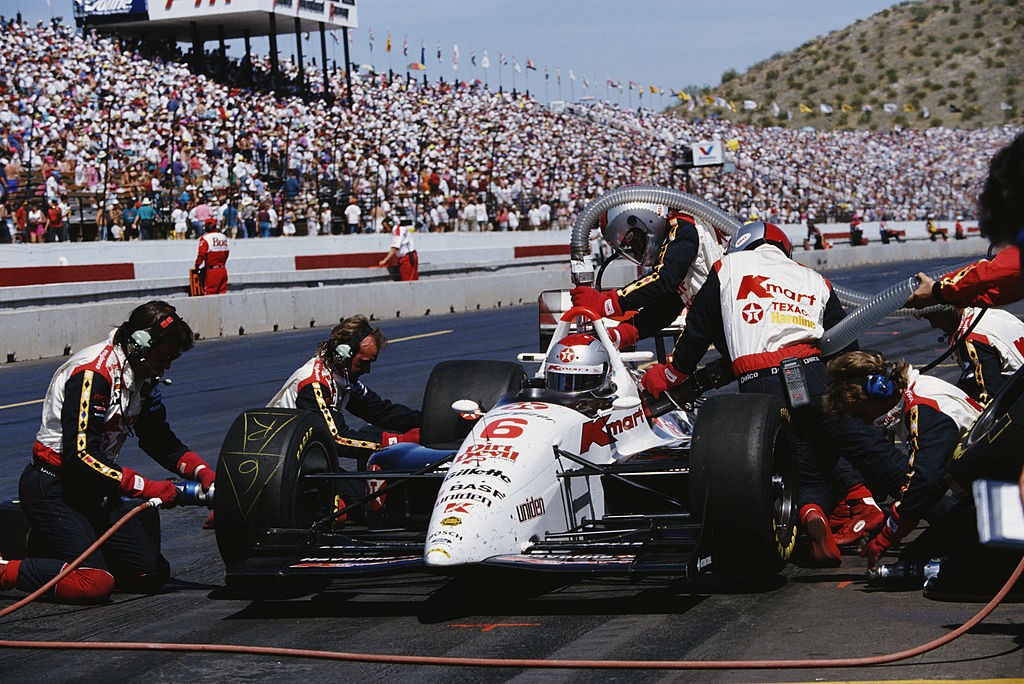 As the stars of IndyCar take over the track in Saturday night’s Phoenix Grand Prix, the weekend will be filled with events celebrating Andretti as one of racing’s most iconic and renowned racing legends, as well as Phoenix Raceway’s rich open-wheel history. The event will be highlighted by a reunion of the drivers who participated in the 1993 IndyCar race that culminated in Andretti’s last open-wheel victory, while racing for the legendary Newman/Haas Racing team. Fans can interact with legends of the sport such as Bobby Rahal, Lyn St. James, and Arie Luyendyk Sr. in a panel discussion and autograph session.

“There’s no more important name in motorsports than Mario Andretti," said Phoenix Raceway President Bryan R. Sperber. “He is also a cultural icon and his name resonates around the world with fans and non-fans alike. To be in a position to host the anniversary celebration of his final open-wheel victory at Phoenix Raceway is truly special. I can’t wait to welcome back the drivers and race cars that created history here 25 years ago."

A very special win for Andretti, the 1993 race at Phoenix marked his 111th and final career victory and his fourth at Phoenix during his career. At 53 years, one month and seven days old, he became the oldest recorded IndyCar winner on a traditional race course, as well as the first driver to win races in four different decades. He also became the only driver to win an automobile race in five-consecutive decades. Andretti still holds IndyCar records for most starts (407), most pole positions earned (67), most laps led (7,595) and most career top-three finishes (144). Phoenix Raceway will celebrate his remarkable accomplishments through special merchandise, trading cards, a tribute panel and special commemorative items for the fans.

In recognition of a long racing and automotive tradition in Arizona, a car corral will be featured on the DC Solar Power Pavilion, displaying historic cars. In a continuing partnership with Classic Racing Times, race cars from the 1993 IndyCar field will also be at the track for fans to enjoy the unique style and design of the IndyCar chassis during the 1990s, some of the sleekest and fastest ever produced.

The Andretti Anniversary celebration will provide a once in a lifetime experience for fans to enjoy at the 2018 IndyCar Phoenix Grand Prix and a unique opportunity to experience the history of the series and Phoenix Raceway.

Tickets to all events throughout the special “reunion" weekend at Phoenix Raceway will be available online at PhoenixRaceway.com, by phone at 1-866-408-RACE (7223) or in person at the Phoenix Raceway ticket office.