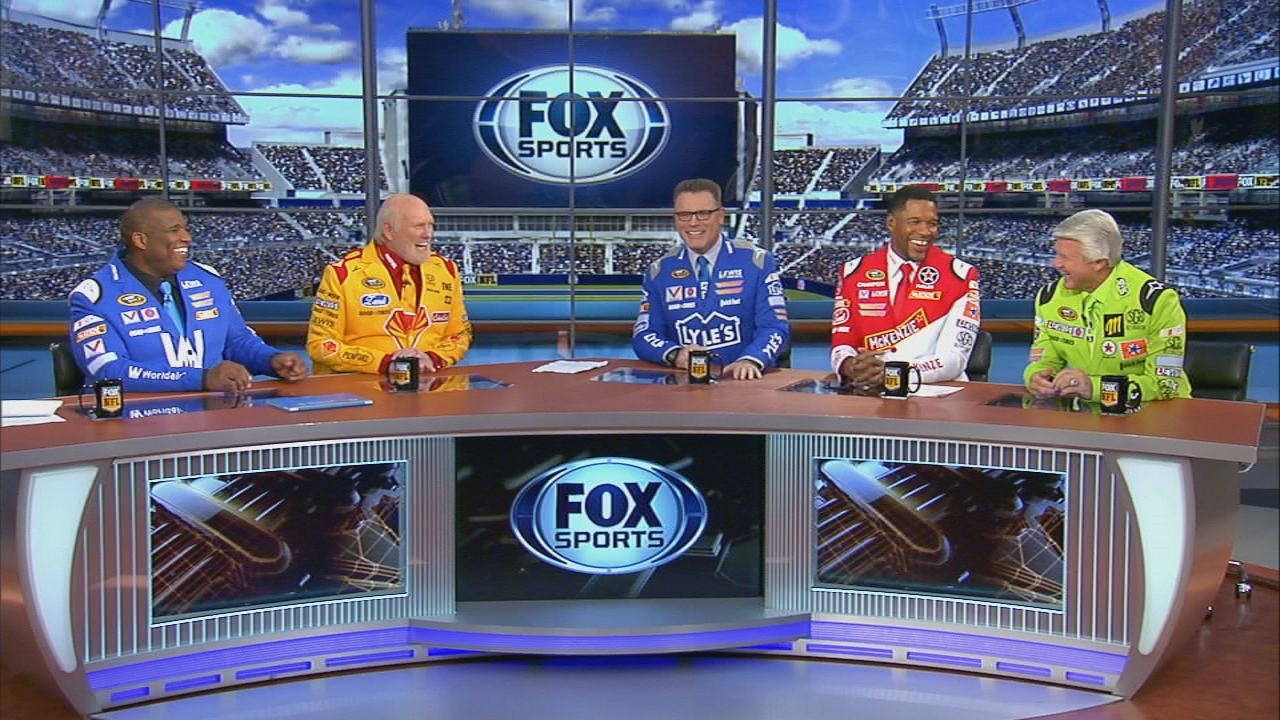 As NASCAR prepares to honor its MONSTER ENERGY NASCAR CUP SERIES champion this weekend in Las Vegas and teams finalize their 2018 lineups, FOX Sports has begun stacking its broadcaster deck for 2018.

New to the FOX NASCAR arsenal next year, the network's 18th consecutive season broadcasting NASCAR races, is veteran driver Regan Smith, who will serve as a pit reporter for the MONSTER ENERGY NASCAR CUP SERIES and NASCAR XFINITY SERIES, in addition to continuing his role as a NASCAR RACE HUB analyst. He took a broadcasting test drive with his race analyst debut last June at Iowa Speedway for FS1's presentation of the NASCAR XFINITY SERIES race.

"When I had the opportunity to be in the FOX Sports booth at Iowa earlier in the year, the driver in me was really intrigued by the TV side of the sport," Smith said. "So, my biggest goal in joining pit road is to be able to give viewers something they didn't know before or to better help them understand something going on with the driver or the car. Since I am still competing, I can put into perspective what a driver is feeling at a particular moment."

Smith, winner of the prestigious Southern 500 at Darlington Raceway in 2011 and 2008 MONSTER ENERGY NASCAR CUP SERIES Rookie of the Year, has regularly appeared as a driver analyst on FS1's NASCAR RACE HUB since 2015.

"We've enjoyed and appreciated Regan's insight in the NASCAR RACE HUB studio but really had our eyes opened to his broadcasting potential at Iowa last summer," said Steve Craddock, FOX Sports SVP of NASCAR Production. "A fan and peer favorite, he has proven himself seamless in translating his years of driving experience to the viewers at home."

MONSTER ENERGY NASCAR CUP SERIES
For its broadcast of the first half of the 2018 MONSTER ENERGY NASCAR CUP SERIES season, FOX NASCAR is armed with seven championships' worth of analysis and insight. For the third year, Hall of Famer and three-time champ Darrell Waltrip pairs with four-time champion Jeff Gordon in the booth for analysis, with veteran play-by-play announcer Mike Joy, covering his 43nd DAYTONA 500 in February, and former DAYTONA 500-winning crew chief Larry McReynolds with race analysis on the strength of his 43 years in the sport.

NASCAR XFINITY SERIES & "Drivers Only" Broadcast
The NASCAR XFINITY SERIES returns to FOX Sports for the fourth consecutive season in 2018, with Adam Alexander once again handling fulltime play-by-play duties alongside analyst Michael Waltrip and a rotation of prominent MONSTER ENERGY NASCAR CUP SERIES drivers to be announced in the near future. Little, Yocum and Smith cover pit road.

Additionally, FOX Sports brings back its "Drivers Only" NASCAR XFINITY SERIES broadcast in 2018, at a track to be announced in the near future, after a wildly successful and critically acclaimed debut in June 2017 at Pocono Raceway. Throughout the 2017 NXS season, FOX Sports featured five Cup Series drivers in the booth, offering fans a variety of knowledgeable and current viewpoints.

NASCAR RACE HUB, FS1's daily news and update program, continues live at 6:00 PM ET every Monday through Thursday. Alexander and Spake co-host the hour-long program with analysts McReynolds, Hammond and Andy Petree, who are joined by a rotating team of active drivers and crew chiefs. The duo of Cavanna and Vincie are back with daily reports from NASCAR race shops, while Roberts hosts most Thursdays.

NASCAR RACE HUB WEEKEND EDITION, hosted by Roberts, is a Friday and Saturday fixture on FS1, delivering at-track updates and news as it breaks throughout the course of the race weekend. Fox Sports