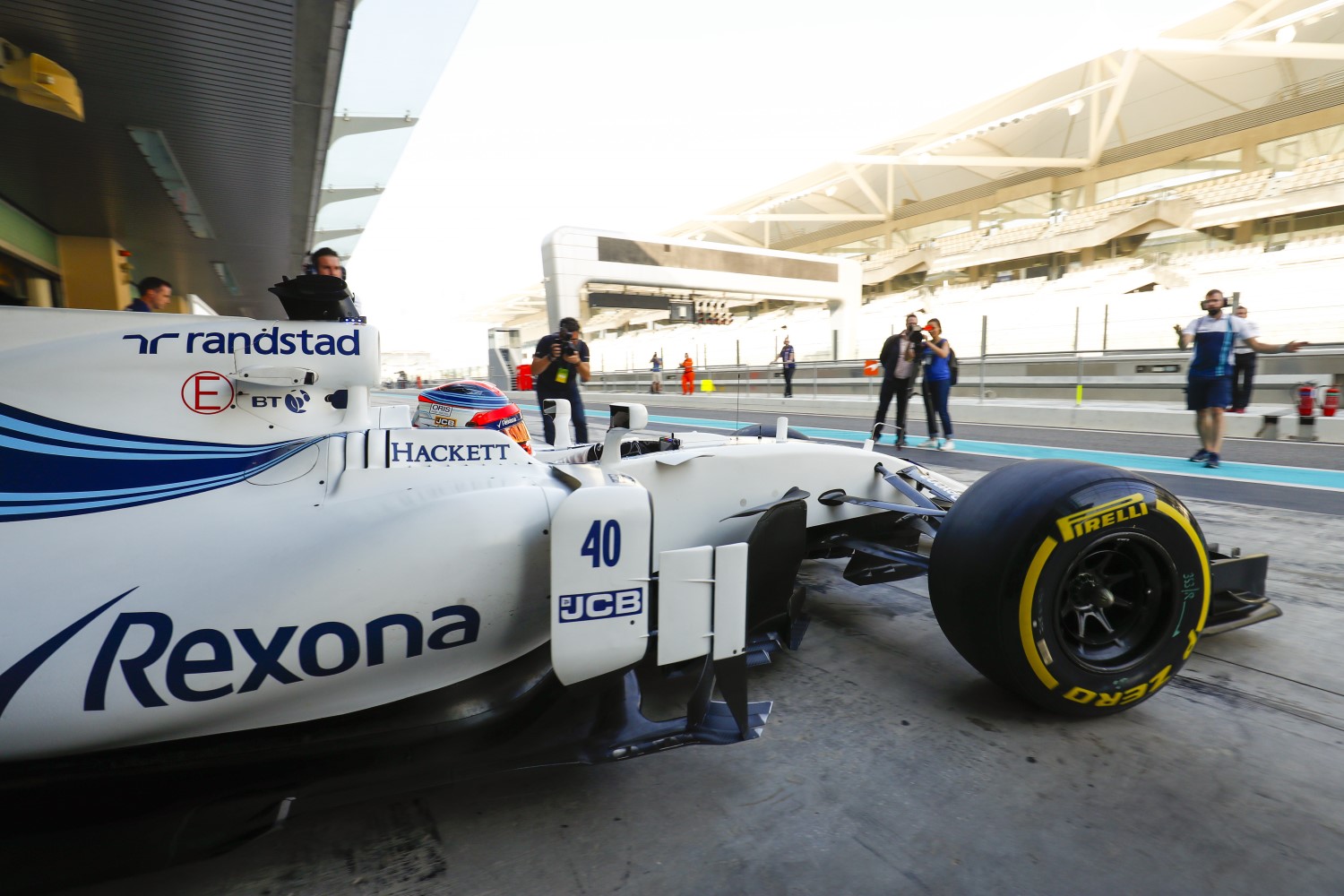 Mario Isola, Head of Car Racing – “We completed a record-breaking 2017 season, featuring 25% wider tires and some of the fastest lap times ever seen, with two intense days of work at Abu Dhabi, during which the teams sampled the 2018 tires for the first time.

Each team had 20 sets for the test: 12 sets chosen by Pirelli (with a selection of 2018 tires plus some 2017 tires for comparison) and the other eight selected by the teams themselves. In total, 23 different top drivers did some long runs as well, so not in qualifying conditions. The characteristics of the Yas Marina circuit meant the test concentrated on the compounds from White medium to the Pink hypersoft. The whole test and all the drivers gave us very positive feedback.

The new Pink hypersoft meets our initial expectations, with times that are about a second per lap faster than the Purple ultrasoft, but this obviously needs to be confirmed on other types of track as well. All the 2018 tires are a step softer than this year’s equivalents, in line with what the teams asked for, with the Pink hypersoft (just added to the range) so being two steps softer than the 2017 ultrasoft. We now look forward to getting back on track for the first official pre-season test of 2018 at Barcelona from February 26 to March 1".

Vettel set his 1m37.551s on the new hyper-soft tire in the morning, and the time was not beaten. Pole time this past weekend was 1m36.2s so the time were nothing to get excited about.

Sebastian Vettel drove the SF70H for a final time of 2017, running off 118 laps and completing all the planned program, which included running the different tire compounds over both performance laps and long distance runs.

Valtteri Bottas and Max Verstappen were second and third for Mercedes and Red Bull respectively, with Sergio Perez and Esteban Ocon alternating in the Force India and taking fourth and fifth.

Williams was evaluating both Sergey Sirotkin and Robert Kubica.

Sirotkin drove for the majority of the day and set his best time of 1m39.947s on the soft tire, placing him 10th.

Kubica bolted on hyper-softs for a late run and lapped in 1m39.485s, 1.9 seconds off Vettel's pace. He ended the test seventh, behind Carlos Sainz Jr's Renault.