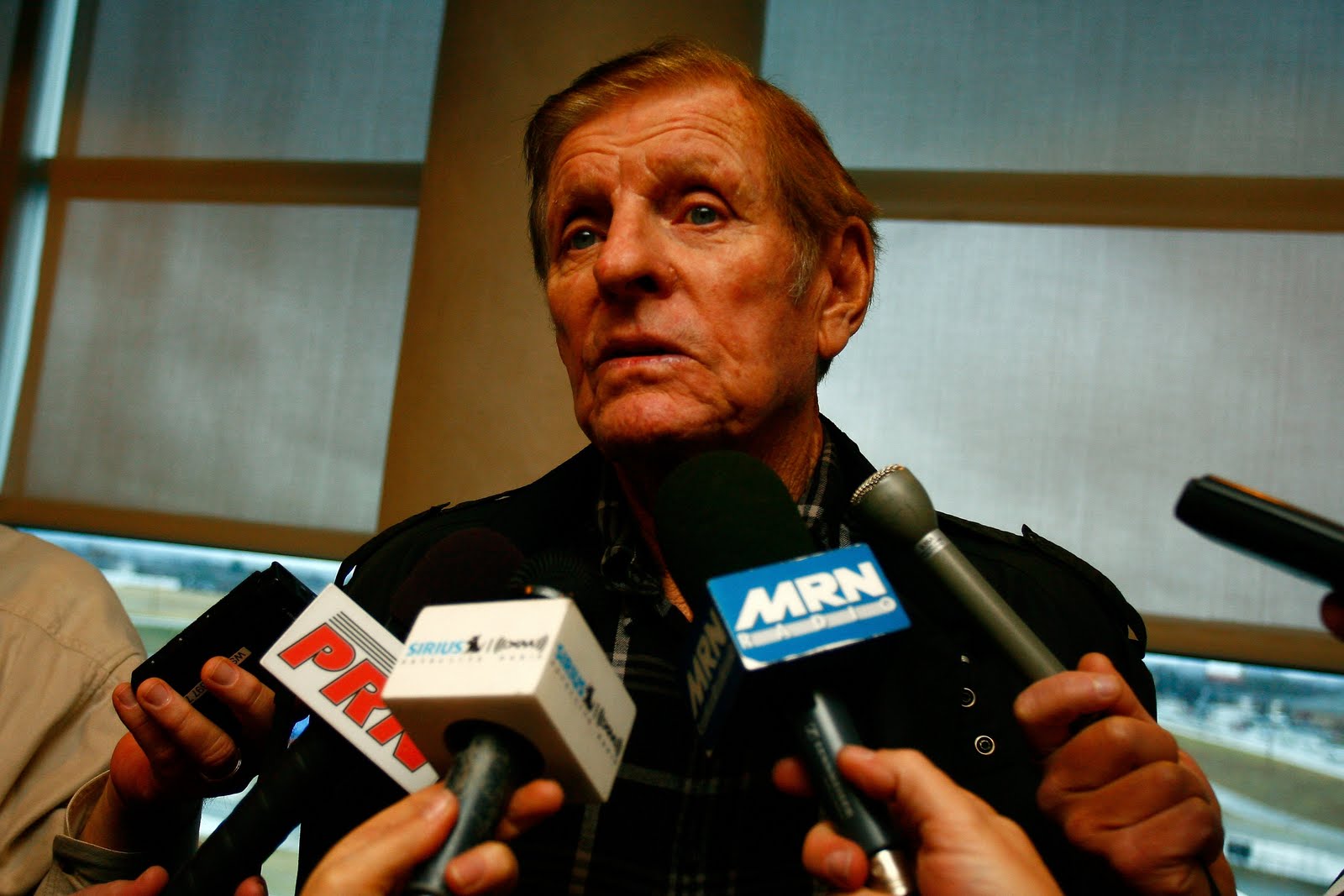 Walter "Bud" Moore Jr., a decorated member of America's "Greatest Generation" who went on to win NASCAR championships as car owner and crew chief, has died at the age of 92.

Moore, a Spartanburg, South Carolina, native who won the NASCAR premier series title in 1957 as crew chief for Buck Baker and car owner titles in 1962-63 with Joe Weatherly, had been the oldest living member of the NASCAR Hall of Fame. He was inducted in 2011.

After graduating from high school, Moore joined the military in 1943 at the age of 18 as a machine gunner, assigned to the 90th Infantry Division which landed on Utah Beach in France on D-Day, June 6, 1944. His unit was attached to General George W. Patton's "Third Army," which pushed to liberate Europe. In recognition of his heroism, Moore was decorated with five Purple Hearts and two Bronze Stars (the second with clusters).

Auto racing was a destination for many returning veterans. NASCAR was born in 1948 and Moore, as a South Carolinian who enjoyed fixing cars, would make the organization his life's work. Referring to himself as "a country mechanic who loved to make 'em run fast," Moore stood more than six feet tall and couldn't be missed in the garage – or in Victory Lane where his cars won during parts of four decades beginning in 1961. In all, Moore won 63 times as an owner.

Moore and Weatherly proved to be a virtually unstoppable combination. The duo won eight times in 1961 and 12 times during their back-to-back championship seasons. Weatherly died in early 1964 during a race at the old Riverside (California) International Raceway, ending what could have been a dynasty rivaling that of Petty Enterprises and other top teams of the era.

Moore's team would not win another title but came close with such top drivers as NASCAR Hall of Famers Dale Earnhardt and Bobby Allison, and NASCAR Hall of Fame nominees Buddy Baker and Ricky Rudd. Each managed to finish among the top 10 in the championship standings at least once, with Allison the runner-up in 1978.

Allison won the 1978 Daytona 500, a feat not previously accomplished by Moore or Allison.

He is also survived by brothers, Ralph, William, and Richard Moore and sister, Ann Moore Elder. He was preceded in death by his wife of 64 years, Betty Clark Moore, and his brothers, Charles, Cecil and Donald Moore and sisters, Edith Moore Gregory and Helen Moore McKinney.

Services and arrangements will be announced at a later date.

Statement from Brian France: "Many choose the word 'hero' when describing athletes who accomplish otherworldly sporting feats. Oftentimes, it's an exaggeration. But when detailing the life of the great Bud Moore, it's a description that fits perfectly.

"Moore, a decorated veteran of World War II, served our country before dominating our sport as both a crew chief and, later, an owner. As a crew chief, Moore guided NASCAR Hall of Famer Buck Baker to a championship in 1957. As an owner, he captured consecutive titles in 1962-63 with another Hall of Famer, Joe Weatherly. Those successes, along with many more, earned him his own spot in the NASCAR Hall of Fame in 2011.

"On behalf of all of NASCAR, I offer my condolences to Bud's family, friends and fans. We will miss Bud, a giant in our sport, and a true American .