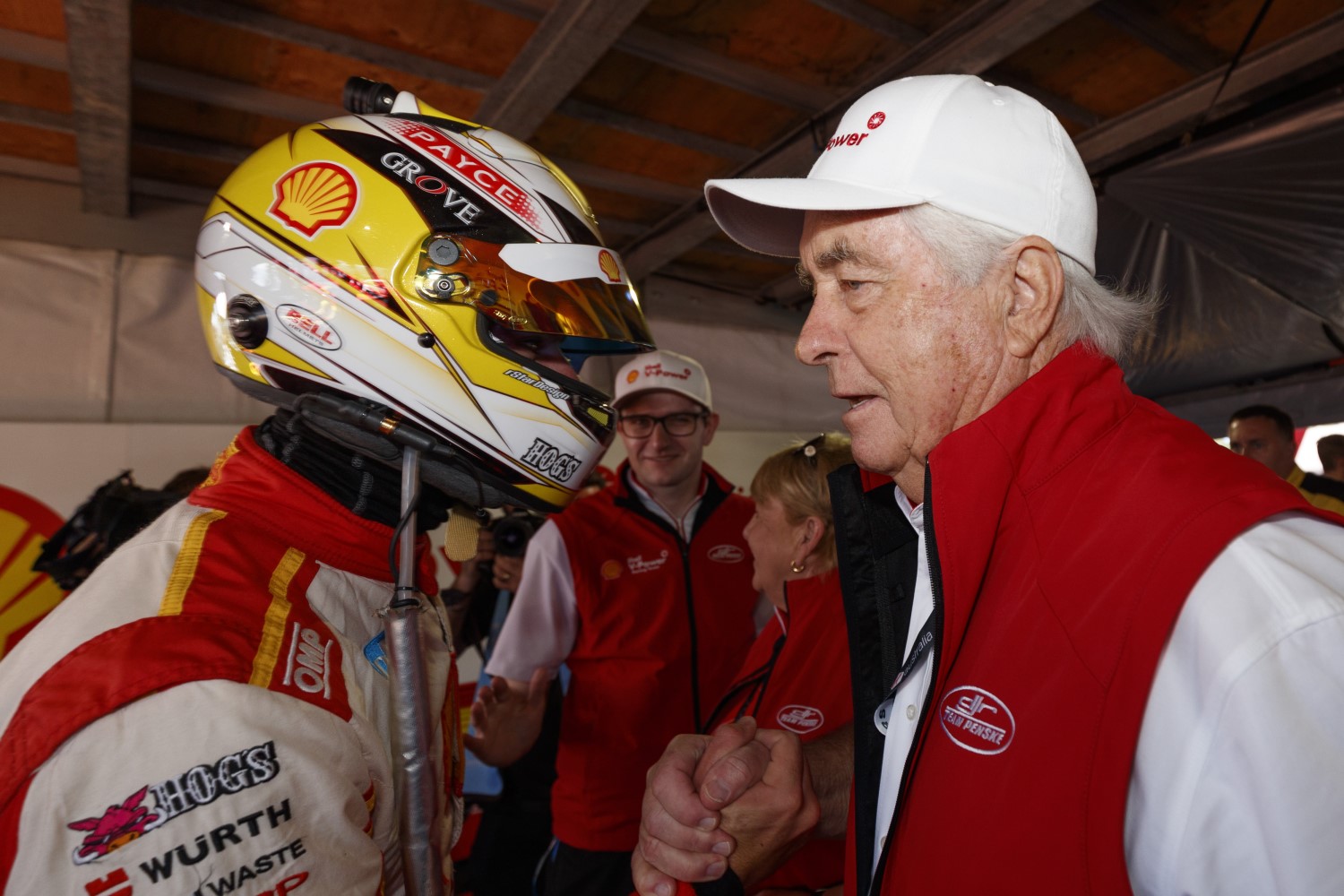 Wonderfully, it does exist.

“Our guys in the States, they’ve created one, yes,’’ grins Roger Penske, US billionaire.

“With Jerry Seinfeld, I don’t know if he was talking about me in that episode or not. But for fun we have put something together."

Seated now in a small, makeshift office behind the Newcastle 500 pit lane, Supercars’ richest owner is giving The Sunday Telegraph more time, and leeway, than you would expect an American businessman worth US$1.6 billion.

Ask him about Scott McLaughlin, for example, and ‘The Captain’ concedes, when first approached about signing the young New Zealander, he had no idea who they were even talking about.“Had never heard of him,’’ he shrugs.

Well, Penske hints of one day running him in Indycar.

Elsewhere, the US trucking mogul also welcomes his impending Supercars war with countryman Michael Andretti — who brings his own US$20 million empire to the grid in 2018 — and enthusiastically talks up an Australian presence “for the next 50 years".

But then, on behalf of Seinfeld fans the world over … we just had to ask.

Specifically sir, and with all respect, what does a Forbes 400 fella make of that Penske file episode?

Are you a fan? Does such a dossier exist?

And what the bloody hell would’ve made George Costanza Penske material?

At which point, this 80-year-old admits, with broadening smile, that he and Seinfeld actually know one another. In fact, years back the comedian purchased his 1974 Porsche Carrera RSR.

“But where his idea came from, I don’t know,’’ he shrugs. “I certainly didn’t phone him saying ‘listen, you should have a Penske File’."

On the cusp of winning his first Supercars Championship this weekend, the global racing king also offered up another anecdote when quizzed on his impending showdown with Andretti, who joins the grid next year with Walkinshaw Racing.

“Way back in time," he says, “I was offered a test at Indianapolis as a driver.

“But because I had a job, and couldn’t take time off, Michael’s dad took the test for me …"

And from there, of course, Mario Andretti became one of the most recognized, and successful, racers in US history. Formula One, IndyCar, NASCAR, even sprint cars — he won in everything.

“And I became a businessman," Penske smiles. “So we’d both say it worked out OK."

And speaking of things working out OK, how wise his decision to sign McLaughlin?

“First year," he says, “we asked our driver Marcos Ambrose about who else we should get.

“And he said Scott was the guy.

“I’d never heard his name. Some of the other guys might’ve, but I didn’t know him."

But as for his future now with Team Penske?

“Maybe not to run the Indy 500 car this year,’’ he smiles. “But certainly down the track, it’s something to be considered.

“But as with all our drivers, we look at things in terms of a partnership. You don’t just get a guy because you think he’s fastest, he has to fit a number of criteria."