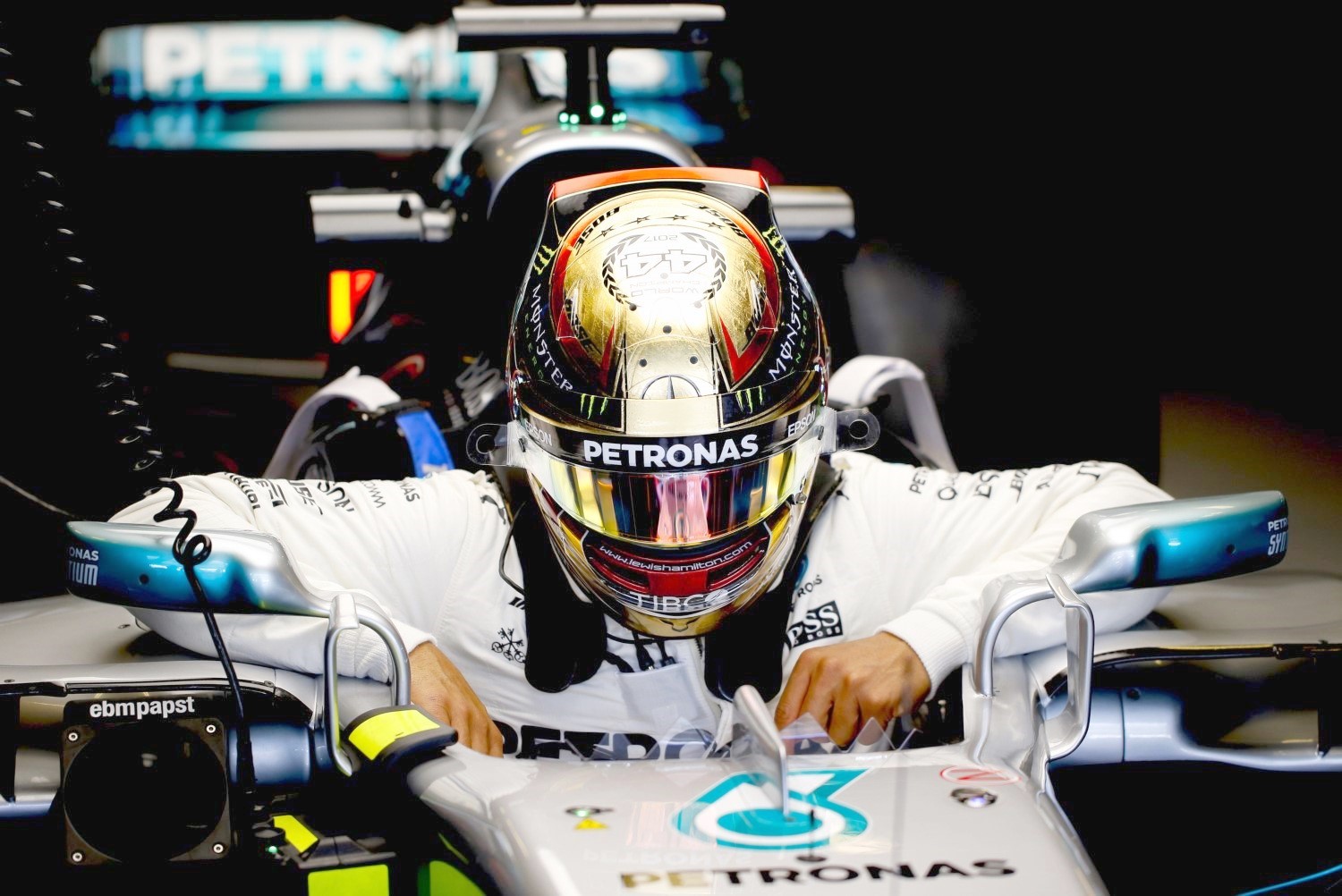 After Friday’s incredibly tight sessions, the Aldo Costa designed Mercedes started to show its dominance in Saturday afternoon’s running at Yas Marina in preparation for the Abu Dhabi GP. Lewis Hamilton led the way from teammate Valtteri Bottas, with the Ferraris of Kimi Raikkonen and Sebastian Vettel half a second down.

However, it should be remembered that Mercedes always turns up the wick in their power unit for qualifying and tomorrow’s race, so not too much should be read into the FP3 times as the 1/2- second gap will probably grow even larger.

Daniel Ricciardo was the leading Red Bull in fifth, two-tenths up on the sister car of Max Verstappen, while both McLarens made the top ten, with Fernando Alonso and Stoffel Vandoorne heading Renault’s Carlos Sainz and Force India’s Sergio Perez.

New Zealander Brendon Hartley will start his fourth race in Formula One with a fourth grid penalty after his Toro Rosso team replaced part of his car’s Renault power unit for Sunday’s race.

The 28-year-old double world endurance champion and Le Mans 24 Hours sportscar winner made his F1 debut with a 25 place penalty at the U.S. Grand Prix in October. Hartley was then handed a 20 place demotion in Mexico and another penalty in Brazil as the Red Bull-owned team wrestled with engine reliability. Formula One technical delegate Jo Bauer said in a statement on Friday that Toro Rosso had replaced the motor generator unit-heat (MGU-H) in Hartley’s car, which recovers energy from the exhaust. That breach will incur a 10 place penalty. Toro Rosso are sixth in the constructors’ championship, four points clear of Renault and a further two ahead of Haas.