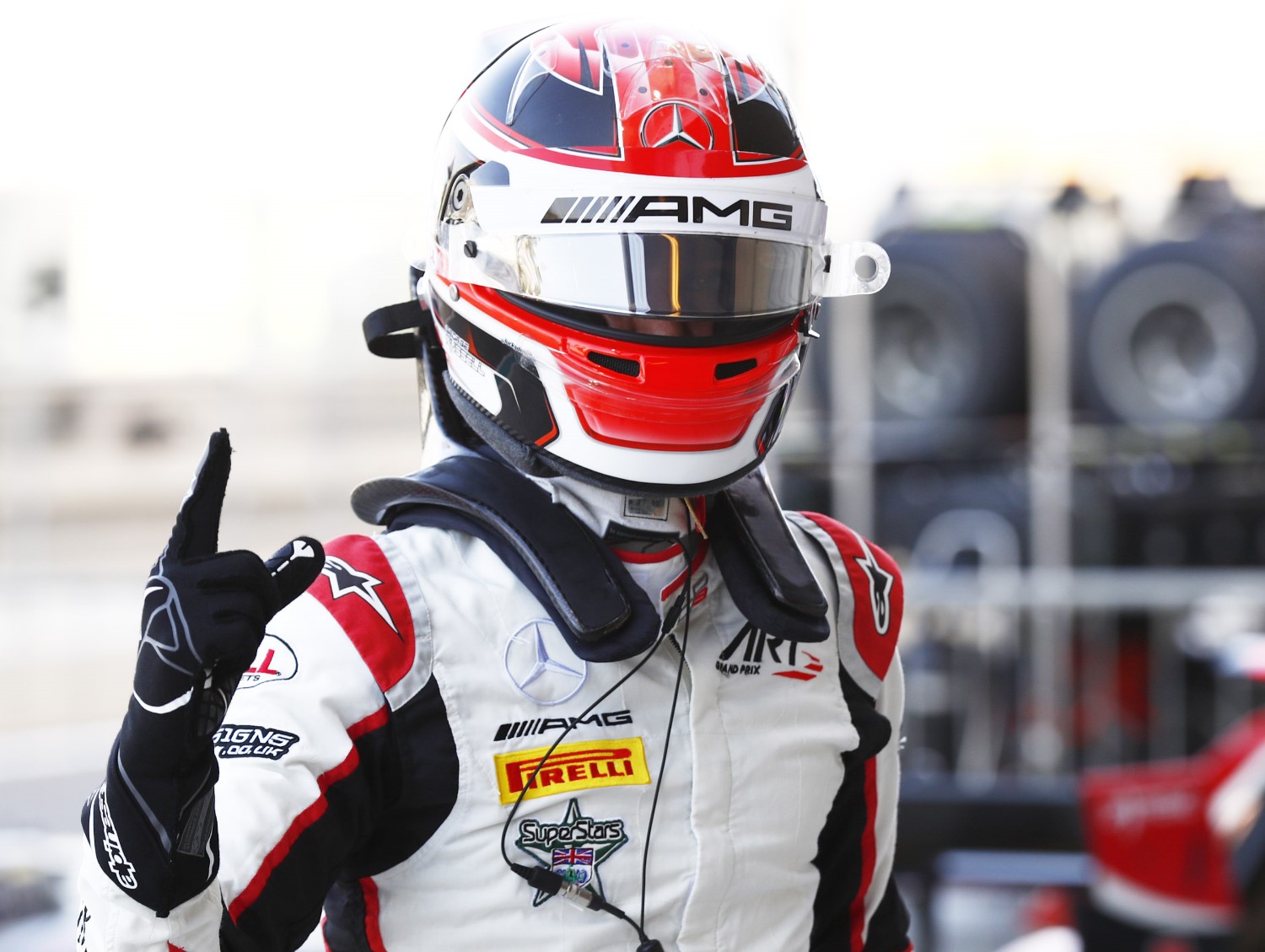 George Russell pulled out a champion’s drive in this afternoon’s qualifying session at the Yas Marina Circuit: the Briton defied the difficulty of jumping from GP3 to F1 with Force India and back today with a stunning last lap to claim his fourth pole position of the season (and rounding out 2017 by ensuring that ART Grand Prix grabbed every pole of the year) by three tenths from Arden International teammates Leonardo Pulcini and Niko Kari.

The new champion’s best time of 1:54.751 came after the checkered flag had dropped: Russell was the last man in a series of quickest laps to ensure that his rivals realized he will not be taking this weekend easily just because the pressure of the championship is over.

The track opened to hot and sunny conditions, with all of the drivers running straight out to take advantage of the F1 rubber from their recent free practice. Russell, who had helped to lay down some of it, was taking the early part of the session easy as his rivals squabbled over the top spot: Dorian Boccolacci, Arjun Maini and Dan Ticktum all spent time on the top spot before returning to the pits, with Russell staying out one lap later and running green in sector 1 and purple in sector 2 before ominously aborting the lap as he returned to the pits, confident he had more to come.

With 5 minutes remaining the drivers were swapping best times in the various sectors as they warmed their tires for the push to the flag: Pulcini and then Russell claimed P1 with a few minutes remaining, then pulled back for a slow lap before pushing again on the last tour. Maini ran wide out of the marina section and lost his chance while up front Kari topped the timesheets before being usurped by teammate Pulcini and then Russell as the checkered flag dropped, and the session was over.

Behind the top 3 Ticktum just missed out again for P4, but finished ahead of Maini, Nirei Fukuzumi, Boccolacci (who lost time in sector 2 and missed his chance to shine), Raoul Hyman, Anthoine Hubert and Alessio Lorandi were among the 12 drivers within a second of the top spot, all of whom will be looking to unleash their speed in tomorrow’s Race 1.