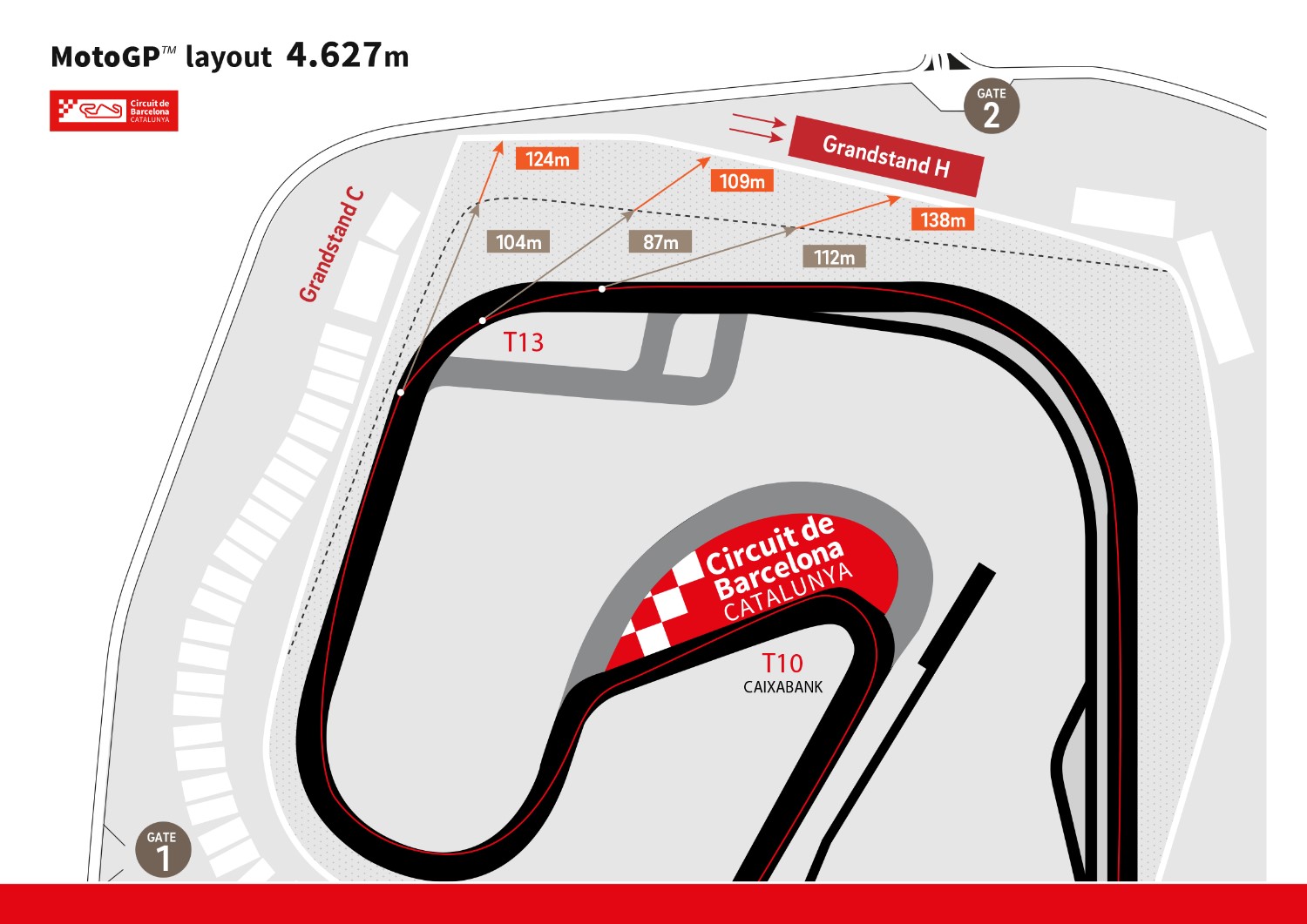 The Circuit de Barcelona-Catalunya Management Board has approved the changes of the racetrack requested by the FIM (International Motorcycling Federation) in order to be able to homologate the track.

Thus, the run-off area of the former Turn 12 used by MotoGP will be broadened with the aim of improving the safety of the layout. To carry out this extension, two modules of Grandstand C will have to be removed, and the complete Grandstand H will be moved, in order to have more space available for the said run-off area, which will be completely filled with gravel. From the braking point, the area will be extended by 20 meters.

Another safety improvement, which is an essential requirement for the track homologation, is the complete re-asphalting of the Circuit de Barcelona-Catalunya track.

The works and the re-asphalting will be carried out during January 2018, except for the dismantling of the grandstands, which will be done during the last weeks of December.

The planned changes have also been agreed on with and accepted by the FIA (Federation Internationale de l’Automobile).