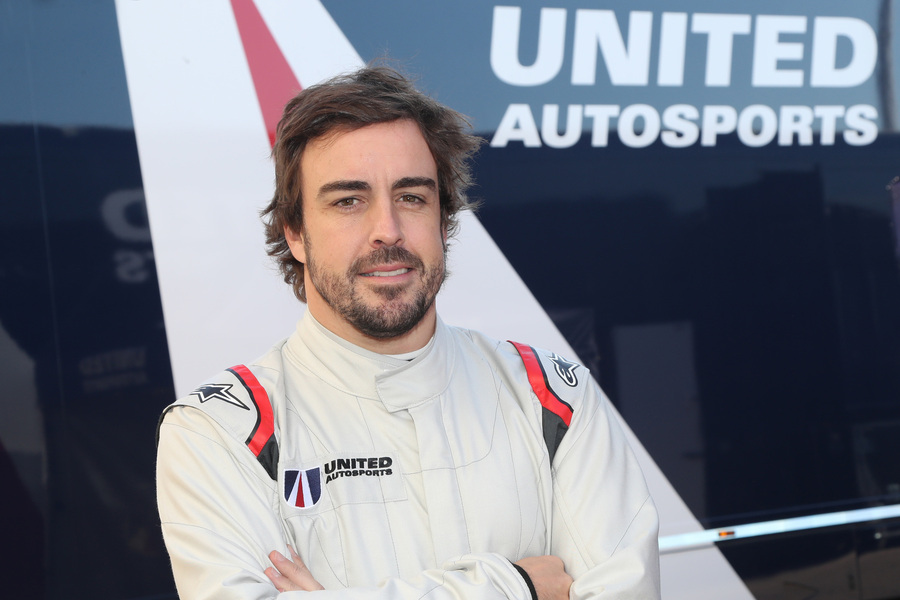 Fernando Alonso has successfully completed his first test in the United Autosports’ Ligier JS P217 ahead of his debut at the Rolex 24 At Daytona in January.

The McLaren driver tested the Ligier at Motorland Aragon in Spain alongside his teammate for Daytona, Phil Hanson. Also present and testing for 2018 was Filipe Albuquerque, who was on hand to answer Fernando’s questions, ahead of his first run in an LMP2 car.

Fernando arrived at Aragon directly from his LMP1 test in Bahrain on Monday evening and completed a seat fitting before his first laps in the Ligier JS P217 on Tuesday morning. Over the course of the test, he covered 483km (98 laps), focusing first on getting familiar with the car. He quickly got up to speed and began to work through various set-up changes and downforce configurations along with completing a planned program of low-fuel, new tyre runs and full-tank race stints.

Fernando completed his first test under the watchful eye of United Autosports Team Owner and Chairman, Zak Brown. He will race the Ligier JS P217 at Daytona with Phil Hanson and McLaren test and reserve driver, Lando Norris.

Fernando is now making his way to Abu Dhabi for the final Formula One World Championship race of the season. His next outing in the Ligier JS P217 will be at the official ROAR before the 24 test at Daytona on 5-7 January.

“I had a great first test with United Autosports. Obviously, we are on a really tight schedule between now and Daytona, but it was nice to jump in the car for the first time. There’s quite a few switches and things to study so it was important to do this initial shakedown before Daytona, so I could fully learn about the car. I’m happy with everything – the car felt great and the team were fantastic. The atmosphere here is wonderful, like a big family, so today has been amazing. I cannot wait for Daytona."

Zak Brown, Team Owner and Chairman, United Autosports:
“Fernando’s first test with United Autosports went awesome as expected. He is a World Champion and it is a pleasure to have him in our car."

Richard Dean, Team Owner and Managing Director, United Autosports:
“We’ve had a good first test with Fernando. We shouldn’t be surprised that it took him no time at all to get used to the car and the circuit having never driven here. He immediately got down to really competitive times and set to work understanding the car and doing long runs and race distance stuff – hugely impressive."