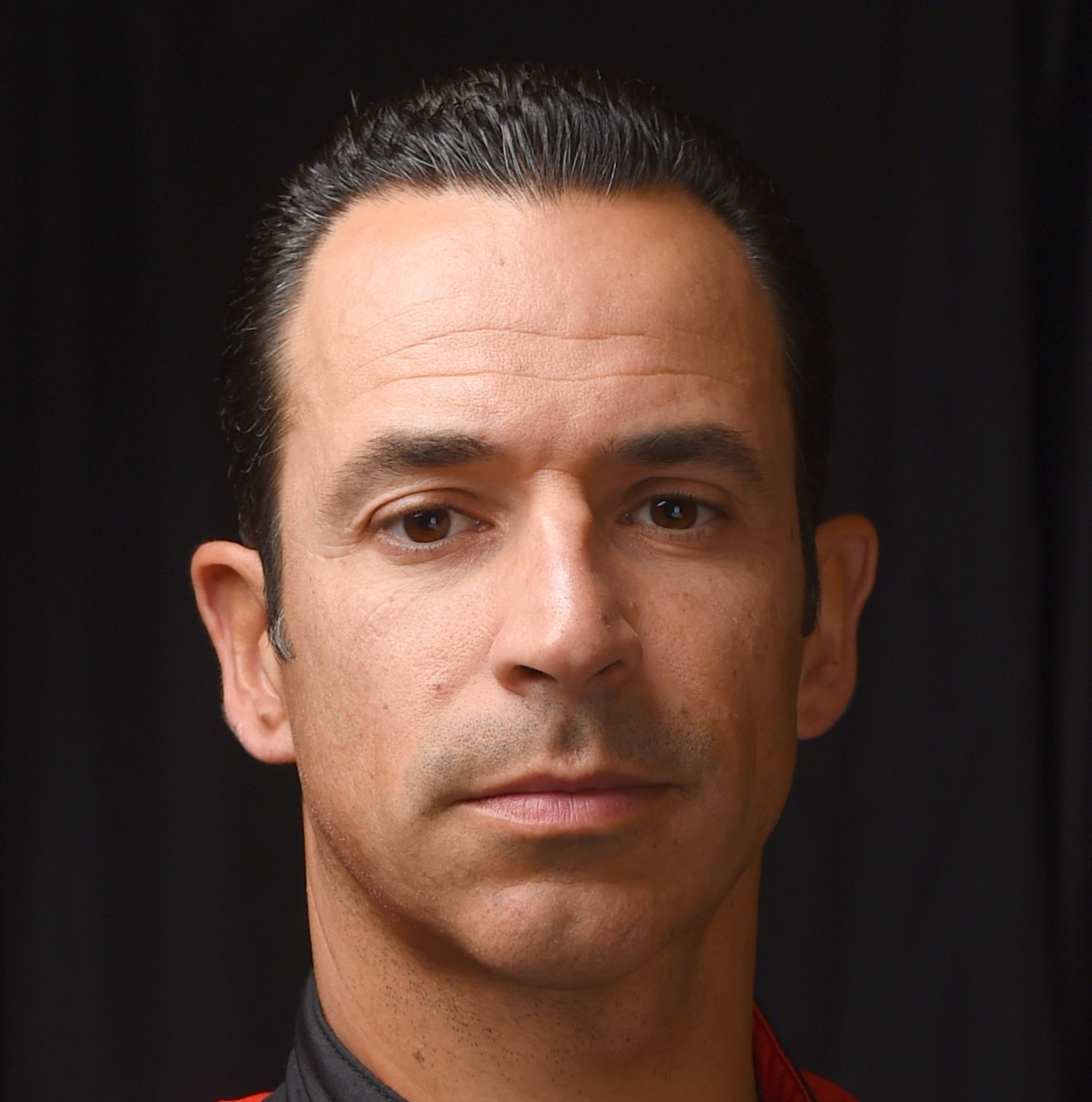 Verizon IndyCar Series and longtime friends Helio Castroneves and Tony Kanaan, who each completed their 20th season of Indy car racing in 2017, were honored recently in their native Brazil at the 21st Capacete de Ouro (“Golden Helmet") Awards in Sao Paulo.

Castroneves won his ninth Capacete de Ouro in the Formula Indy category, one of the highest honors given to Brazilian racing drivers by the Brazilian magazine Racing. The Team Penske driver, who won the Verizon IndyCar Series race at Iowa Speedway this year and finished fourth in the championship, previously won the award in 2003, ‘06, ‘08, ‘09, ‘10, ‘12 and ‘16. Castroneves is joining Penske’s new sports-car program in 2018, but will return in May to seek his fourth Indianapolis 500 victory.

Kanaan, who finished 10th in the 2017 Verizon IndyCar Series championship and announced last month that he will drive for AJ Foyt Racing in 2018, was honored with the silver helmet. Matheus Leist, named on Thursday as Kanaan’s 2018 teammate with Foyt after he won three Indy Lights presented by Cooper Tires races this season, was named winner in the International TOP category at the awards event over sports car racers Christian Fittipaldi and Bruno Senna.

Pro Mazda presented by Cooper Tires champion Victor Franzoni was a nominee in the TOP category won by Pietro Fittipaldi, grandson of two-time Indy 500 winner Emerson Fittipaldi. Created in 1997 by Racing, the primary auto racing magazine in Brazil, the Capacete de Ouro is selected by a vote of Brazilian journalists.

Verizon IndyCar Series drivers Zach Veach and Gabby Chaves are among the early entries for the inaugural Ignite Dash competition during the World Karting Association’s Daytona Kart Week from Dec. 27-30.

Veach, named to drive in the 2018 Verizon IndyCar Series season for Andretti Autosport, and Chaves, who drove in two races this season for Harding Racing, will compete in the spec Ignite Senior class for Margay Racing at the karting event at Daytona International Speedway.

“I’m very excited to get back to my roots of spec karting before I take on the biggest year of my life, my first full season in INDYCAR," Veach said. “A good portion of my karting career was spent on Margay chassis, so this will be a homecoming in more ways than one for me. Karting has a purity to it that is second to none, I’m really looking forward to getting back to that and to meet everyone at the track and enjoy what we all love."

Chaves, the 2015 rookie of the year for both the Indianapolis 500 and the Verizon IndyCar Series season, was the SKUSA Super Nationals TaG Senior karting champion in 2012 and has multiple other karting titles.

“I’m looking forward to being back in a kart at Daytona. It’s going to be a great challenge to go up against some of the top current karting talents and push myself to be fighting right up there with them. Can’t wait to get on track."

Race fans and residents of the Sonoma, California, area have a unique opportunity to take a ride in a first responder vehicle on the Sonoma Raceway road course as part of the track’s Laps of Appreciation benefit on Dec. 12 that will serve as a special opportunity for the North Bay community to gather and thank public safety personnel involved in the response to October’s devastating wildfires.

For $25 per person, attendees can enjoy a ride around Sonoma Raceway in their choice of first responder vehicles from several North Bay fire and police agencies. Tickets may be purchased in advance. Each ticket includes three ride tickets for laps around the road course, with proceeds benefiting the Sonoma County Resilience Fund and the Disaster Fund for Mendocino County. Sonoma Raceway will match up to $50,000 in contributions. The event runs from 5-8 p.m. PT Dec. 12, is open to all community members and is a family-friendly event.

Sonoma Raceway also announced that 53 area non-profit organizations will benefit from more than $405,000 in grants recently awarded by its chapter of Speedway Children’s Charities (SCC). The money was raised through fundraising efforts in conjunction with the track’s three major racing events involving INDYCAR, NASCAR and NHRA.

In total, $405,537 was distributed to youth-serving organizations in Sonoma County, bringing the chapter’s total distribution of funds to just over $6 million since 2001.

Race to Beat Cancer event set for February in Florida

Racing For Cancer, the charity begun by Andretti Autosport driver Ryan Hunter-Reay in honor of his mother, will host its third Race to Beat Cancer event Feb. 22-23 at Palm Beach International Raceway in Jupiter, Florida.

Participants can enter a two-day basic or advanced racing school with personalized coaching from Hunter-Reay and Schmidt Peterson Motorsports driver James Hinchcliffe. Racing equipment will be provided by the Lucas Oil School of Racing.

Proceeds from the event go to Racing For Cancer, whose mission is to raise funds to promote early detection and cancer prevention initiatives, as well as fighting childhood cancer. For more information on the Race to Beat Cancer event, email tom@racingforcancer.org.

Team Penske has announced extended relationships with a pair of sponsors for its Verizon IndyCar Series team.

REV Group, a leading manufacturer of specialty vehicle brands serving the commercial, fire and emergency and recreational markets, will be a full-season associate sponsor on the No. 1 Team Penske Chevrolet driven by reigning series champion Josef Newgarden and be an associate sponsor on the No. 3 Chevy driven by Helio Castroneves in the 102nd Indianapolis 500 presented by PennGrade Motor Oil in May.

In addition, the team announced that Fitzgerald Glider Kits, North America’s leading truck glider kit assembler, will continue as an associate sponsor on Newgarden’s car in 2018. Newgarden won the Honda Indy Grand Prix of Alabama in April when Fitzgerald made its debut as a primary sponsor on his car.

Three-day tickets for the 2018 Firestone Grand Prix of St. Petersburg are on sale now at gpstpete.com or by phone at 877-725-8849. The Verizon IndyCar Series season opener for an eighth straight year will take place March 9-11, 2018, on the streets of the Florida city and a runway of Albert Whitted Airport.

All three-day ticket options are available, including reserved grandstand, general admission and paddock and pit access. Pricing remains unchanged for the 2018 event for all tickets.

Race officials are also offering Champions Club access at a special price of $50 with the purchase of a three-day grandstand ticket option through Dec. 1. The Champions Club offers exclusive benefits and event access, including a souvenir credential with lanyard, complimentary Firestone INDYCAR paddock passes, access to the pre-race grid walk, discounts on official event merchandise, an opportunity to win a two-seater Indy car ride on the track and more. IndyCar