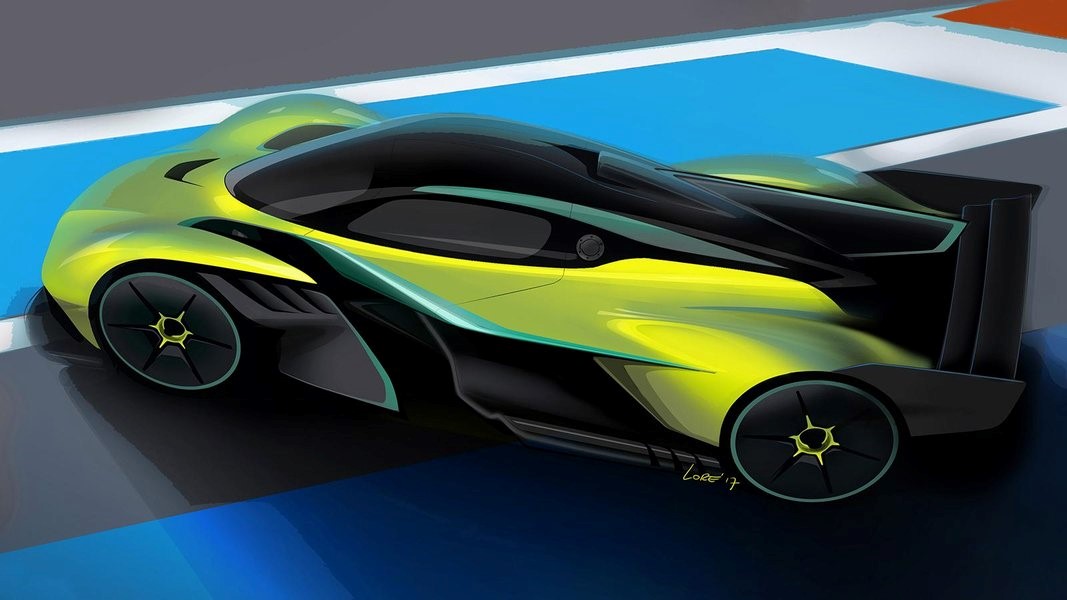 The two companies are taking the concept a step further with the Aston Martin Valkyrie Pro, a supremely rare beast which shall exist in just 25 examples delivered in 2020.

The AMR Pro will feature an outrageous naturally-aspirated 6.5-liter Cosworth-built V12 engine, the power of which has yet to be disclosed.

The mean machine is engineered to ride on smaller diameter wheels than its road car counter-part in order to allow the car to run with Michelin racing tires made to the same specification as those used by LMP1 cars in the World Endurance Championship!

"While it is endowed with extraordinary performance, it has always been vitally important to me that the Valkyrie functions well as a true road car, and that naturally comes with some constraints," says Red Bull tech boss Adrian Newey.

"However, with the track-only Valkyrie AMR Pro we have the freedom to create an extreme evolution that makes no such concessions.

"While the core elements of the road and track versions are shared, every aspect of the AMR Pro – aerodynamics, chassis, powertrain and weight – has been optimized to significantly extend the performance envelope.

"It offers a level of track performance significantly beyond any previous two seater closed roof car."

Interested? Forget it, all 25 cars have already been sold…