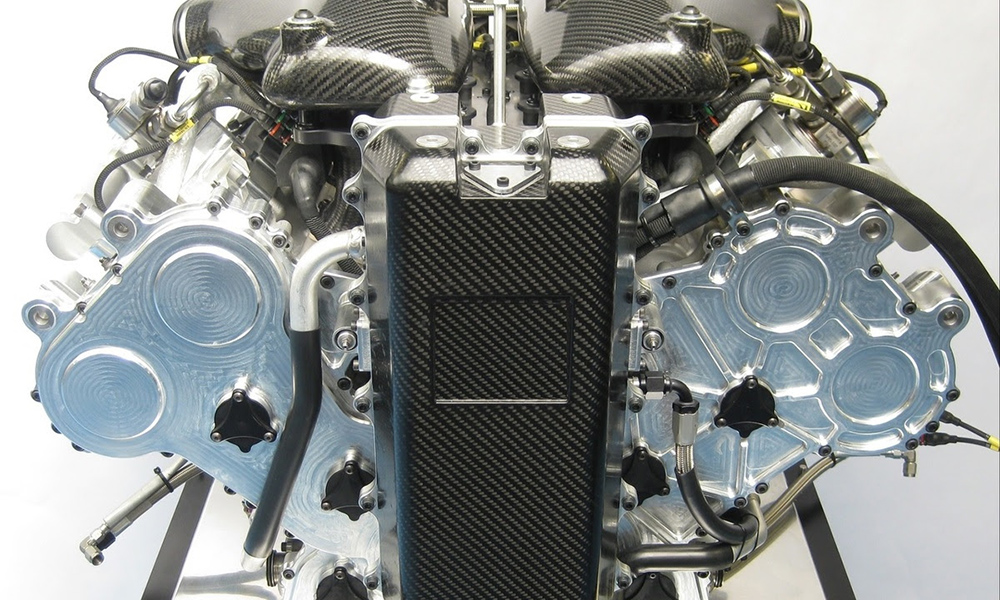 Advanced Engine Research, Ltd (AER) today introduced to the motorsport community the successor to its successful P60 LMP1-L engine. The P60B, which features substantial technical upgrades developed over the course of the past year, builds on the design of the V6 GDI P60, the engine powering the winners of the Endurance Trophy for Privateer LMP1 in the 2015 and 2016 seasons of the FIA World Endurance Championship and class victories both years at the 24 Hours of Le Mans.

AER congratulates BR Engineering on the launch of their all new LMP1-L chassis at Bahrain and is proud to support SMP Racing in the forthcoming 2018-2019 WEC Super Season.

Like its predecessor, the new P60B is a very compact, lightweight twin-turbocharged GDI V6 and specifically designed for peak fuel optimization and the FIA WEC in the LMP1-L class.

“AER’s LMP1 engine has been in a state of constant development since its inception in 2013," said Mark Ellis, the company’s technical director, noting that AER have gained huge experience from testing, racing, and dynamometer development in the past three years. “But the specific, integrated package of upgrades we’ve been working on since this past January represents a sufficient step forward that it warrants the change in nomenclature. The P60B incorporates improvements that make it a step up from the P60 in terms of both performance and reliability that’s required for continued success in endurance racing."

According to Ellis the most prominent of the optimized component specifications include implementation of updates to the high-pressure fuel system, cylinder head casting, scavenge system/oil tank, ignition system and engine calibration.

“Following impressive dyno test results, the first P60B was delivered to a customer last month," Ellis said. “AER have since built several P60Bs in support of track-testing, as well as the 2018-2019 racing super season."

Ellis noted that as a complement to endurance track-testing, AER is undertaking constant in-house dynamometer testing that substantially exceeds the demands of the Le Mans 24-hour race’s duration.

Mike Lancaster, AER’s Managing Director, noted the larger technical and organizational context of the introduction of the P60B. “This has been done in parallel with heavy investment in AER’s facilities in 2017, and in support of AER’s planned and future racing activities. All of our clients are now benefiting from this program and those benefits will only increase with the passage of time."