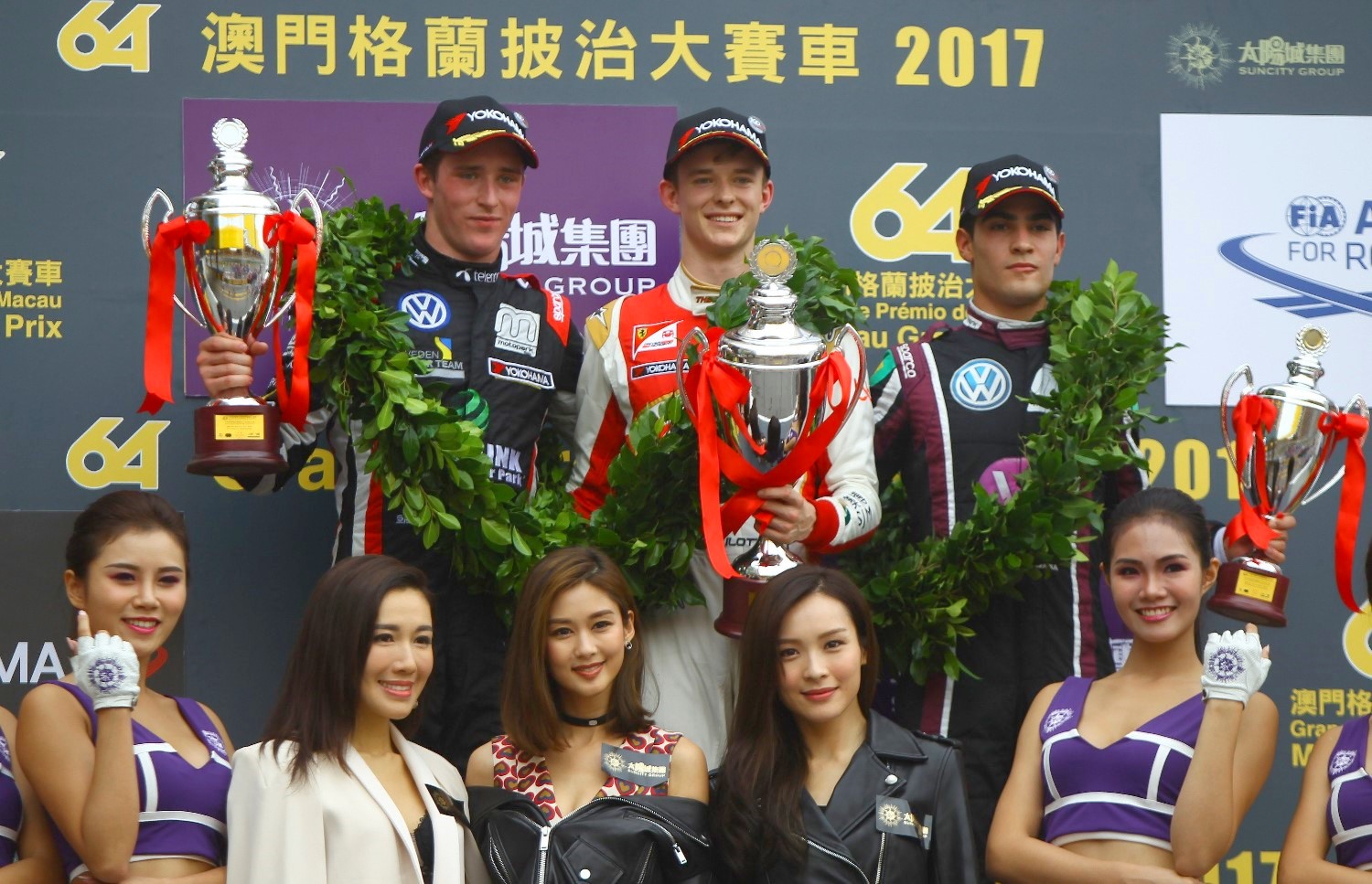 Ferrari protege and SJM Theodore Racing by Prema driver Callum Ilott scored a sensational victory in the Qualification Race ahead of the 64th Macau Grand Prix.

By the end of the first lap, Eriksson had opened up a one second lead over Ilott, and he maintained that advantage in the early stages of the race before his rear tires started going and his pace dropped.

Ilott was soon hassling him hard and, on lap six, he attempted to draft past Eriksson on the run down to Lisboa, but could not quite get in front under braking.

However, a lap later, Ilott elected to make his move much earlier – and drafted past before the high speed Mandarin Bend swoop before defending the counter attack at Lisboa.

From there, Ilott’s advantage was obvious as he pulled well clear – taking the checkered flag 7.9 seconds clear of Eriksson.

“I didn’t expect to pull away so quickly," said Ilott. “The first time I tried to overtake Joel after Mandarin, I didn’t really get the run I wanted. So I thought I would try to surprise him and get him before Mandarin. It was still close into Lisboa but I managed to hold it."

Over the final laps, Eriksson found himself under pressure from Motopark with VEB teammate Sergio Sette Camara. But despite Camara twice getting alongside Eriksson he could not get past, as the pair eventually came home in second and third.

Ilott never looked back and impressively began pulling away from the chasing pack, eventually taking a commanding victory by nearly eight seconds.