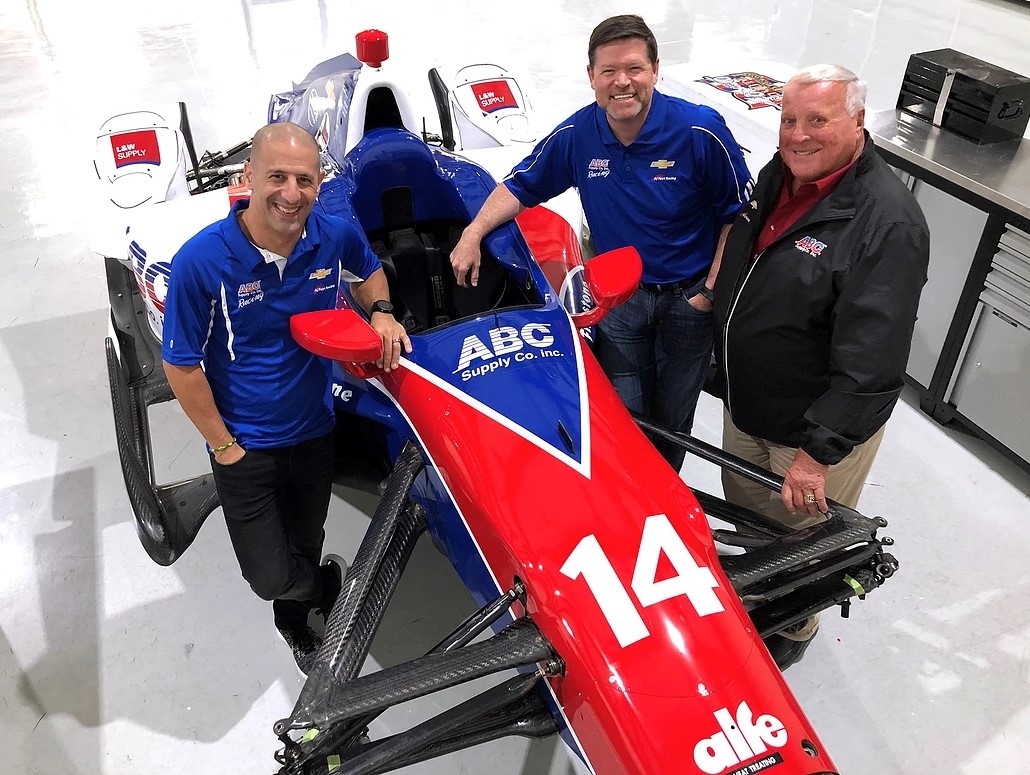 As Tony Kanaan prepared to sign last month with AJ Foyt Racing for the 2018 Verizon IndyCar Series season, the veteran driver did so with goals still to accomplish in mind.

Clearly, there was the opportunity to extend a stellar Indy car racing that will stretch into a third decade next season. There’s also the desire that continues burning inside for a second Indianapolis 500 victory and to return the team led by racing icon A.J. Foyt to prominence.

But Kanaan had a couple, more subtle objectives to achieve when he signed on the dotted line. One of those goals was accomplished with the signature next to his on the contract.

“I’ve always dreamed in my career to have A.J.’s autograph, which he doesn’t do it very often," said Kanaan (left). “But I got it on my contract, so that’s plenty good."

The other dream Kanaan is eager to see come true next May at Indianapolis Motor Speedway is more symbolic in nature. The 42-year-old Brazilian is a huge fan favorite annually at Indy, but he knows his popularity pales in comparison to that of Foyt – the first of just three four-time Indianapolis 500 winners.

Kanaan said it’s evident from the onset of the first practice session each year, in particular with the royal treatment Foyt receives from the IMS Safety Patrol, more affectionately known as “yellow shirts" for their iconic uniforms.

“How many times I got in trouble trying to drive my golf cart through Gasoline Alley and actually got stopped by the yellow shirts and got yelled at and got sent out," Kanaan said, flashing a smile. “And here comes A.J., riding right by (without being stopped), saying hi and all the yellow shirts are (bowing) and like, ‘A.J.! A.J.!’"

The 2013 Indy 500 winner cannot wait to take in that experience with the legendary Foyt next May, a ride to pit lane.

“Opening day (at IMS), the first thing I’m going to do is hop in that golf cart with him," Kanaan said, the eagerness building in his voice. “I just want to have that experience. After I think I’ve seen it all at the speedway, this is one thing that I am missing and I’m doing it.

Kanaan has heard a sampling of Foyt’s legendary stories over the years, but he can’t wait to spend hours in the Foyt garage taking in as many more as he can from the man himself. It’s that connection of two great drivers from different generations that Kanaan is eager to make.

“The old man has a lot of stories and a lot of experience," Kanaan said. “I want to take it and one day I’ll be proud telling the stories that he told me and I’ll be proud to say, ‘When I drove for A.J., this is what we did.’"

Foyt, whose 67 Indy car wins are the most in history by any driver, admits he sees parallels to his driving style and that of Kanaan. It’s one of the driving reasons why he sought to add the 2004 Verizon IndyCar Series champion for the 2018 season and beyond.

“What I’ve liked about Tony is I’ve seen him when he’s been struggling, but he never gives up," said Foyt, owner of his own team since 1966. “That’s one thing I never did. I know a lot of races I won that I wasn’t capable of winning, but I never gave up and at the end I was still there and I won the race. That’s what I really like about Tony, he never quits.

“I think it’s going to put AJ Foyt Racing back where it needs to be," Foyt added. “I think he can move us right back up front where we belong."

Kanaan will drive the iconic No. 14 ABC Supply Chevrolet in the 2018 Verizon IndyCar Series season that begins March 11 with the Firestone Grand Prix of St. Petersburg. Mark Robinson/IndyCar