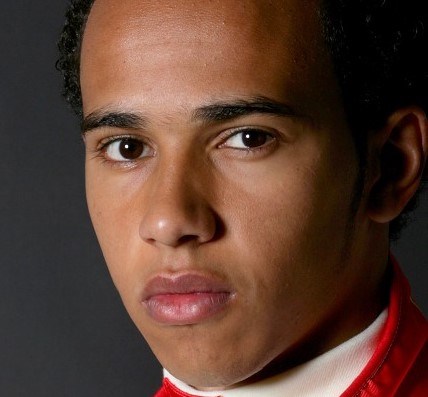 UPDATE #3 We are upgrading this rumor to 'strong' today. Ron Dennis has given the strongest hint yet that protege Lewis Hamilton is ready to graduate to motor sport's highest category.

The 21-year-old, who is presently the standout of 2006's support 'GP2' category, is being mentioned as a possible teammate for McLaren arrival Fernando Alonso next year.

Indeed, with team incumbent Kimi Raikkonen thought to be definitely Ferrari-bound, rumors in Monaco last weekend suggested that Juan Pablo Montoya has now been quietly told that his services will not be required beyond October's Brazilian grand prix.

''(After GP2) we will guide him to the next and highest level,'' team principal Dennis, referring to Hamilton – who has Caribbean ancestry – told the 'Times'.

Dennis added: ''Will he be in formula one next year? I believe he will be.''

But for which team? The Englishman answered: ''I don't know yet.''

Hamilton's father, meanwhile, confirmed to the newspaper that 'a number of teams' have already declared their interest in his youngster.

He said: ''But Lewis desperately wants to drive for McLaren. He would not be fazed and would not let the team down.''

05/09/06 "Lewis's performance in the Saturday race was the most phenomenal I have ever seen in GP2," Martin Whitmarsh, McLaren's chief executive, said. "If he continues like that he could decimate the entire field through the remainder of the year. This is doubly impressive when you consider that most of his rivals are in their second year racing in the category. Outstanding stuff."

Hamilton's Trinidadian roots have no impact, of course, on his ability to bear down on a corner at 200 mph-plus, just as Woods' multi-cultural background has no influence on his capacity to send a golf ball arrowing through the ether. In fact, if you mention the color of Hamilton's skin to Dennis, his own complexion takes on a darker hue.

"His blackness isn't important," Dennis said. "I have constantly said to him the moment that you exploit your blackness, you are going to have a problem with me. Basically, you've got to develop your career on your ability to drive a racing car."

Hamilton's hit rate is phenomenal. His stunning display at the Nurburgring, where he won on Sunday despite a 10-second drive-thru penalty, made Dennis's eyes water, and an awful lot of racing talent has passed through those hands, Ayrton Senna, Alain Prost and Mika Hakkinen to name but three. Winning more than 50 per cent of Formula 3 races is rare. A 75 per cent return is almost unheard of. McLaren signed Prost in 1980 on the back of seven wins in 12 European F3 starts. In 1983, Senna rattled off 12 wins from 20 races in British F3 and seven years later nine wins in 17 attempts proved Hakkinen's pedigree.

The point about GP2 is that all the drivers are in the same machinery. The sight of Hamilton carving past drivers of greater experience, not least the move he pulled on his Art Grand Prix team-mate Alexandre Premat in Germany, forced Dennis to abandon caution.

After the demolition of that GP2 field, Dennis conceded that McLaren may indeed be the team for him. "It's not impossible," Dennis said. More at Telegrapgh.co.uk

The young Briton, with a long term relationship with McLaren and Mercedes, has been dominant this weekend at the Nurburgring, winning both races in the support category.

Foreseeably, Hamilton – who would be the first black racer in formula one – could emerge next to Fernando Alonso at the silver-clad team in 2007.

Asked whether the GP2 driver appeared ready for the pinnacle of motor sport, Michael Schumacher's manager Willi Weber told 'Premiere': ''It looks like it.''

05/07/06 According to a report on autosport.com, McLaren Mercedes protege Lewis Hamilton could be considered as teammate to Fernando Alonso in the teams 2nd car for 2007.

"He's doing a good job obviously, and he was very dominant yesterday," Ron Dennis, whose McLaren team have had Hamilton under contract for a decade now, said today.

"It's very early days, and we'll see how his performance unfolds. Clearly, our position as a team is to have the best available drivers, and it is always nice to have a choice.

"[Mercedes director] Norbert [Haug] and I invested a lot of money and time in Hamilton, going right back to when he was 11 years old, I think. It's nice to see he has responded to the challenge, and he is doing his bit of the relationship."

"We have a very clear objective to end up with the best available drivers. We're concentrating on winning races and are not too concerned about next year."