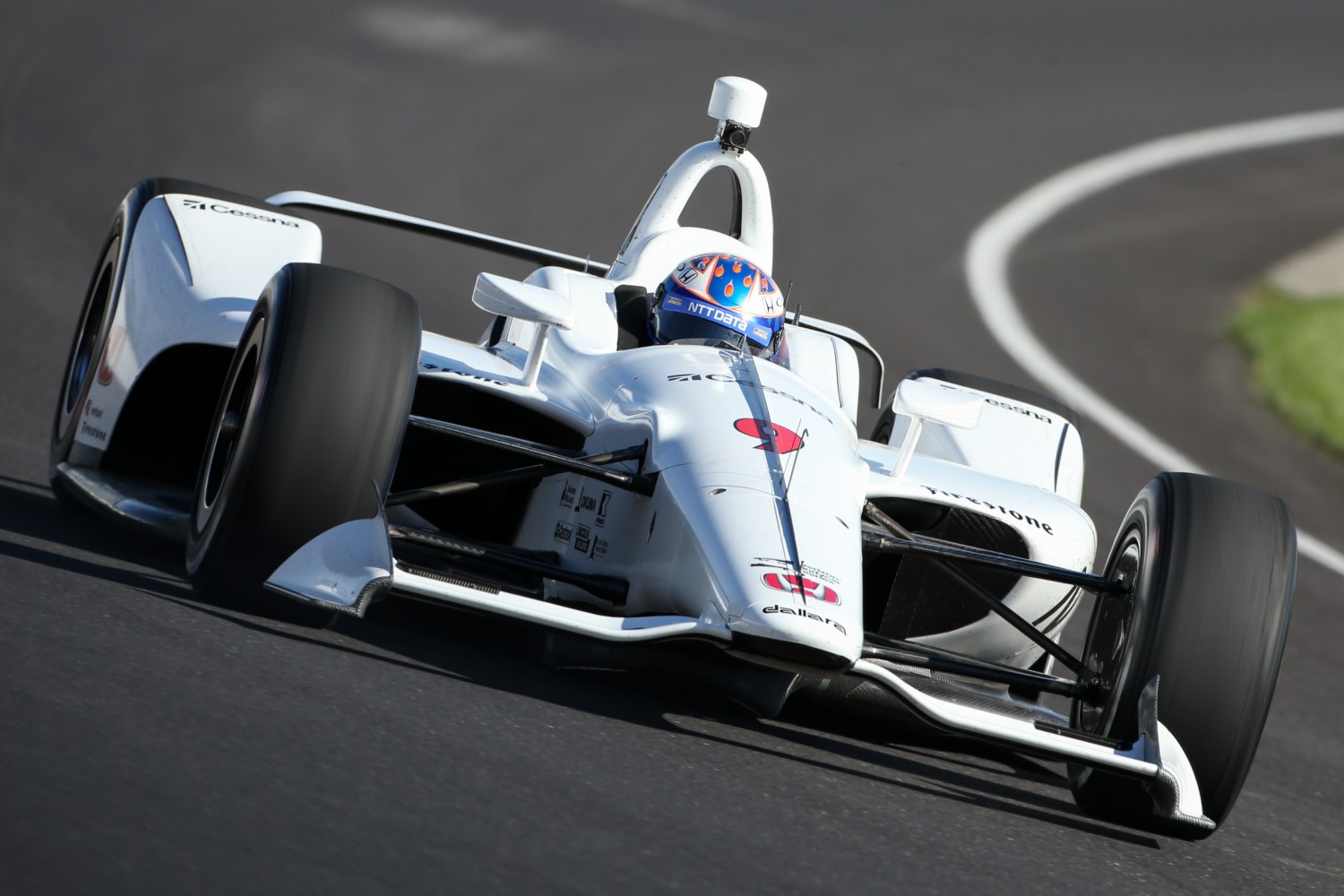 The trial marked Chevrolet’s first crack with the superspeedway package at Texas. Honda tested on the 1.5-mile high-banked oval three weeks ago.

Newgarden, the reigning Verizon IndyCar Series champion, piloted the Team Penske car while Carpenter and Pigot split time in the Ed Carpenter Racing entry. Other Chevrolet-supplied Verizon IndyCar Series teams had representatives on hand, as all entries in 2018 will be equipped with the universal kit developed by INDYCAR and chassis maker Dallara following three years of aero kit competition between the two engine manufacturers.

“We have the new aero kit, obviously, which has been tested with the Honda guys (at Texas) and now we’re the Chevy group trying it out for ourselves," Newgarden said when testing halted for the midday break.

“It feels different. I wouldn’t say it feels drastically different from a feel standpoint (compared to the past aero kits). I think this type of oval will be less of a change than some of the other tracks with the aero configurations, but there’s small differences just running by ourselves. I’m sure I’ll have more of a feeling difference when I get to run in traffic. That’s only by myself where I’ve not noticed as big of a shift.

“We’re just working through different aero sweeps," Newgarden continued. “Understanding what it does with where we were last year and what it’s going to do with what we’re probably going to go as a series going into next year, as far as downforce levels and were the series is going to want us at. Understand the differences with the car and gather data going into the offseason and have something to work on. That’s really been our objective this morning."

Carpenter also took part in Chevy’s short oval test at Phoenix Raceway last month, so could lend perspective to the unique oval track disciplines. Although he said it’s too early to get a read on what is needed from a setup standpoint for the Texas Indy 600 when the series returns to race in June, this test brought everyone a step closer to figuring it out.

“There’s obviously a lot that’s changed since we were here before, still figuring (the new car) out, to be honest," said Carpenter, who won the 2014 race at Texas. “Compared to Phoenix, it’s not as different here, but it’s definitely still different. It has a different feel. Like, the way you drove it at Phoenix was probably a little more different than here, but it makes downforce in such a different way that the way that you sense the feedback and stuff from the car, to me, is a little different.

“As far as how it’s going to affect the type of racing one way or the other, we don’t really know yet. Josef and I have each been on our own program this morning. Even when we’ve been on track together, we’ve been at opposite ends.

“Hopefully we’ll be running together a little bit here after lunch and get a better feel for what kind of differences there are in traffic."

Each manufacturer has a couple remaining test days scheduled in December, each with two cars at its disposal. Teams are scheduled to receive their aero kits shortly, allowing them time before the December holidays to attach them to their Dallara IR-12 chassis. Team testing is permitted beginning Jan. 7.