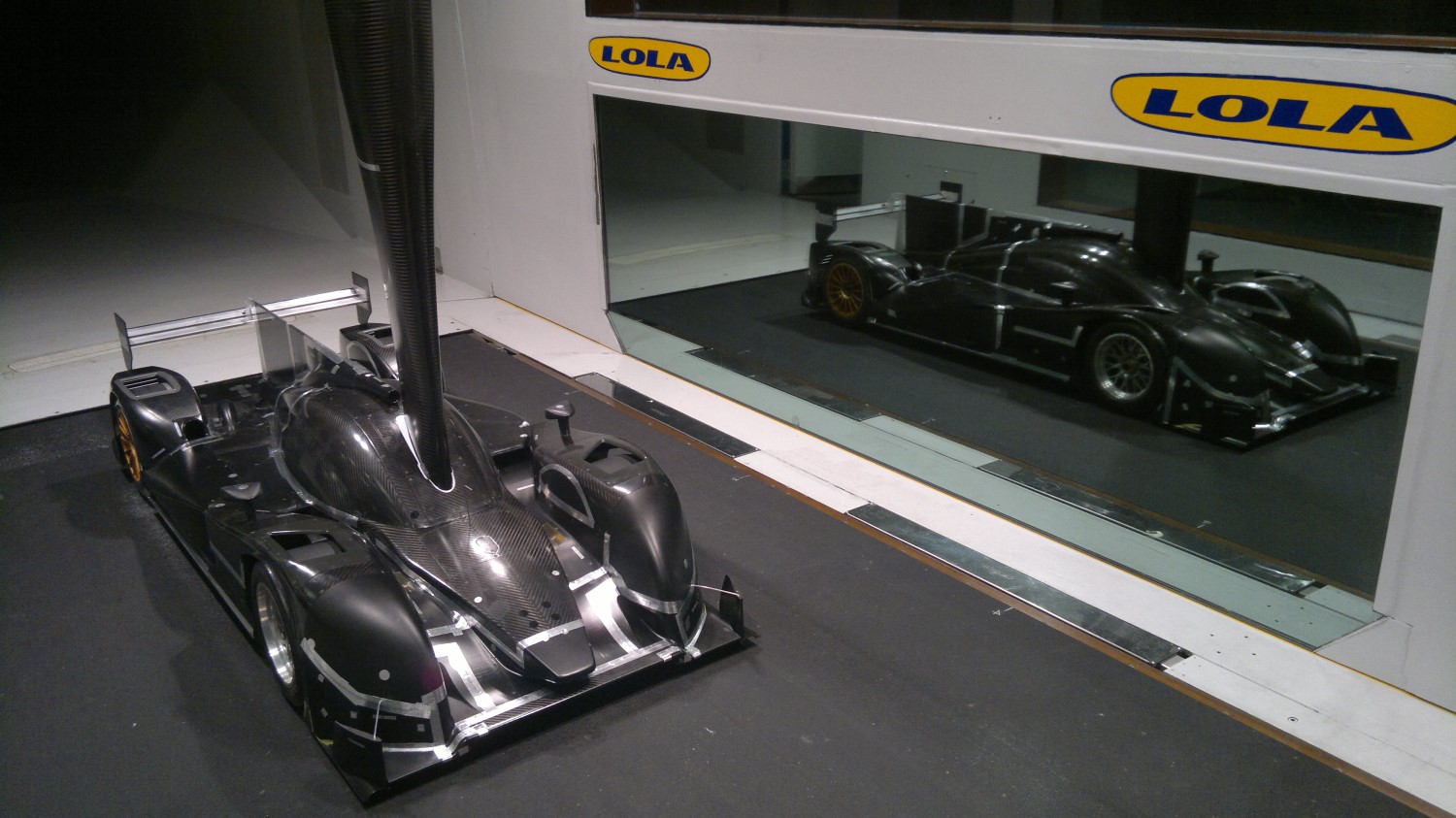 The Lola Technical Centre, housing the Lola Wind Tunnel, one of Europe’s most technically advanced and commercially available wind tunnel operations, is about to be put up for sale.

Former racing driver and owner of the Cambridgeshire-based Lola Group, Martin Birrane, has decided, now that he is no longer involved in motorsport engineering, that the continued development of this exceptional facility would be best taken forward by those within the automotive or motorsport industry.

Many of the current Formula One grid have developed cars in the Lola Wind Tunnel over the last 18 years, and of course Lola itself used the tunnel in the development of its all conquering Champ Cars, the hugely successful Le Mans prototypes and the A1 Grand Prix series cars. Lola also won the F3000 contract in 1999 – 44 cars and spares for a three-year period. It also procured the provision of the Nippon cars on more than one occasion. It’s true to say that the Lola Technical Centre was central to Lola’s success during the first decade of the noughties. The Lola Technical Centre includes not only the state-of-the-art Wind Tunnel, but also a seven post dynamic suspension rig and a fully equipped model shop.

In fact use of the Lola Wind Tunnel is not exclusive to motorsport – its cutting edge technology is also used across the automotive, defense and aerospace industries by clients including Scania and Airbus.

Martin Birrane, who will be focusing his attention on Mondello Park and other business ventures which he owns, said: “It has been a long and mostly successful journey for me in racing car production and technology, and it is important to me that the Lola legacy lives on, continuing to contribute to the UK as a global leader in this sector.

“I am extremely pleased with the state-of-the-art Wind Tunnel facility and the contribution it has made to some of the most technologically advanced organizations in the world – in motorsport, aerospace, defense and automotive. It’s a successful and sustainable business in its own right and will be a valuable acquisition for any prospective buyer. It’s the start of an exciting new chapter, but I want to try and ensure it continues in ‘the right hands.’"

For further information about the Lola Wind Tunnel, visit: www.lolatechnicalcentre.com

1) Martin Birrane purchased the Lola Group in 1997, investing millions in the business, including the Lola Wind Tunnel in 1998, to rescue the iconic British marque when it came close to folding.

2) At the height of its success under his stewardship, Lola regained all the Champ car business lost under the previous ownership in 1997. Lola-designed prototypes, won in the US and won their class at Le Mans five times between 2000 and 2007. In 2005, the Group built 50 cars for the A1 Grand Prix series, dubbed "the world cup of motor racing".

3) The company also built the Le Mans prototypes raced successfully by Aston Martin, chassis-prototyping for manufacturers, including McLaren, as well as the carbon fiber bodywork for a 200mph McLaren supercar – the SLR – while many of the current Formula One grid have developed cars in the Wind Tunnel over the last 18 years.

4) Lola Cars International stopped manufacturing racing cars in 2012, however, large parts of Lola Composites lives on through Forward Composites, which employs some 160 staff. And of course, the company’s reputation for world-class performance and engineering excellence lives on through the Lola Technical Centre and the Lola brand.

5) Martin Birrane has motorsport in his blood, having competed successfully in all types of racing for 42 seasons and at the Le Mans 24-hour on 10 occasions, achieving a podium finish in 1980 and then winning the GT class in 1985 in a BMW M1. Setting the Irish land speed record in 1990 was another memorable achievement.