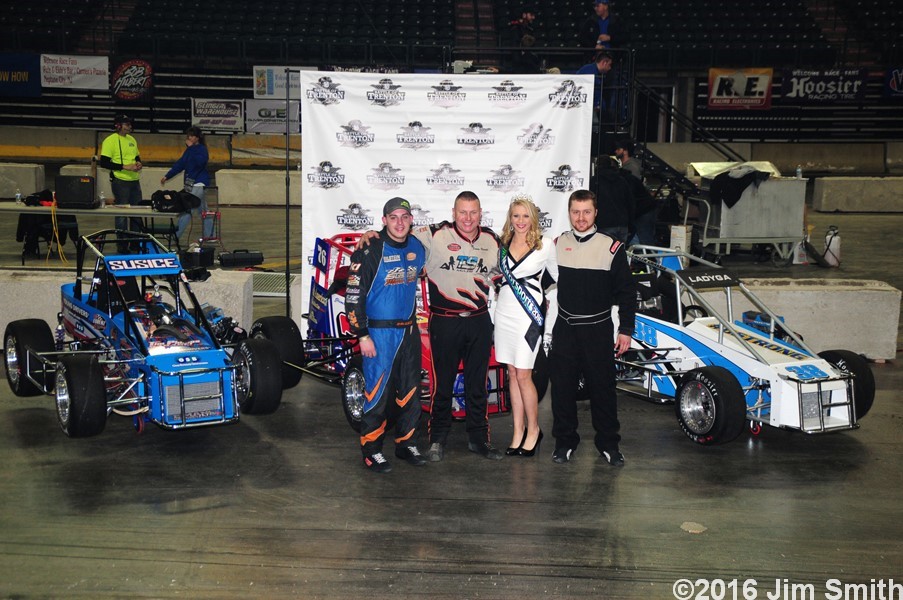 TRENTON, NJ . . . Brian Montieth, affectionately known as ‘The Edge’ for his penchant of getting the most out of his Premier Auto Works No. 21 410 Sprint Cars, will be putting Indoor Auto Racing Series fans on the edges of their seats this December 1-2, 2017.

Montieth is the latest entry for the first East Coast Micro Dirt Nationals, coming up at the CUREâ€ˆInsurance Arena in Trenton, N.J.

The Phoenixville, Pa., native will be driving a wingless dirt 600cc Micro Sprint in the much anticipated race that is owned by Tom Fraschetta.

“It’s a new challenge for sure," Montieth said. “I’ll be looking to find the fast way around the track like I do at Williams Grove and Lincoln."

The veteran wheelman learned his racing skills in Quarter Midgets where he carved 500 notches in his victory belt. He was an eight-time Pennsylvania state champion and a national Quarter Midget champion.

Rich black clay has been ordered and the track crew is preparing to make it banked, smooth, tacky and fast. Race teams have responded with nearly 100 600cc Micro Sprints entered for top drivers from eight different states.

Though Montieth could well be classified as a pre-race favorite, he’ll be a rookie at the new venue as will everyone else.

The stakes are high: a $5,000 first place prize awaits the winner of the Saturday night A-Main if they enter the Gambler’s Bonus program.

Though the East Coast Indoor Nationals is a new attraction, the CURE Insurance Arena (formerly Sun National Bank Center), has hosted TQ Midget racing for the past four years on the arena’s concrete floor.

The racing schedule will tentatively call for heat races with passing points and four A-qualifier feature races on Friday night. On Saturday it will be “alphabet mains," with racers having the opportunity to advance from double F, E, D, C and B-mains to the 40 lap “A" feature.

The agenda calls for racing to start at 7 p.m. on Friday and 5 p.m. on Saturday.

Oliver Communication Group (OCG) of Bordentown, N.J. has signed on as an associate sponsor of the event. Other sponsorship packages remain.

Tickets for both days of the event are available at the CURE Insurance Arena Box Office or by phone at 800-298-4200. Further information is available at indoorautoracing.com, email to motorsports@aarn.com or by calling 609-888-3618.