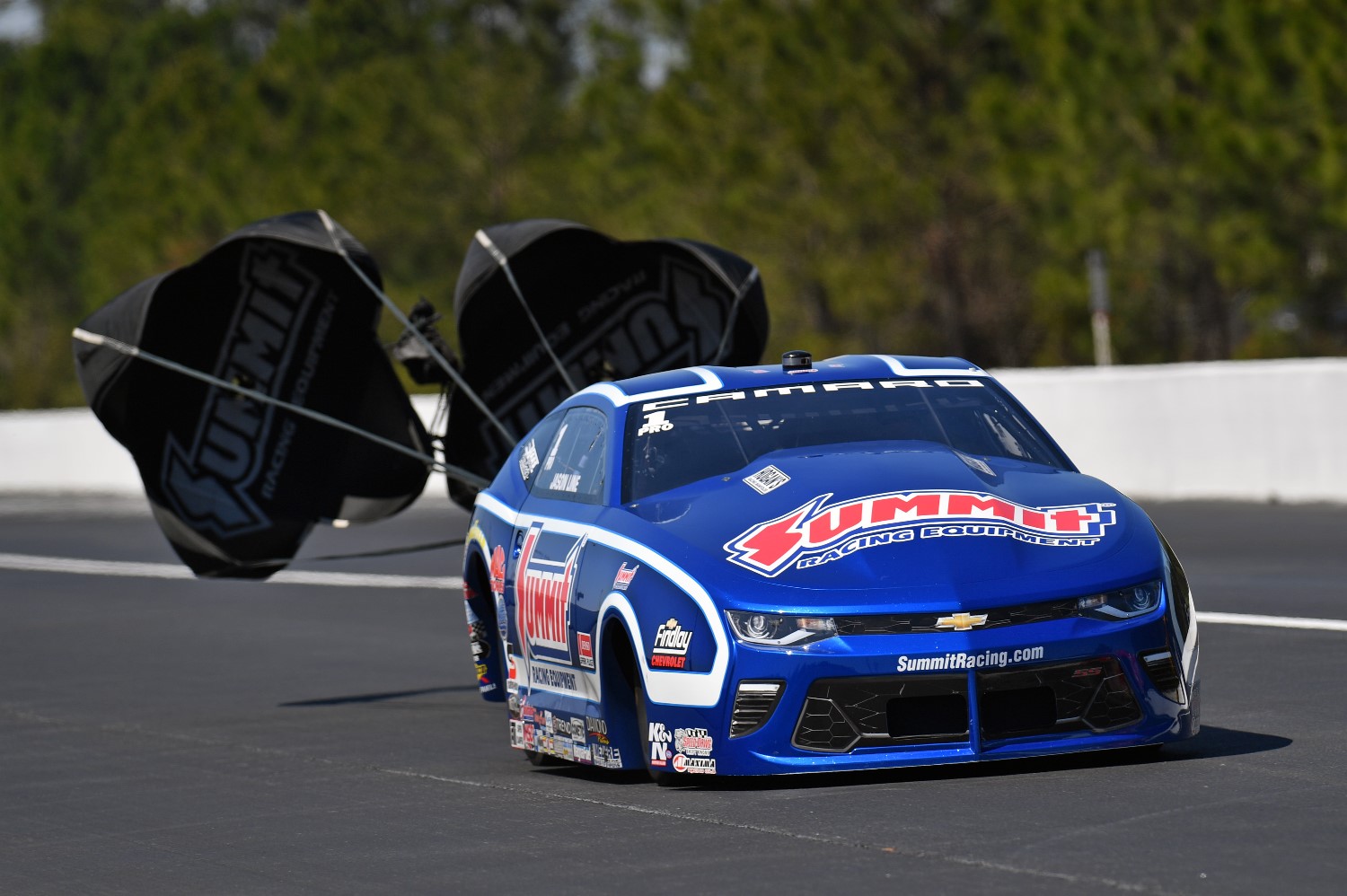 The NHRA Pro Stock field will lose a second Mopar Pro Stocker in 2018. In addition to the departure of Allen Johnson, Deric Kramer confirmed with CompetitionPlus.com at the NHRA Auto Club Finals he will run horsepower supplied by KB Racing at 15 races next season.

Kramer confirmed he will race a Camaro with the new horsepower.

"I think we’ll be in a Chevy next year. I know they’ve had a lot of interest in working on Dodges just to try it and see what they can do, maybe a project of theirs or just exploratory research," Kramer said. "I’m not sure. But that’s something they definitely want to look into. But initially, I’ll definitely be in a Camaro."

The reality he will have horsepower from a proven championship engine shop excites Kramer.

"I’m really excited," Kramer said. "Those guys are the best, they’ve been the best out here for years. It doesn’t always show in the championships, but as you look over there, there’s championship years, a lot of years next to both of their names. So being over there and getting the chance to learn just will be really exciting."

Kramer said the manufacturer switch is fine with him because he's only emotionally committed to running fast regardless of the car he's in.