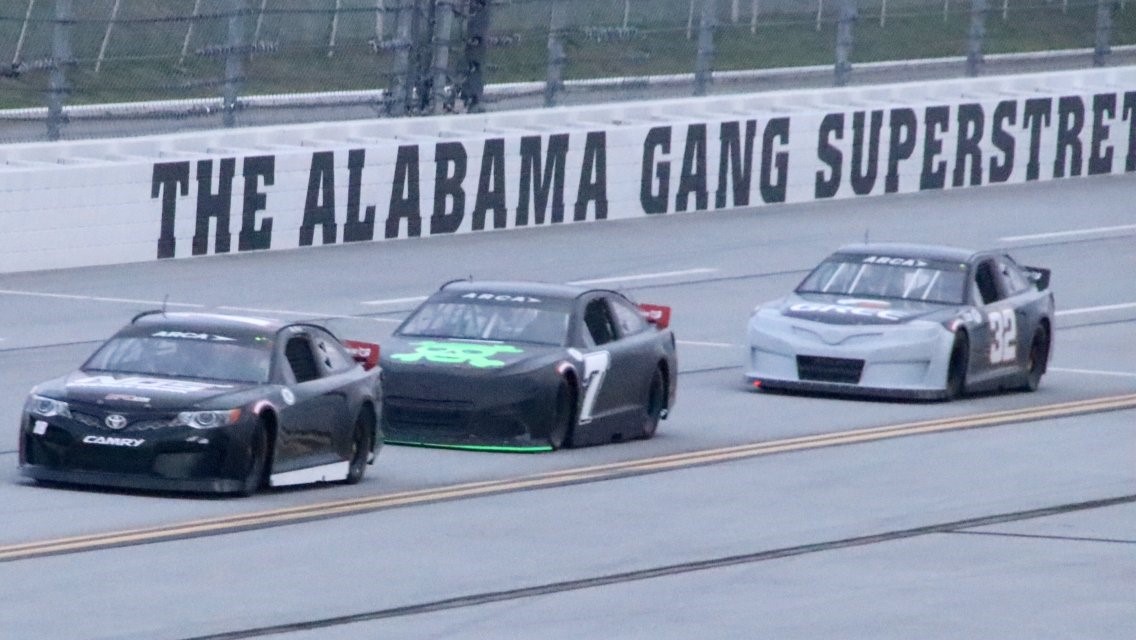 A total of 16 drivers, including 2017 Series champion Austin Theriault, former Talladega winner Gus Dean along with Alabama natives Bret Holmes (Munford) and Thomas Praytor (Mobile), were on hand to give the bodies their first laps around Talladega. After being utilized at short and intermediate tracks this past season, the new bodies will be used at both restrictor plate tracks – Talladega and Daytona International Speedway – for the first time in ’18.

“We went out there with about five or six cars and we didn’t get to bump-draft as much as we normally would during the course of a race weekend, but we each took turns leading and shuffling the order to see what our cars could do," said Holmes from nearby Munford, who is also a student at Auburn University. “The new body feels somewhat similar to the old style here at Talladega, and I think it’s going to be really good when we get back here with an entire pack of cars going for the win. It’s just a new ball game for us on a big track like Talladega. Can’t wait to get back," added Holmes, who finished sixth in this year's title chase.

One person in attendance who has a lot of experience at Talladega was Theriault’s car owner Ken Schrader, who ran Monster Energy Cup Series races at the 2.66-mile venue from 1985-2010. He walked away extremely pleased.

"We like everything we have seen so far," said Schrader, who won Talladega’s 1988 Diehard 500 – his first in NASCAR’s premier series – along with a NASCAR XFINITY race win in 1994. "The new body will probably make the field even closer in the draft than what we have seen before – believe it or not. The body has been proven at short tracks and at medium to larger tracks. I think it’s going to be really good here, too, as well as Daytona. ARCA has really done a great job over the last couple of years with this series."

Body styles eligible for competition in the ARCA Racing Series at Daytona and Talladega in 2018 include the Chevrolet SS, Ford Fusion and Toyota Camry. Teams have the option of running the ARCA Ilmor 396 or the Legacy engine package.

A staple at Talladega Superspeedway since its inception in 1969, the ARCA Racing Series Presented by Menards returns for the General Tire 200 to kick-off an eventful weekend of the Most Competitive racing on Friday, April 27, 2018. The weekend will also include the exciting Sparks Energy 300 for the NASCAR XFINITY Series on Saturday, April 28 and the GEICO 500 on Sunday, April 29 as Ricky Stenhouse Jr. goes for two straight.